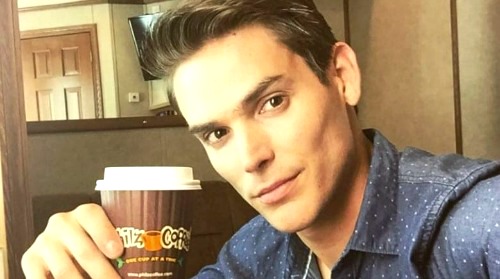 The Young and the Restless spoilers tease that Victor Newman’s (Eric Braeden) meanderings in Las Vegas, Nevada, appear to be connected to Adam Newman’s (Mark Grossman) comeback. With however Y&R’s newest Adam Newman is received by family members and enemies in Genoa City whenever the reveal happens, how will fans of this iconic steamer respond to the latest recast?

The Adam casting process has been a story unto itself since Michael Muhney was unexpectedly let go in December 2013. It’s hard to imagine that was more than five years ago, due in part to persistent rumors, which were fed by the actor’s hopes of returning to the show, that Muhney would reprise the role his efforts made famous.

Chris Engen became the first adult Adam, as the character was SORAS’d in 2008. Yes, that was more than a decade ago when the adult Adam debuted, eager to prove himself to Victor and the world. Engen proved to be a capable actor. But he was replaced by Muhney in 2009, after which the show and the actor drove the part to directions that hadn’t been seen, or were predictable.

Muhney’s epic run included the creation and destruction of Shadam and Chadam, though this pairing was revived in later years, added a child, Connor Newman (Gunner and Ryder Gadbois), and may still exist in 2019. Adam also became Victor’s greatest foil because Victor, Junior was like his father in many ways.

Thankfully for both Newman men, they departed on good terms as Justin Hartley voluntarily departed the cast in 2016. Hartley, who then went on to star in the mega-hit This Is Us, impressed Y&R’s audience with his far subtler portrayal of Adam.

A fair comparison between the versions Muhney and Hartley can be made. Muhney’s version was ever-intense. Hartley was given scripts that took Adam down a number of notches and he consistently delivered, which was a fully laudable acting accomplishment.

While not mild-mannered, Hartley’s Adam was less volatile. The accidental death of Delia Abbott (Sophie Pollono) bore heavily on his soul, which played directly into Hartley’s entire tenure.

So, Chloe Mitchell (Elizabeth Hendrickson) was believed to have killed Adam through the cabin blast in September 2016. Obviously that assumption is about to be proven wrong, since Adam will soon be revealed as very much alive.

Grossman’s task is different than Hartley’s. Instead of just avoiding a replay of Muhney’s generational performance, Grossman must avoid Hartley comparisons. That means he’ll need to find a fresh, middle ground.

What the newest Adam’s face looks like is actually a minor issue, as the newest visual difference doesn’t actually need to be explained if the show opts to avoid it. Seasoned soap fans accept changes of this nature, as they know escapist entertainment employs a suspension of disbelief story-telling method.

Y&R’s new head writer, Josh Griffith and his writing staff, must create a return arc that is compelling and sustainable. That, along with Grossman’s acting chops, will be the two determining factors regarding whether, or not, the new Adam wins the audience over.

Here’s an EXCLUSIVE sneak peek at Genoa City’s newest hot spot, Society! ✨ Tune in to #YR tomorrow to see its grand opening that’s sure to bring glamour, romance, and plenty of drama. 👏 pic.twitter.com/yo0VQUlkWT