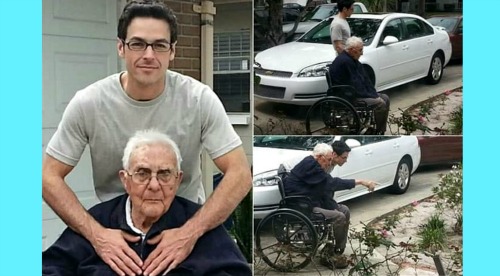 The Young and the Restless (Y&R) spoilers reveal that one CBS soap star has suffered a crushing blow. Y&R viewers will recall David Scott Lago’s time as Raul Guittierez in Genoa City. Unfortunately, the alum had some sad news to share with his fans on Instagram. There’s been a death in Lago’s family, so he’s doing his best to deal with this tough loss.

“My 101-year-old grandfather, Pedro Iglesias, has passed on and crossed over today,” Lago said in his post. “Tough as hell to the very end, surrounded by loving family. I love you, Pipo I miss you, I will never forget you, but I shall see you again at some point. #faith God bless you and enjoy the reunion!”

A family loss is tough no matter the person’s age, but Lago can take comfort in the fact that his grandfather lived a long life. It sounds like Iglesias passed peacefully, so that’s something else to find solace in. Lago seems to be in good spirits since he’s focusing on the positive aspect of seeing Iglesias again someday.

In addition to his sweet words for Iglesias, Lago put up some great pics to remember him by. He got plenty of supportive messages from fans in the comments. “He will be with you Forever in your Heart as you have him in You,” said one commenter. “My condolences to you and the family, what a life he had,” said another.

On a happier note, Lago recently spent some time hanging out with The Young and the Restless cast and some excited viewers. He attended a fun Y&R fan event over the weekend, which brought tons of laughs, autographs, selfies and more. It’s always nice when the cast can do these meet-and-greets. There were undoubtedly lots of Y&R watchers who loved meeting Lago and chatting with him for a bit.

As for what’s next in GC, The Young and the Restless spoilers say the Newmans will continue to drive the drama. This family has some major shockers and shakeups ahead, so don’t miss all the action. We’ll give you updates as other Y&R details emerge. Stay tuned to the CBS soap and don’t forget to check CDL often for the latest Young and the Restless spoilers, updates and news.

🥀My 101 year old grandfather, Pedro Iglesias, has passed on and crossed over today.🙏Tough as hell to the very end, surrounded by loving family. I love you, Pipo❤ I miss you, I will never forget you, but I shall🙏see you again at some point. #faith ❤ God bless you 🥀 and enjoy the reunion!❤ #onestubbornangel #restnow #angelwings #grandfather #grandson #heavensgate