BY Bianca on September 24, 2019 | Comments: Leave Comments
Related : Recap, Television, This Is Us, TV 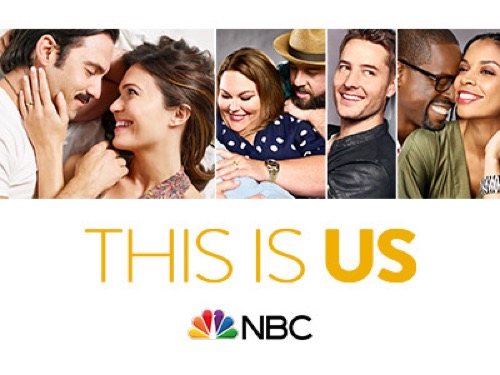 Tonight on NBC their honest & provocative dramedy series This Is Us airs with an all-new Tuesday, September 24, 2019, episode and we have your This Is Us recap below.  On tonight’s This Is Us season 4 episode 1 premiere called, “Strangers,” as per the NBC synopsis, “Jack meets Rebecca’s parents; new characters are introduced.”

Jack and Rebecca are in the car, she fell asleep. He wakes her up and she says the great third date. She says it is so strange how just like that a complete stranger can become a big part of your story, it’s actually kind of terrifying. She says she is stalling, she doesn’t want to get out of the car. She goes on to say don’t think he is going to get a phone call from her anytime soon, he says the same for him. They kiss, they both tell each other they are not calling each other first.

Jack ends up calling her first and asks to see her the next day, she remembers that she is having dinner with her family at their friends tomorrow, she tells him he can come but it is at a country club and he has to wear a sport coat, but they have a few there. Jack says he is set.

Next, we see Cassidy make a call to Matty, but he had to go to sleep because he had school in the morning and Ryan answers. She tells him that she misses them like crazy. The first thing she wants to do when this is over is make breakfast for dinner. She is finally home after recruitment, and it doesn’t seem that she knows how to feel.

We see a blind man break a dish full of breakfast and try to pick it up so his dog doesn’t go near it. Then he decides to go to a diner to eat. Lucy waits on him and they talk after her shift. She describes what the diner looks like to him and says she aspires to be a chef. He asks to hold her hand and then asks for another cup of coffee. He goes back home and starts to play his music. We fast forward and he asks the girl at the diner to marry him. Lucy finally got her restuarant, but she is alsosix weeks pregnant.

A few guys are playing basketball when they see a sports car and leave. Malick goes to buy his mom a burger and then goes home. After seeing his mom, he goes upstairs to see his daughter in a crib. The next morning his mother tells him that he is babysitting in the evening, welcome to responsibility. He tries to get more work to pay for his little girl, but finds out that because Darnell is his father, he won’t get hired.

Jack heads to a store to buy a sport jacket, this is the first time he meets Miguel who tells him that a sport coat will get him everywhere. Jack tells him that he just got back from Vietnam and doesn’t have a job yet to afford such a nice jacket. Miguel tells him to tuck the tag under, wear it, and bring it back the following week.

Jack is at dinner with Rebecca’s parents and the first thing her dad says is that he just heard that he returned from Vietnam. Jack gets some food on his jacket, he gets up to leave and asks his dad why he said that. Jack is back to the table and apologizes. He tells them about his family, says he had a litte brother and for two years he thought there was a monster living in his closet. His brother’s name was Nicky. He says that the monster wasn’t real, but his brother’s fear was real. He lost his brother in Vietnam. He goes on to say that maybe it appears that the war wasn’t real, but for the people there, it was real. Then he apologizes for taking their daughter cross-country, and they will get to know him, he is not going anywhere.

At home, Cassidy is home and her husband asks her if she drove home drunk. He tells her it must be nice to have it so easy, he is doing his best to pay bills and raise their kid. Cassidy has a flashback to being in service and flips her arm, but accidentally hits Mattie. Cassidey decides to go get help. She says she doesn’t feel anything, not sadness and not joy. When her son talked about the cost of a water heater, she remembered back to when at war the cost of a life in a small village was $1200.00 and that is what set her off.

Back at dinner, Rebecca’s father calls Jack a good man, but also says that he looks haunted and he will do whatever it takes to stop this.

Kate and Toby find out that their son Jack is partially blind.