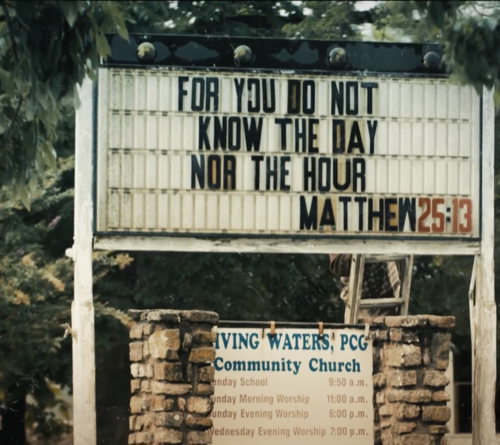 Tonight on HBO their crime drama True Detective airs an all-new Sunday, February 03, 2019, season 3 episode 5 called, “If You Have Ghosts,” We’ve got your True Detective recap down below! On tonight’s True Detective season 3 episode 5 as per the HBO synopsis, “Wayne finds himself in a no-win situation as new clues emerge in the Purcell case; Roland wrestles with how to keep evidence secure as lawyers demand a new investigation; Amelia finds her relationship with Wayne imperiled by her writing aspirations and his jealousy.”

Tonight’s episode starts in 1990, West tells the task force that he put an APB out on Julie but wants to keep the public out of it. They talk about Lucy, she was found overdosed in the late ’80s and cousin who they were looking for to ask questions has dropped off the map. Just then, Tom walks in and ceased police of photo of deceased Lucy. West goes out of the room with Tom and tells him to calm down. Tome says they wanted him to make a statement on TV. Hays shows Tom a photo of Julie in the pharmacy, he is shocked< West isn’t impressed that Hays did that and tells him to leave.

Back to the ’80s and the vigilante group at Woodard’s house with him barricaded inside. An explosion goes off as they approach the door and Woodard starts shooting to protect himself. The whole place is booby trapped and as the vigilante’s go around the house, other explosions go off. Hays finally gets inside the house and has a gun pointed at Woodard, tells him to put the gun down. Woodward says he could have killed him outside, but he didn’t. Woodard knows he doesn’t have a chance because he shot some cops. Woodward goes to turn around and shoot Hays, he has no choice but to shoot Woodard.

Fast forward to the ’90s, Tom pleads in front of the TV cameras for Julie to come home, and he promises to never stop looking for her. Someone asks Tom if he things Woodard was guilty, he says he doesn’t know. The Attorney General jumps in and says that Woodard killed Purcell’s boy and took Julie. Meanwhile, Woodard’s family wants him exonerated from the conviction.

Hays and West go to see the teen they shook up in the ’80s. They ask him about that night again. Burns tells the two they must not be good at their jobs if they are coming back ten years later and asking him questions.

Hays and West interview a guy who may have known Julie, he said she mentioned that she lost her brother, calls herself a princess. They decide to interview people on the street, working girls, anyone who could have seen or spoken to Julie.

Hays in his 70’s is being interviewed again, she asks him if he is aware that one of the officers that processed the Woodard scene, Harris James, went missing in 1990, during the second investigation. Hays says, who and then after he is shown a photo, he says no.

Hays and Amelia go to have dinner and West’ house which he is sharing with the woman he met at St. Michael’s police outreach. Amelia asks how the case is going, Hays doesn’t want to talk about it, but West does. Amelia is really interested in talking about it, but Hays shuts her down. Clearly, the relationship with Hays and Amelia is deteriorating.

70 Year old Hays is reading Amelia’s book. when he looks like he discovered something. He pulls out the note that was left for the Purcell’s after Julie was taken and says to himself that maybe he should have read this nook a long time ago.

Dinner is over, Amelia and Hays are home. They get into an argument, Amelia says she has bigger dreams that his wanting to control her. She tells him that he uses this case to not spend time at home. Just then the children come downstairs. Their daughter doesn’t feel well, but she reminds the two that they shouldn’t go to bed without saying they love each other.

Back to 70-year-old Hays and he is confused, he is looking for his family. He looks into a room and sees a younger version of himself, in bed with Amelia and the kids while she reads them a book.

Amelia rushes to the hospital, she heard on the news what happened at Woodard’s house. She wants more information from Hays but he won’t talk. They leave the hospital together, he has blood all over his shirt

The old file is missing the fingerprints and Hays is furious. He also realizes that a lot of the evidence taken at the time of the Woodard gunfight was planted. West doesn’t know what to do as this is a highly politicized investigation. West gets a call, a call came on the hotline last night that they need to listen to.

Hays finally catches up with West, both in their 70’s. West takes care of stray dogs, he is living in the woods. Hays is with his son, he tells him that maybe now is not the right time to do this when West comes out of his door. Inside the house, Hay’s son explains that his father has memory issues, West asks if he remembers why he is mad at him.

West and Hays call in Tom to listen to a recording of Julie. She claims her real name is not Julie and she wants the man on TV pretending to be her father, to leave her alone and she knows what he did. She asks what he did to her brother, they left him resting. The two detectives look at Tom suspiciously while he keeps asking where is Julie.

Back to the senior Hays and West, Hays is trying to get West back in the case, but West doesn’t really want anything to do with it. They talk about the case, Hays thinks he may have discovered new clues. West is happy with his dogs, he tells Hays off for not having contacted him for 24 years. West wants an apology, but Hays says he can’t remember what he wants him to say sorry for. West says that he has no interest in the case, he will be there for his old partner, drink with him, watches a ball game with him, but that is it. The two end of with a laugh about how old and senile they are.