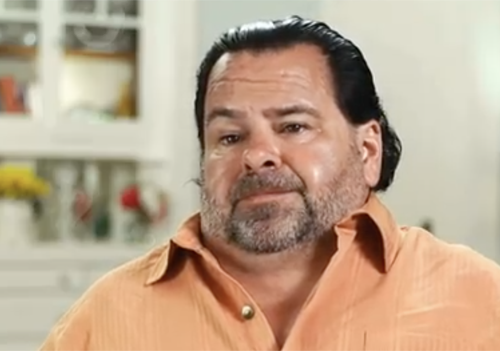 David was the happiest he’s ever been. All throughout the rewatch he was upset with people because they doubted his relationship with Lana and some had even doubted Lana herself. She was accused of being a catfish. She was accused of being a middle-age old man who was using David and so now that the world knows David was telling the truth about Lana being real – David was finally enjoying the rewatch. He was enjoying being right even if there were still underlying doubts. Many watched David meet Lana and the two of them getting to know each other. They also noticed that Lana didn’t seem to be as interested in David as he was in her.

David was very enthusiastic about his relationship with Lana. He lived to hug her and kiss her. He especially loved moaning whenever he was around her. It was quite creepy and everyone noticed it. The cast of Pillow Talk noticed it. The show watchers that went online afterward had all said something about David’s moaning and he was still justifying it to this day. David was in love with Lana. He believed everything she’s ever told him and he didn’t want to hear any naysayers about their relationship. David just wanted to remain in his happy bubble. He lashed out at anyone who came at his bubble with a needle and he would not hear a word against Lana.

Lana stood him up several times. She came up with lame excuses for why she couldn’t meet him in the years they’ve been talking to each other online and she didn’t want to talk him through less expensive ways. She preferred to chat with him on a website in which he had to pay to access. This of course made certain people doubt Lana and her intentions. The fans tried to tell David that he should come off that website. They told him he deserved better and he was refusing to listen to them. David was just so happy that he finally met Lana that he didn’t want to listen to reason or some good old common sense. He was happy.

This rewatches brought back some happy memories for people like David. For people like Ed, he saw things he’d rather forget and a few good moments like when he made up with his daughter. His daughter Tiffany hadn’t approved of Ed’s relationship with Rose. She was firmly against and so her own father pushed her aside because he was that set on marrying Rose. Rose was younger than Ed. She was the mother of one young child and so there were plenty of reasons why Tiffany was hesitant about her. Only her real problem was with her father. It was Ed who didn’t prioritize his child and it was Ed that came running back after his relationship with Rose imploded.

Ed met up with his daughter. He brought Tiffany flowers and he promised her that he would be a better dad. The two of them were still working on their relationship even now. Ed was also complimented online for having such a beautiful daughter and so he joked that maybe he shouldn’t go ahead with vasectomy. His mother sure doesn’t want him to have one. Ed’s mother wanted Ed to try having a little boy next time and so Ed joked that the door was still open. He was willing to consider having another child if it makes his mother happy. And hopefully, Tiffany will take this joke as what it is and not make a big song and dance out of it.

The episode that everyone is watching was a big one. This was the one where Stephanie came out to her mother as a bisexual woman and her mother’s first response was to tell her that she was confused. It was such a disheartening moment for Stephanie. She was building up her courage the entire season to tell her mother and so Magda could have handled that very moment better, but she soon made up for it. Magda said she wanted to know who Stephanie was dating. She wanted Stephanie to still feel like she can talk to her and so it wasn’t until later that Stephanie realized her mother was never really going to approve of anyone she was dating. And that’s not dependent on their gender either. Magda just has high standards for Stephanie.

There were other things that went on this episode. Like Darcey shared with the world that Tom has been sending her messages through intermediaries and she could prove it. She still has the messages. She also never applied to a single one because by that time she had been over Tom. Tom had ended things so thoroughly that Darcey didn’t want him back and she was quick to move on. She got her revenge body. The guys all noticed it and they complimented her on how great her butt looked in those jeans. Darcey was looking good after her breakup. She kept up her workout regime and she even shared tonight what she does to get a bottom half that looks so good.

Darcey dealt with a lot this season. There was Tom and him breaking up with her after ghosting her for moths. There was also her sister Stacey. Stacey was engaged and she had someone while Darcey was alone. Darcey felt more alone seeing as she couldn’t commiserate with her sister and so those messages from Tom did give her boost. She didn’t want him back. She was simply happy to know that he was miserable and that seemed to be enough for her. Darcey is one of the few people that has been receiving positive comments online. The only negative one had been the messages she received because someone thought they were fake and she quickly disproves that.

Darcey hadn’t been like David. David was constantly defending himself and his relationship during the rewatch and he continued to do so tonight. David defended what he had with Lana. She would pull away from him at the beginning. She also hadn’t wanted to kiss him at first and so when David finally did get those things – he held those moments up like they were made out of gold. David bragged about being in a relationship with Lana. He still didn’t see the warning signs and nothing he read or watched was ever going to change his mind. David was even happy when he saw that moment he posted a picture of him with Lana to the private investigator.

The private investigator told him that Lana was a scammer. She has several accounts over various websites and apps and he wasn’t the only man she was in communication with. Only David hadn’t wanted to believe the private investigator. The PI told him something he didn’t want to hear so he ignored it and pretended like he wasn’t paying this man. He was less reasonable about his PI than Yolanda was about hers. She went to a private investigator to tell her the truth about the Williams and he basically told her what everyone else was saying. He said the Williams wasn’t real. He was a catfish and so that’s the moment Yolanda finally saw the truth for herself.