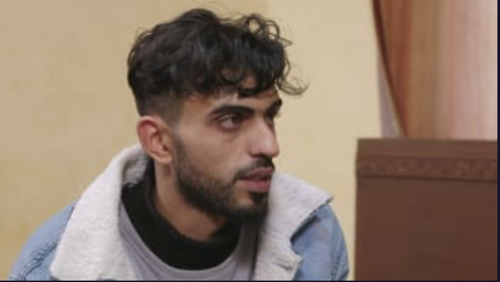 Tim makes a fateful decision. Ari is unprepared for her son’s baptism, and Deavan worries her mother will never approve of Jihoon. Jenny and Sumit finally sit down together with his parents.

Jenny and Sumit are talking to his brother and his wife. Jenny is crying after telling them about the ring ceremony. They think Sumit needs to tell his parents who are not going to be supportive. Jenny mentions not telling them and the brother and sister in law think this is a bad idea. Sumit now must tell his parents or his brother will. Sumit thinks they need to postpone and talk to his parents. This makes Jenny even more upset.

Brittany and Yazan are supposed to meet up for dinner. Brittany is with her friend Angela. A translator is also set to meet them so Brittany can understand more what is going on with him and his family. They finally meet and sit down.

Yazan asks for Brittany to trust him and he the same. He is going to tell his family he is to marry and Brittany will remain Christian. He warns that he might be disowned. Brittany is disappointed. She wanted a relationship with his family. She would like to meet one of them. She feels like he is pushing her into marriage and she needs more time to think about it all.

Arielle’s mom is headed home. She isn’t ready to say goodbye. Both her parents have visited her in Ethiopia. She cannot believe they are leaving. She brings her mom to the airport and they talk. Her mom is worried that this might not be a good place to raise her son. She also feels like Ariele and Baby are not communicating any better. Her mom tells her to make sure that she is honest and shares her doubts. They will help her with anything. They hug goodbye after Ari says she will be fine.

Deavan asks Jihoon to clean their apartment. Her mom is coming and last time the visit didn’t go well. After cleaning, Deavan’s family arrives and are pleasantly surprised. Jihoon says goodbye to them as he will stay with his parents with their wedding set to happen.

Jihoon arrives later to Deaven and her family. They take part in one if his traditions. Her parents are honored. Deaven feels good about the day.

Melyza and Tim take a walk. He is worried about his finances. He explains to her that he has to go back to the states in a couple of weeks. She thinks this is all bullsh&t. He plans to come back. She is annoyed. He doesn’t think he can trust her when he is gone. He is afraid to lose her. She doesn’t know what to do. They decide to try and make it work and figure it out after he explains that he isn’t running away but trying to make it possible for them to have a future.

Brittany and Angela are about to say goodbye. Angela stayed the week with her and now she is headed back. They discuss the pressure both Brittany and Yazan are under. Brittany plans to meet Yazan’s brother to get a better understanding of what is going on in their family. She is nervous because it doesn’t seem like he likes her. She plans to keep an open mind and heart. Angela isn’t sure she should risk so much for this relationship.

Jenny works on a special dish for Sumit’s parents. They have called off the ring ceremony and plan to meet with the parents to talk.

She tells Sumit she doesn’t know what will happen when she sees them. The last time they all met was not good. They took Sumit away from her. A short time later the parents arrive. They haven’t been to the house since January. They do not like Jenny. His mom plans to take him back.

After they sit for a few minutes with Jenny and Sumit they tell him he needs to come home. He refuses. He tells them he spoke with a lawyer and they do not have a solid objection. He asks for their permission again and they refuse. He shares that he still plans to marry. His parents get very angry.

Devean’s mom helps her get ready for her wedding the next day. Her mom thinks she looks beautiful. They talk about Jihoon and how he has grown. Her mother tells her she supports them and the marriage. A lot of the initial worries have been laid to rest. Her mom is impressed with their progress.

Brittany meets with her translator and Yazan’s brother. She wants to get down to the bottom of things. Yazan’s brother also has a lot to say. He tells Brittany how his family doesn’t accept this marriage and that he may be killed after she professes her love for him. Family members actually hate him now because he is affecting the entire family. She begins to cry after hearing all of this. Yazan’s brother asks her not to cry. He is upset. He comforts her. He tells her he supports Yazan and he will try to help him. They should do what they want to do. But she must take care of him.

She promises to be his all. He is going to need her support. She has a lot of things to think about. Meanwhile, Tim and Melyza are sad and upset. Today he is moving. He doesn’t want to leave. He cries when she talks about him leaving. She wants to make this work. He really loves her. They hug. He feels like he failed in a sense. He planned to move to Columbia and now she is hurt. He has hope, however. She drives him to the airport. They cry as they say goodbye for now.

Ari and Baby bring their child to her baptism very early. She is upset her parents are not there but she promised Baby she would do this. He doesn’t trust her because they ran away from the circumcision. She tells him to have patience. He shares that this is a very big deal for him and that he is nervous. It all goes well. They are happy as the family claps and celebrates. They wrap the baby in bread as tradition and take photos, clapping and laughing. It is to bring wealth.

Sumit and Jenny are still meeting with his parents. He can no longer take his mother’s disapproval and becomes very upset, dropping down in front of her while yelling and pleading after his mother says the day they marry they will die. His father tells him to find better. How will he have a family she is so much older. Jenny leaves the room very upset by all of it. She senes anger but doesn’t know what they are saying. He insists he is going to marry her.