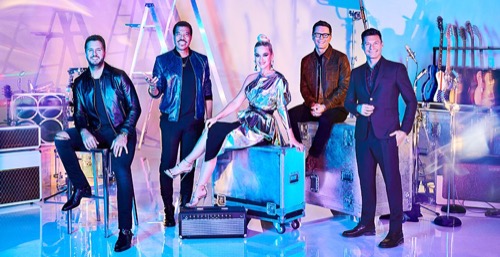 It’s another exciting night of American Idol on ABC tonight with an all-new Sunday, February 16, 2020, season 18 episode 1 premiere called “Auditions” and we have your weekly American Idol recap below. On tonight’s American Idol season 18 episode 1 as per the ABC synopsis, “In the season three premiere, a nation-wide journey across Savannah, Georgia; Milwaukee, Wisconsin; Washington, D.C.; Los Angeles, California; and Sunriver, Oregon, where the show’s iconic judge auditions surprise audiences with never-before-seen twists.

Those auditioning for the coveted ticket to Hollywood include a subway performer from Harlem who gives one of the most emotional auditions in “Idol” history; a garbage collector with no experience who heads to the streets of Savannah.”

The judges are ready for an all-new season. They welcome their first performer. Douglas, 27, from Alabama, who drives a garbage truck is here to perform. He shares that she has never sung in front of anyone. They send him to see Ryan practice.

Camryn from Georgia arrives next to show off her talents. She sings them a soulful song while playing the guitar. They all give a “yes”, she is headed to Hollywood.

Douglas returns after practicing. He reintroduces himself. He tells Katy Perry he can’t stop looking at her, she is so pretty. He is here to show it is 2-year-old she can do anything if she puts her mind to it. He sings. They like it and want to hear more. They ask about his range. He doesn’t know what that is. Luke takes the piano and asks Douglas to follow his lead. He hits all the notes, blowing all of them away. They all tear up as they offer him his ticket to Hollywood. Douglas cries.

Franciso, 18, from California is up next. He struggles with self-confidence. He comes in and the judges instantly see that he is nervous. They try to make some jokes, make things light so he will calm down. He relaxes a little before singing and playing guitar. He hits all the notes, showing them what he can do. They all clap. They tell him he is going to Hollywood. He shakes their hands, emotional and nervous.

The Comeback introduces himself. His real name is Hunter. He wants to bring rock back and he is a fan of both Katy and Ryan Seacrest. He sings an old song from American Rejects. He gets a “no” and takes it well.

Nick has come back to audition again. He made it last season but bailed. Katy gives him some trouble for ghosting them. He has some personal issues but he is back. He sings an Adele song while playing the piano. They all like it but Lionel who says he doesn’t like his voice or his attitude. Nick shares that he feels hurt. Lionel thinks that is good, he is too cocky. But if he becomes a little humble he will be fine. They all give him a yes.

For this season, the Idol bus has visited the home state’s of all of the judges. Dibesh, the next contestant, is from much further away, Nepal. He now goes by the name of Arthur. He currently lives in Kansas with bluegrass and country now an inspiration. He takes the rehearsal stage with his guitar. He sings Bob Marley, blowing the judges away with a voice that is completely unexpected. He gets a yes!
The judges are now in D.C. for auditions. Alisa and her partner Luigi are there to give a riveting audition. Alisa shares a little about herself. Born in Russia, she now lives in Queens and just starred as Russian Stripper #2 in J. Lo’s Hustler. They sing an original that has the judges a little uneasy. They all decide the same, it is no.

Louis, 19, from the UK, enters the audition stage. He now lives in Philly. He sings an original written for a friend who committed suicide while playing the piano. The judges love him. They tell him he is going to Hollywood.

The judges arrive in Milwaukee. Saveria, 22, from Ontario, takes the stage with her guitar. All three feel like she lacks the entertainment factor but Katy wants to see her move on. The guys disagree. Katy goes crazy, screaming.

Meghan, a fitness instructor, is here to audition. She shares that she has a podcast for the Bachelor. She loves it! She sings a bluesy song. They all think she has grit and potential. Chris Harrison is standing by on video. He offers Meghan a ticket to Hollywood. She freaks.

The judges sit around and talk about who they think will win Idol. Luke and Katy bet at dinner.

Sam lives with her grandmother. She is from New York. She sings on the subway, making money for food and rent. She and her sister were raised by her grandmother after her parents left. She takes the stage and has to start over and over. She cries. The judges comfort her. She finally sings and blows them away. Lionel tells her she has this. She is safe with them all. She sobs. She is going to Hollywood.