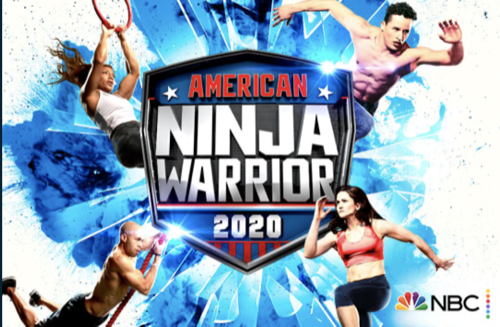 ANW kicked off the season with new safety guidelines in place. There was no longer a crowd outside and instead the ninjas were given the chance to bring two people from their community. Roo Yori is a familiar ninja. He’s known for being a dog person. He with him two cat people and up first of the two was Cassie Dierks. She runs a cat café. She also participated in cat exercises and so many were hopeful about what she could do. They all watched as she had first-ever run. Her family and her cat were cheering her as she started strong. She made it past the first obstacle which was the Shrinking Steps and she fell on the second obstacle.

The second obstacle was the Lunatic Ledges. It was a tricky one and there really was no way for Cassie to prepare for it. Up next was Barry Goers. He was a part of the Colorado group that Jake Murray put together and, with being only the second person to run the course, he did really well. He was the first person to make it past the Lunatic Ledges and he glided past the other two obstacles. It was when he got to the fifth one that he made a mistake. He didn’t account for the dip on the Ferris Wheel and so his fingers slipped when it did dip. He fell and odds are on him going to the City Finals. Just because he made it really far.

There were several ninjas had their runs over the commercial break. None made it farther than Barry and the show came back. Taylor Amann had her run. She was one of the Wisconsin ninjas and she had a great year last year. Only its 2020 now! Anything can happen and sadly Taylor had an upset when she fell on the Rib Run. She still might qualify in the women’s division with how far she made it in the competition and so tonight doesn’t have to be her last night. After Taylor had her run it was JJ Woods’s turn. He was a familiar ninja on the obstacle course and he was quite popular. He didn’t compete last year because of a serious health issue and so everyone welcomed him back this year.

JJ was supposed to have a glorious run. It should have looked like it had in the past and that didn’t happen. He fell on the third obstacle. He fell on Ring Chaser and depending on how everyone else does – there was a chance he won’t qualify for the City Finals. JJ brought two ninjas with him and one of his went next. Ronald Washington is also from South Florida. He started his career in law enforcement and then he became a ninja. He was quicker on Ring Chaser than JJ had been and he went against the Ferris Wheel. He fell on this same obstacle last year. He was hoping to go to revenge on it tonight and again it knocked him out.

Ronald still made it further than JJ. He was in the running for the City Finals because he made it to the fifth obstacle and up next was the third member of their team. Ashley McConville has been doing really well in the local competitions. This was her first time on ANW and she did better than her mentor. She made it past the Ring Chaser. She made it all the way to the Warped Wall as the first person of the night to do so and she went on to hit the first buzzer. There have only been nine other women who have done that. Ashley was right up there with them now. She also did JJ proud who gets to watch his team go on to the next round.

Up next was Abel Gonzalez. He was a veteran ninja from South Texas and he brought two of his apprentices. Abel has also been teaching kids at the ninja gym about nutrition. He tells them he grew up to be so strong by eating his vegetables and working out every day. He’s inspired several of them to do the same. Abel was a great influence in his community and he once again earned their admiration when he became the second finisher of the night. Abel hit a buzzer. He was the second person to do so and he was hoping that members of his team would do so as well. One of his girls fell on the first obstacle and the second went further.

Holly Cavazos was a mother of three. She’s overcome an addiction to drugs and a rough few years. She’s now stronger than before and she went far tonight. Holly made it to the fourth obstacle. She was on the Rib Run when she fell into the water and she still might make it to the City Finals in the women’s division. Ethan Swanson went next. He was a Chicago ninja and he brought along his apprentices. They too were from Chicago. Chicago was known to deliver some strong ninjas and Ethan was a veteran on ANW. He knew the course so well that he raced through it and it was clear he was gunning for the Power Tower.

The Power Tower was when two of the fastest ninjas competed for the Speed Pass which will come in handy much later on. Ethan wanted that Speed Pass and so he raced through the course. He was the third finisher of the night. He completed it in under a minute and his time will be tough to beat. It was currently him against Gonzalez. They were in the running for the Power Tower and to knock out Gonzalez the next ninja had to come in under a minute and a half. Up next was Jamie Rahn. He was a familiar ninja and he was happier this time because the City Qualifiers was finally in his city. He lived in St. Louis and now he can compete there.

There was just one problem. Jamie had an accident when he was building his own obstacle course. He ran over his thumb with a saw and he lost piece of it. He’s been trying since then to work out thumb so that it was strong enough for him to compete. But there’s been some issues. He couldn’t open a ziplock bag and he was worried his thumb would hold him back tonight. It didn’t. Jamie raced through the course and he became the fourth finisher of the night. After him, there was the team that Nick Hanson brought with him and sadly his mentees did do well. They both fell rather too soon in the competition and so it was up to Nick to represent Alaska.

Nick built an obstacle course up there. Most of it was washed away after a serious storm along with other areas and so his community came together to rebuild. They even rebuilt him a new course. Nick has been working out on it every day and it seems to have done him so good as he became the fifth finisher of the night. He also became the first person to try the Mega Warped Wall. Everyone else didn’t attempt it because they knew getting it up the regular Warped Wall was going to be a hassle on its own and so no one cared to try the Mega. They also went for the easier one. It was Nick who went after the Mega because he knew that would automatically give him ten grand. And after he made it up there, he became the first to walk away with thousands in his pocket.

There was another commercial break. Several ninjas had their run during it and none became a finisher. The show picked back up with Caleb Bergstrom. He was a Finalist last year and surprisingly he fell on the third obstacle tonight. No one had seen that coming. Not even him and he was shocked for a while. He stayed in the water thinking. Caleb was not going to the City Finals and his sister was. Caitlyn Bergstrom made it to the fifth obstacle when she fell and, with how well she did in the women’s division, she was a shoo-in for the City Finals. And up next was Jake Murray who has been watching from the sidelines this whole time.

Jake probably picked up a few things because of it. He speeds through the course and he became the sixth finisher when he hit that buzzer tonight. Jake had the fastest time. It was now him against Ethan in the Power Tower. It seems Jake’s secret power this year was his new cat tower hobby. He creates towers for cats and its all about precision. He said he helped him train for this season of ANW and so people were really being creative during the quarantine. There was another commercial break. There were plenty of ninjas that weren’t shown or highlighted tonight and they usually were seen briefly during the catch-up once these commercials were done. And typically nothing good would happen, but this time was different.

Jackson Twait became the seventh finisher. He was the second cat person of the Roo Yori’s team and Roo himself did great. Over the commercial break, both men hit a buzzer and so too did Chris DiGangi. He was one of those strong Chicago ninjas. He was there with his fiancé Jesse LaBreck and the two had had to postpone their wedding because of the pandemic. They hoped to get married once things settle down. Chris cheered on Jesse when it was her turn and she had an amazing run. Jesse hit a buzzer tonight. It was her fifth one and that was the most a woman has ever done in the history of ANW.

Up next was Daniel Gill. The team he brought with him was a mixed bag. He had one guy who fell on the third obstacle and he had another guy who hit a buzzer. Daniel was considered an all-star of ninjas. He’s trained several great ninjas and he was one himself. He almost won the whole thing last year. He lost it to the guy considered to be the Ultimate ninja and so it was a fair fight. Daniel had a great run tonight. He almost fell on the Rib Run and he just kept moving. He wanted to do the Power Tower and he also wanted the ten thousand from the Mega Wall. He was the third person to try it and while he usually does make it – he didn’t tonight.

The Power Tower was a race between Jake Murray and Ethan Swanson and Jake won!

Jake has the Speed Pass!