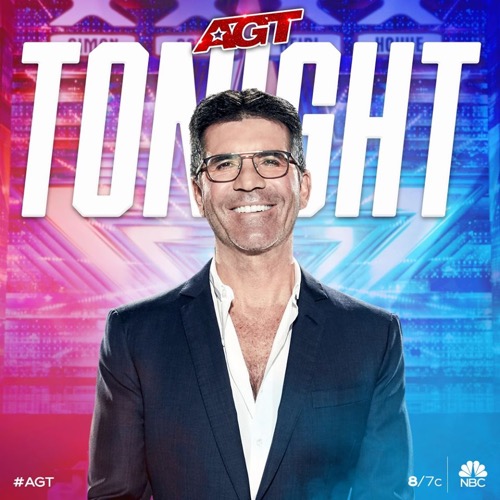 Tonight on NBC America’s Got Talent begins with an all-new Tuesday, July 14, 2020, episode and we have your America’s Got Talent recap below! On tonight’s AGT season 15 episode 7 “Auditions 7″, as per the NBC synopsis, “The auditions conclude with creator and executive producer Simon Cowell at the judges’ table along with Howie Mandel, Sofia Vergara and host Terry Crews.

Variety acts of all types and contestants of all ages audition for the chance to win the $1 million prize. The Golden Buzzer is still in play and could send a lucky act directly to the live shows to compete for America’s vote.”

Alex Hooper is a Comedian, he has been on the show before and it didn’t go well. Today, Alex is back to redeem himself. He starts by apologizing and asks the judges to forgive him. He says he is performing something different this time around.

Judges Comments: Simon: “I don’t know why I like you. Keep insulting us, we love it.” Sofia: “I think it was great.” Howie: “In the moment, I didn’t know what was hitting me and I got swept up in the whole audience. I loved it and want to see more of it. Three yes votes from the judges.

Lightwave Theatre Company are Puppeteers from Romania. They do a show with life-sized puppets, a girl and her dog who is hit by a car. This one pulls on the judge’s heartstrings!

Judges Comments: Simon: “That was beautiful, I got very emotional. It was beautifully done very simple story.” Sofia: ”I have never seen a show like this in person, so for me it was special. The dog was great, the song was amazing, it was spectacular.” Howie: ”I think it was kind of unique, I don’t know if that it is puppeteering but it was sweet and I enjoyed it. Three yes votes from the judges.

Kameron Ross is a singer from Dallas, he performs “Red Dirt Road,” by Brooks & Dunn. And then, at Simon’s request, he sings a song acapella.

Judges Comments: Simon: “I like you to do something for us, sing acapella. There is something very memorable about you, in future, find a song that suits you.” Howie: “You have an amazing voice, you have just a relaxed delivery. I am not a country music fan, but I am yours.” Sofia: “I thought it was fantastic, your voice is beautiful.” Three yes votes from the judges.

Chicken Scratch Sam from Michigan, he is a comedian.

Judges Comments: Howie: “I loved it, it was funny and silly and brilliant.” Howie and Sofia are a yes, Simon is a no. He still goes through.

The Ninja Twins, they say if Prince and Freddy Mercury had a baby, it would be the Ninja Twins. Nick and James are twins from Bakersfield, California. Howie doesn’t take long to hit the red buzzer, Howie gives them a standing ovation.

Judges Comments: Simon: “I love you two, I think you are hilarious but the song and the singing, and the dancing, were terrible. If you didn’t sing and dance it would have been great.” Howie: “We are like in a different room, I loved you.” Sofia: “I thought it was really entertaining the whole time, it is kind of funny.” Howie and Sofia are a yes, Simon is a no. They are still going through.

John Hastings is a Comedian, he has been doing it for fourteen years.

Judges Comments: Simon: “I think the fact that everyone was laughing you had a great reaction. I am with Howie, this could be a turnaround for you.” Howie: “I don’t want you to stop I kind of like that you are going with the flow with no audience. It makes you golden. I think your career is on an upward swing.” Sofia: “I forgot that I was here as a judge, I was just into your show. When you stopped I thought oh no, we are here to judge him. I really liked it.” Three yes votes from the judges.

Jefferson David High Band is a marching band from Montgomery, Alabama. The group of children are from disadvantaged backgrounds.

Judges Comments: Howie: “The dance moves were great, the music was great. I would love to buy a ticket for a marching band show.” Sofia: “It brought me back memories of the band that we had in Columbia, I love that song. I love that this is helping you guys create a future for yourselves. I really enjoyed the performance.” Simon: “That was just fantastic, great talent, unbelievable enthusiasm. The whole thing was just jammed-packed from start to finish. It had everything you would want from a great audition. If an audience was in here now, you wouldn’t hear me talk, they would be going crazy, it was that good.” Three yes votes from the judges.

Siena Uremovic is a Contemporary dancer, 17 years old, from Melbourne, Australia. She combines dance by being blindfolded, with acrobats.

Judges Comments: Simon: “I have never seen that before, I think it is quite amazing that you only had hours to prepare. You filled the stage, you were amazing.” Three yes votes from the judges.

Voce Nova are singers, Natalia Tsvi, and Gilad Pax sing opera, but then rip off some of their clothes and change the beat to a faster, disco type of beat. Simon is quick to give them a red buzzer.

Judges Comments: Sofia: “That was kind of unexpected.” Simon: “I see no market for this whatsoever. I think it was unbelievably dated, you won’t sell records in my opinion.” Howie: “We are judging talent that will one day sell tickets.” Three no votes from the judges.

Sheldon Riley is a singer from Australia, he wears beaded face covering. He sings, “I Don’t Want TO Be You,” by Billie Eilish.

Three yes votes from the judges.

Up next are video submissions, the judges are all at home and Heidi is there.

Chris & Sid is a dog act from Center City, Utah. Chris is a graphic designer and does music on the side. Chris sings a country song while Sid howls along.

Judges Comments: Simon: “You got a good voice and your dog was actually singing along with you. (Simons is sitting with his dog who was swaying back and for them during the song) Genius.!” Sofia: “It was beautiful and very heartwarming.” Heidi: “The connection that you both have, I really think that America would love you both.” Howie: “Do you really think the dog is singing along with him or telling him to stop. I think you are exactly what the world needs now, you put a smile on my face and warmed my heart.” Four yes votes for them.

Jonathan Goodwin, he claims to be the dead, he is a dangerous act. He basically does anything your mom told you not to do. Basically a girl shoots an arrow out of crossbow and he catches it. Four yes votes move him to the next round.

Tommy Socks is from Florida, he dances and gets four yes votes.

Dancetown is a group of young dancers, they get four yes votes.

Alexus us 8 years-old, she does a dog show called Puppy Pals. The little girl is great, her mm helps her out a bit, but wow.
Judges Comments: Sofia: “Alexis that was amazing, I loved your energy, your outfit. You looked like you had so much fun, I had so much fun.” Simon: “I’ve got to tell you that you are a brilliant little dog trainer, I loved it.” Heidi: “I loved your outfit, your beautiful smile, you are sunshine.” Howie: “I loved it, the ability that you have to train three dogs and a parent, you are the puppu queen.” Four yes votes from the judges.

Max Major is a mentalist and he is in Vegas. He does mind control through the television screen. Then he does a card trick with Sofia, they have decks and each chooses the same card.

Judges Comments: Heidi: “I liked it, I think you are good looking, charming person. It was cool.” Howie: “I thought it was amazing, you are an amazing mentalist.” Simon: “The fact that you made the presentation was amazing.” Four yes votes from the judges.

The Hurd family does some fun dance moves and gets four yes votes from the judges.

Erin McCarthy wanted to sing opera when she was younger and is really hoping that this is a fresh start for her and she can get back on the horse. Erin is actually on a horse, she sings opera. Simon can’t stop laughing, Simon is a no, the other judges say yes.