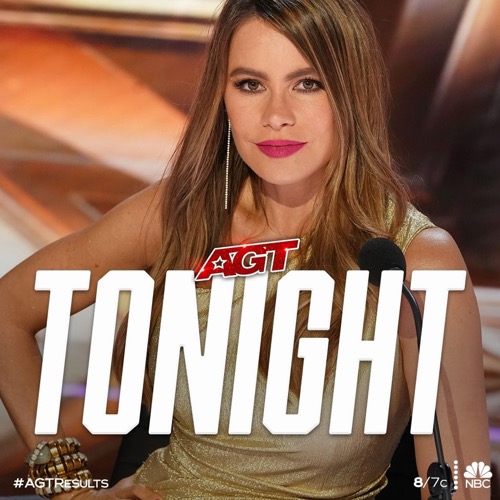 Tonight on NBC America’s Got Talent begins with an all-new Wednesday, September 2, 2020, episode and we have your America’s Got Talent recap below! On tonight’s AGT season 15 episode 18 “Results Show 4″, as per the NBC synopsis, “Five acts from the previous night’s show will move on to the semi-finals round of the competition. Viewers will have one last chance to send their favorite performer of the night into the next round by participating in the Dunkin’ Save by using the America’s Got Talent Official App or going to NBC.com.”

It’s Part Four of the Results Show! All across America, there exist an excited fanbase and they couldn’t wait to find out who made it to the Semi-Finals. Five acts out of eleven were going through to the next round. One of them was going to be saved by the Dunkin Save. The Dunkin Save was a special event tonight that allows America to continue voting during the Result Show. They had until from now all the way almost to the end and so the three acts that qualify for the Dunkin Save tonight were the Bello Sisters, Celina Graves, and Resound. And it was a tough choice between the three.
Celina was an incredible Singer. She sounded great last night and it was a surprise when she came in fourth, but last night was full of talent and so she stands on the bubble with two other great acts. Resound was a Vocal Harmony Trio. They were a group of best friends. They also had their timing down pat and the Bello Sisters were an Acrobatic Trio. They were inspired by their mom who was also in show business. Again, these three acts were up for the Dunkin Save. The Dunkin Save can only save one of these three acts and out of the remaining two, it will be up to the judges to decide. The judges get their vote too.
It would be great if everyone could get to voting from now. The window to do so is slowly closing and every vote should be counted. Besides the Dunkin Save, America has already decided on which three acts they were sending to the Semi-Finals. The first act to find out they were going through to the next round was Kenadi Dodds. She’s a Singer who beat out Noah Epps in the cute kid selection. Noah was technically a Dancer. He had this whole creepy routine going on last night and it was great to watch. Noah shouldn’t be discouraged by the results from tonight because he too did really well.
The next act going through to the Semi-Finals was Broken Roots. The Singing Guitarists Duobeat out Alex Hooper the Stand-up Comedian and Lightwave Theatre Company who were a Puppeteer Act. Their country-style and smooth voices carry the day for Broken Roots. They were later joined by Brandon Leake in the next round. Leake beat out the C.A. Wildcats and the Divas & Drummers of Compton. This last round was particularly hard just because these acts gathered the most interest of the night. They were heavily talked about on Twitter and so it was surprising that only Leake had made it through.

With Leake’s selection, that makes three acts that made it to the Semi-Finals. The remaining two spots were depending on the results of the Dunkin Save and that was still going. The show had time to kill and they decided to fill it with a joint performance from Cam and Duo Transcend. The Acrobatic Duo was probably best remembered as the act that had an accident on live tv. The duo who was husband and wife had an accident when the husband who was also slowly losing his vision had managed to miscalculate when to grab his wife. She slipped right out of his fingers and she fell quite a distance. She was lucky to be okay.

The video of the fall is still up on YouTube for anyone interested. Duo Transcend also came back for “AGT: Champions” and they were a fan favorite. Darci Lynne was another favorite who came back. She performed several episodes ago and she was back tonight for a segment with the judges. It turns out Sofia was a ventriloquist as well. She had her puppet and Darci Lynne had her puppet.

They did a puppet-off. Darci Lynne ended up winning in a competition against Sofia and it was fun to watch them joke around. Even Howie got in on the action with his own puppet. He had a puppet that was made to look like Simon and the puppet was wrapped up in bandages just like the real-life Simon.

The real Simon injured himself in a freak bike accident. He was now recovering at home with family and there was no telling when he’ll be back. The show originally had guest judges filling in for him, but they chose to make do without one these past couple of episodes and that helped with the judges’ vote. There was now no chance for the judges’ vote to end in a tie like it did before and so that made things easier on the contestants.

Later, when the time for voting had ended, the winner of the Dunkin Save was announced. The person who won it tonight was Celina. She was in fourth place at the start of the night and naturally, she kept her position long enough to win the vote with America.

Celina was going to the Semi-Finals. Now, came time for the judges’ vote. The judges had to decide between the Bello Sisters and Resound. The judges deliberated and two votes went to Bello Sisters because Heidi wanted there to be variety in the next round.