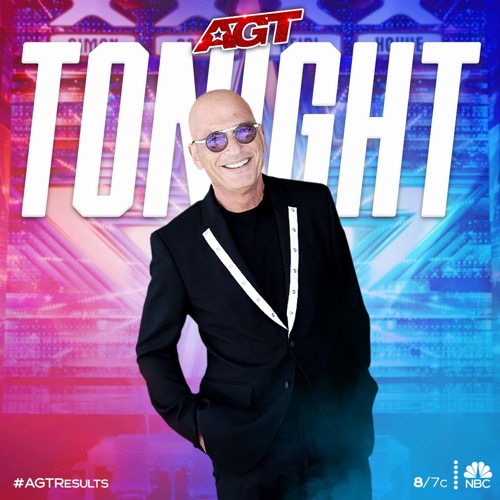 Tonight on NBC America’s Got Talent begins with an all-new Wednesday, September 9, 2020, episode and we have your America’s Got Talent recap below! On tonight’s AGT season 15 episode 20 “Results Show 5″, as per the NBC synopsis, “Only five of the previous night’s performers will move on to the Finals. Tonight, viewers will have one last chance to send their favorite performer to the next round.”

It’s Part Five of the Result Show! This is the first Result Show for the Semi-finals and once again eleven acts were up on the cutting board. Only a handful was going through to the Finals. The other half was going to be eliminated tonight and so everyone wanted to know who was safe and who was going home. The eleven acts had given eleven unforgettable performances. The audience watched each performance and they voted according to their taste. This year the audience has been heavily favoring Singers. The acts tonight were mostly Singers if not Singing Duos and so odds were on the Singers once again sweeping the night.

There was also the Dunkin Save. The Dunkin Save gives the audience one last opportunity to vote one act through to the next round and they were usually given three choices to choose from. The three choices open for the Dunkin Save tonight were Alan Silva, Archie Williams, and Malik Dope. There were ab Aerialist, a Singer, and a Drummer. They came in fourth, fifth, and sixth place. It wasn’t announced who came in where and again voting was still open for these three acts. Voting was closed for everyone else. And the first two eliminations were the Spyros Bros and Dance Town Family.

A Diabolo Duo and a Dance Group were eliminated tonight. They each were one of the few acts that didn’t have a musical element to them and they were sent home. Meanwhile, the first act going through to the Finals was Broken Roots. They were a Singing Guitarist Duo. They beat out Double Dragon who was a Singing Duet and so unfortunately Double Dragon missed out on the singing sweep. This whole season has been leaning more towards singers. It was therefore a shock that the one judge, who was geared towards singers, was out this season. It was like Simon was there to weed out the weak and keep them strong. And without him there, they were all struggling with choosing one great singing act.

Brandon Leake was up against Thomas Day in the third round. They both offered some great in the competition and it was sad to see one of them go, but Brandon won his spot in the Finals thanks to his beautiful poetry. He was a Spoken Word Poet. There was only one of him and there were six singing acts. In between the results, there were also performances from several “America’s Got Talent” alumni. The performer for tonight was Piff the Magic Dragon. He is a magician and comedian from the United Kingdom. He also wears a green dragon costume which is funny by itself on an adult male.

The next round was between Shaquira McGrath and Roberta Battaglia. They were two Singers up against each other and America voted to save Roberta. She was Sofia’s Golden Buzzer. She was also on the younger side. She was still a kid and kids were a huge draw because of the cute factor. Then there was the second performance form AGT alumni. This time it was Ndlovu Youth Choir who performed and they were a choir act from Season 14 of America’s Got Talent. They finished in the Bottom 5 of the Top 10. Their performance tonight was basically a music video with how great it looked. The production value definitely paid off with how great this performance turned out to be.

Afterward, there were still a couple of spots left open. Voting was still open on the Dunkin Save and so AGT decided to touch base with some of their fans. They had these twin sisters who showed up every performance. They were there all the way until March when the live audience were ruled out and the sisters have continued watching with a Watch Party. Well, the show was so grateful to have two loyal fans that they sent their cast to the twin sisters’ home. The sisters got to meet the judges and they all stayed six feet apart because of social distancing. It was a great surprise for the sisters. They got to ask questions they’ve been dying to ask. And everyone enjoyed themselves with a little heart to heart.

The voting for the Dunkin Save was over by the time the show returned to the Results. America voted and they saved Alan Silva. He was the Aerialist. He was also one of the few acts that weren’t a singing one and so the Finals were going to have a little of everything.

And with the Dunkin Save out of the way, it was up to the judges to decide on who would be getting the last open spot tonight and with there being just the three of them it was easy for them to choose. Tonight they chose Archie Williams.