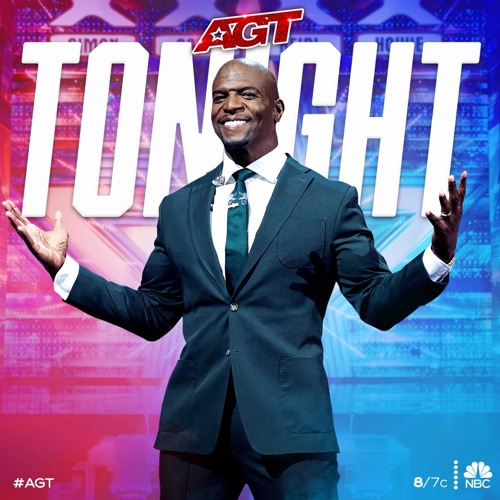 Tonight on NBC America’s Got Talent begins with an all-new Tuesday, September 15, 2020, episode and we have your America’s Got Talent recap below! On tonight’s AGT season 15 episode 21 “Semi-Finals 2″, as per the NBC synopsis, “Live from Universal Studios Hollywood, eleven semi-finalists perform for a chance to win $1 million and be named the most talented act in America. Starring creator and executive producer Simon Cowell alongside Heidi Klum, Howie Mandel, and Sofia Vergara.”

It’s the Semi-finals! Host Terry Crews welcomed everyone who was watching tonight’s performances. Things were different this year because of the pandemic and so tonight the audience had to watch the performances from the comfort of their own homes. The audience was also reminded about what next week is. Next week is the Finals! The Finals are what the performers are aiming for and many hoped to win this year AGT crown. There were eleven acts performing tonight. Three of them were Golden Buzzers and only five acts in all were moving on to the next round. Up first tonight was Simon’s Golden Buzzer.

Simon was still recovering at home after a nasty accident. He sadly had to sit out most of this season and so starting with Golden Buzzer was a way to remember him as well as his infamous input. Simon had seen something in the W.A.F.F.L.E. Crew. They were a dance group and they’ve been blowing everyone away with their Hip Hop style. The W.A.F.F.L.E. Crew has won over many fans. Their fans were therefore in for a treat as the crew danced to the song “Pump It Up”. They managed to turn a garage shop into their own personal stage and their coordination and the spirit they brought to the competition were still amazing to watch.

America has a chance to vote for their favorite performer. They have until seven am tomorrow to vote and they could vote for the W.A.F.F.L.E. Crew or they could one of the other acts. There was Kenadi Dodds, She went next and she was a singer. She performed a country song tonight. She performed in this staged garden that was set up on her street and it was really beautiful. A lot of details went into that garden. It also perfectly matched the song Kenadi chose. She was one of the younger performers tonight because she was still a kid and she showed such talent for her young age.

Kenadi was called sensational tonight. The judges enjoyed her performance tonight more than they did her last one and the great performances kept on coming up. Max Major was next. He was a magician and his greatest talent had to be the fact he was also a mentalist. He could practically read people’s thoughts. He sometimes caused them to think a certain way. He did that with his hands tonight. He talked about thinking up a shape and he moved his own hands to form a triangle. Therefore, the audience naturally thought of the triangle when thinking of a shape. Max did that so the audience let their guard down and all the while he was pulling off a greater trick.

Max managed to predict numbers that the audience thought up on a whim. He didn’t reveal how he did it, but he did it and the judges weren’t a huge fan of tonight’s performance. They said he made things more confusing for them. It was harder for them to follow what he was doing and so the judges disagreed whether or not they liked tonight’s performance. Heidi liked it because she was acting as Max’s assistant. Sofia liked it because she enjoyed the slight confusion. Howie didn’t like it because he barely thought it was a step-up from past performances. The judges were in disagreement because they all saw something different from what Max did.

To help them get back on track, they watched a performance from the Bello Sisters. The sisters were an acrobatic trio and they got their love of performing from their mother. She was in showbiz as well. She also said that her children love doing acrobatic movements since before they were born and so they naturally took it up when they got older. The trio was known for creating human sculptures. They also did it so beautifully that the judges were all in agreement about how much they enjoyed tonight’s performance. They all loved the Bello Sisters and again voting is open. It opens until tomorrow.

Celina Graves went next. She was a singer and a former athlete. She performed the song “Jealous” by Labrinth. It was a great fit for her voice because she truly had the range to pull it off and picking a great song was a talent on his own. Celina knew what would work with her. She also chose a song that held a lot of emotion and so it was surprising when Howie didn’t think it was enough. He thought Celina should strive for something bigger so that she stood out amongst all the singers. Sofia and Heidi didn’t agree with him. They thought the song tonight was a perfect fit for her and they told her that her voice is enough. They didn’t agree with Howie that she should have chosen something else.

Jonathan Goodwin went next. He was a daredevil whose last trick had been too dangerous for him and so why were the first words out of his mouth tonight was that he wanted to do something bigger and more dangerous. Jonathan was riding that line between talent and death wish. He took a huge risk. He told the audience that he was trying a stunt he had never pulled off before and somehow he pulled it off. Jonathan managed to survive his trick at all odds. He dangled by his teeth and it won over the judges. They told Jonathan that he had been wonderful to watch and mind you some of them watched his act through their fingers. They were just that scared something would go wrong.

Jonathan gave everyone a good fright. AGT went back indoors afterward and that’s where Jonathan told them that he has something planned that was even bigger for the Finals. To see it, America had to vote him through. Jonathan was promising danger only Cristina Rae was promising something else. She promised great performance. Albeit, without the danger. Cristina is a singer and she performed an unfamiliar song that she managed to pull off with great aplomb. Cristina didn’t hold anything back. She went straight for those high notes like they were nothing and the crowd ate it up. They loved this performance.

They loved how Cristina had rainfall as her backdrop. They loved the water effect that was playing across the stage floor and they just loved Cristina. Also, her son is so cute. He watched his mother’s performance with everyone else and he was so excited to be watching his mom. Cristina’s son was a point in her favor. He was merely too cute to ignore and so that was another reason to love Cristina. Up next was BAD Salsa. Bad Salsa is an Indian salsa dancing duo that gained fame after winning the fourth season of India’s Got Talent. They were also super talented. They kept everyone on their feet and they didn’t slow down for anyone.

The judge enjoyed BAD Salsa’s performance. They also judged Voices of Our City. VOC was a choir and they were also Terry’s Golden Buzzer. The choir brought together people who have been struggling with homelessness. It gave them something to dedicate their energies to and it was beautiful to watch them in action. The choir performed “Heroes”. It was dedicated to the health aide workers and choirs have always done well on AGT. They haven’t won yet. The door was still open for them to do so and so hopefully they do take the prize one day. And up next was Brett Loudermilk.

Brett is a sword swallower. His performance was perhaps the grossest. He swallowed something offstage and this time he had Howie assist him in swallowing a camera. He wanted the camera to catch sight of what he swallowed. It turns out he swallowed a plastic duck. He also brought it back up and so it disgusted Howie. Howie really wished he hadn’t been so close to the “action”. The other judges were a little grossed out as well. They said they enjoyed the performance, but they were also grimacing at having to watch the performance. Brett tends to do that to people. He did his swallowing technique and it was Daneliya Tuleshova who closed out the night.

Daneliya is a singer. She performed another unfamiliar song and she rocked it out. She held her own miniature concert. The judges noted that. They told Daneliya that she’s already a star and so now she just has to win this thing.