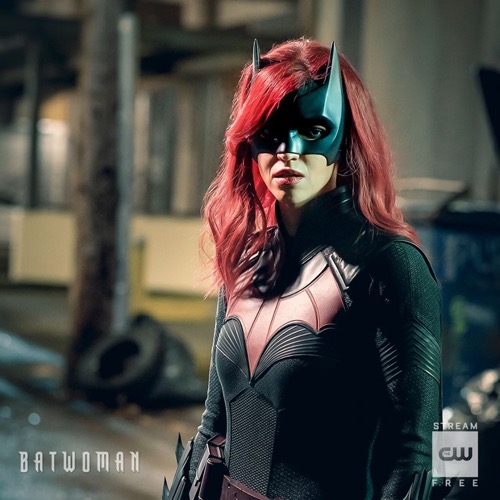 Tonight on the CW the series Batman airs with an all-new Sunday, March 15, 2020, season 1 episode 16 and we have your Batwoman recap below. On tonight’s  Batwoman season 1 episode 16 called,“Through The Looking-Glass” as per the CW synopsis, “Kate begins to question her instincts and Luke gets upsetting news. Alice seeks her sister’s help with a special task.”

Kate, Alice, and Jacob are out in the dark, Jacob is digging a hole in the ground. Alice says the monster that ripped their family apart all those years ago has brought them back together. Jacob tells Alice to knock it off or he is going to handcuff her again. Alice offers to shovel for him, she looks in the hole and says goodbye Mr. Caterpillar, say hello to the Queen of Hearts. After while Alice says she is going to find Mouse, Jacob says they are going to find him together. Alice says no because she has a different idea of what is going to happen to him after she finds him. Jacob says he can’t let Alice go, he goes to reach for his gun and Alice took it. Alice tells Jacob and Kate to let her sling back into the shadows since both their DNA is all over the grave.

Luke asks Kate if she found out anything about Beth’s killer, she says no. Luke gets a message from his mom, Reggie Harris’ post-conviction has been moved up to today. This is the man who killed his father.

Alice is looking for Mouse, she goes to the old warehouse where they used to be and finds all of the henchmen dead. She finds a note, “did you think I would forget? Your friend from Coryana.”

Jacob thinks the crows paid Nizary to destroy tapes, he goes to Sophie with the job to find the footage. Sophie is back on the payroll.

Sophie calls Kate, but she declines the call. Sophie says she got her text and just checking in to see if she is good.

Kate is having a hard time with the fact that she killed Mouse’s father. Alice shows up, tells her that she needs a favor. She says when she was drugged by Mouse’s father, she relived her worse fears. Alice tells her once she finds Mouse, she will flee this retched city for good. She also shares with Kate that her henchmen are dead because of an enemy of hers.

Jacob calls Kate, she tells him that she wants to help to find Mouse. He tells her to relax, they are doing everything they can and will call her when they get him.

Alice and Kate go to see a woman, tell her they are looking for one of her former patients, Jonathan Cartwright. Alice says he goes by Mouse. The woman says he is a sweet boy, but he is locked up. Kate tells her that he escaped and she heard he is heading this way. The woman offers brownies, Alice accepts.

In court, Luke is in the audience for the people vs. Reggie Harris. Mary surprises Luke by being there to support him. Reggie Harris comes out of a door and into court.

Sophie goes to see Mrs. Nizari and the door is left ajar, she goes inside to find her laying on the floor. All of a sudden, a woman jumps Sophie and says that she works for the special recognizance regiment and there is a bounty on Sophie’s head, they need to get out of there.

Alice is enjoying her brownies, Kate doesn’t want any. All of a sudden, Mouse is there, he is on the street, and before he has a chance to get into the house, the crows are there. Jacob hits Mouse across the face and he falls down. The woman comes back into the living room, she has a rifle, she calls the crows and tells Alice and Kate, you don’t think I know when something is up. Alice and Kate manage to escape. Alice wants to break Mouse out of the cell. Kate tells Alice since she already has a plan, she is wondering why she needs her. Mouse is confined to the basement, he is given an injection.

There is only two key to enter the area where Mouse is, Dr. Butler has one, and the head of security the other one. Kate gets it, that is why she needs her, but breaking into a high security psychiatric facility and freeing a criminal, that’s insane. Kate tells Alice that she is not a criminal. Alice reminders her that she killed Cartwright. Kate finally realizes that Alice set her up to kill Cartwright so she would be exactly like her. Kate freaks out and jumps Alice, starts to strangle her, Alice asks if she is going to kill her too and Kate lets go.

In court, Mary tries to console Luke and tells him that everything is going to be ok. The judge announces that there is going to be a re-trial and the defendant is free until then. Luke is clearly upset.

Alice and Kate are both laying down on the floor lookup up, talking. Alice thanks Kate for killing the man who destroyed her life and their family, and tells her never to feel guilty for what she did. Kate says the only thing she feels guilty about is that she doesn’t feel guilty. Alice says she is just scared that she is becoming her, Kates asks Alice isn’t that what she always wanted. Kate says she will do it, she will reunite her and Mouse, but she needs to be able to trust her. Alice says she can trust her, she promises and nobody will die in the process.

Alice gives Kate one of her masks that her henchmen wore, she says they can’t go in disguised as a flying rodent.

Kate and Alice are underground, they put on the henchmen masks, they are breaking into the psychiatric facility where Mouse is.

Sophie is with the woman who jumped her, Mary walks in and Sophie says they can use her help. Julia took a bullet that was meant for Sophie.

Luke is in his car, he is watching Reggie Harris and what appears to be Reggie’s mother, they are carrying bags. Luke gets out of his car and goes to approach Reggie. Luke tells him that he murdered his father, Reggie says he didn’t and he is sorry. Reggies says that he knows that he was proud of him, he told everyone in the store that night that his son Luke was going to change the world. Reggie says he woke up with a gun his hand and his dad’s blood all over him, but he didn’t do it. He was the winning lottery ticket for a bunch of punks that night. All of a sudden, someone shoots Reggie, Luke tries to cover the wound with a scarf and calls for help.

Alice and Kate are still searching the facility, Alice finds Dr. Butler, he says she is supposed to be dead. She asks what she wants. Alice says she wants to repay him for all the pain he inflicted on a friend of hers. Then she asks for his keys. Kate finds her way into a security room and the officer there sounds an alarm, she has to handle three different guards, before even more come into the room. In the end, Alice comes into the room and saves Kate.

Kate and Alice head to the room where Mouse is being kept, Alice has the key. She goes to untie him, Kate puts herself outside the door and locks it. Alice asks her to open it, Kate says she can’t do that. Kate says that she promised to put her with Mouse, and now she is. Jacob is there, he tells Alice that she can’t hurt anyone anymore. Alice tells Jacob that he is no better than her. Alice begs Kate not to leave her, Kate walks away.

In Jacob’s office, he tells Kate that they have Alice in 24-hour watch and thanks her for her courage. He also tells her that he moved the body, she can’t threaten them anymore. Kate hugs Jacob.

Luke walks in to see Mary, he has blood on him, he tells him that Reggie was shot, a professional hit. Mary thinks Reggie was set up and Luke’s father’s killer is still out there.

Julia is with Sophie., they talk about Reggie being shot. Julia tells Sophie that her godfather was Lucious Fox, she needs to go see Luke and make sure he is ok.

Sophie calls Jacob and tells him there was a hit on her, he goes to leave the station and someone tries to shoot him.

We see Mouse in his chair, locked up and smiling. Alice is sitting in a chair, in her isolated room and she says she doesn’t want to be anyone’s prisoner, she wants to be a queen.