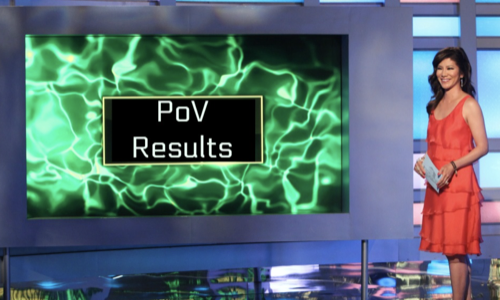 Nicole wishes Janelle was put up, she doesn’t trust her as far as she can throw her. Meanwhile, Kevin is embarrassed and feels like he is letting people down. He needs to put his feelings in a box and play the game. Kevin goes to see Cody and asks how he can get out of this. Cody tries to make him feel better because he knows that he has to do damage control. Kevin on the other hand is not exactly sure that he trusts Cody.

Kaysar has become a father since he was on the show last and he says he doesn’t want him to see the world the way it is now, he wants to see it better than this.

Tyler doesn’t want to jump into a bunch of alliances, he doesn’t want to bite him in the end. But, everyone is approaching him and wants to make a deal with him, the complete opposite of what he wanted to do.

Cody is loyal to Nicole, but he also has an alliance with Enzo and plans on taking home the money this time.

Kevin is feeling so alone right now, he doesn’t know who to ask to play for him in the Veto competition. He approaches Enzo, that doesn’t go very well. Then he goes to Ian, and tells him that he doesn’t want to put him in a bad position, but can he help him. Ian tells him to hang in there.

Time for the Veto competition and this one is a Farmer’s Market. When the clock starts the players have to hop on their bananas and ride them. Once they complete a set of 20 reps, they get 90 seconds to stack their produce on their basket. If their clock ever runs out, their time is up.

Cody is the first to be eliminated, then Ian. Five minutes left for the game. Enzo has locked in. Tyler dropped his fruit, he is out too. Kevin is about to hit the buzzer and is eliminated for his time running out, he is embarrassed again. Enzo wins with a score of 18.

Kevin got so close, he stacked more than Enzo, and he choked.

Nicole has also made a final two with Ian, they pinky swear their deal. Little does Ian know, he is Nicole’s backup plan. Kevin is glad that Enzo won and is hoping he will use the Veto on him since he chooses him to play.

Kevin knows that Enzo won’t do anything without Cody’s blessing, so he goes up to see Cody, who tells him that he feels they have a bond and he would like to work with him. Kevin tells him that if he saves him, he will give him 100% of his trust. Cody likes the deal and is considering have Enzo take Kevin off the block.

Bayleigh is so excited to be with Da’Vonne in the house and is excited to work here, it is more than she could ask for. Enzo walks by the bathroom and sees Nicole and Ian talking game, he runs right upstairs to speak to Cody. Cody thinks Enzo is right, Ian went to the final two with one of the best players and he won, so maybe he should put him up on the block and take off Kevin.

Time for the Veto meeting, Enzo decides not to use the Veto, he says it is too early. Kevin is clearly very upset. Enzo wanted to create a move this week, maybe a back door, but he thought twice about and finds it is too early. Truth be told, Cody probably told him no.