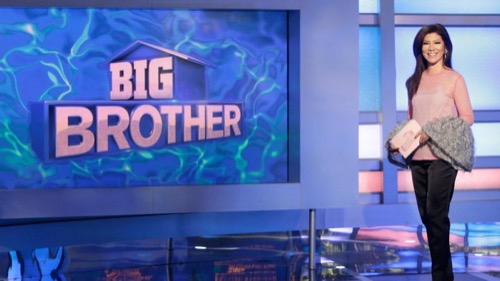 Tonight on CBS Big Brother 22 airs with an all-new Sunday, August 30, 2020, episode and we have your Big Brother 22 recap below! On tonight’s Big Brother season 22 episode 11 “HoH and Nominations,” as per the CBS synopsis, “Tonight on Big Brother it will be completion of the HoH competition and once a new Head of Household is crowed he or she will nominate two All-Stars for eviction.”

We continue with the HoH competition, in the first round, six players are battling it out to see which three players will move on to the next round. This is the first time Kaysar has been in the house without Janelle, and he knows he is being hunted like a dog, he needs to win. Tyler is nervous, he doesn’t want Kaysar to win, he knows he will be put on the block. Kaysar moves on, he gets his three balls in the holes and lots of houseguests are freaking out. Enzo moves forward and so does David.

Time for the second round Dani is the first one to move on. Kevin is next to move on and then Cody. Memphis’ dream of winning HoH and taking out David won’t be happening this HoH.

Christmas is upset, she wanted HoH to see things from home and maybe a photo of her son.

Time for the final round; Kaysar, Enzo, David, Dani, Kevin, and Cody. A lot of pressure is on Kaysar, he knows that if he doesn’t win it, he is probably going home. Kaysar winning would be the worst-case scenario for everyone. Everyone is against Kaysar winning. Enzo wants to win it because he has never won one before. Nicole is freaking out that Kaysar has two balls in and is so close to winning. Tyler is nervous as well, he doesn’t want Kaysar winning. You have to feel for Kaysar, the whole house against him. Enzo wins.

Cody goes to see Dani asks her why she voted for Kaysar to stay, she says she didn’t do it, but she did because she wants to pin it on someone else, maybe Da’Vonne or Bayleigh. Cody doesn’t believe it, Dani is getting defensive and that makes him think she is lying.

Da’Vonne is upset that she didn’t win HoH, she also wanted pictures of her daughter. Bayleigh comes into the room and gives her a hug. Bayleigh asks Da’Vonne who voted for Janelle to stay? She doesn’t know.

Dani is stirring her trouble around the house, she is trying to pin the votes to keep Janelle on the house on Bayleigh and Da’Vonne. Da’Vonne walks in the room, then Kevin and they all have the same question. Cody says it is so fishy and so odd. Cody knows someone is definitely lying. David walks in, Cody asks him why he voted the other way? He acts like he doesn’t know what they are talking about. David doesn’t like the manipulation.

Cody goes to see Enzo and asks him who he thinks switched the vote. Cody tells him about what Dani did, Cody tells him that he doesn’t trust her – Dani’s days are numbered, Cody is Enzo’s ride or dies in Big Brother.

Time for the Have Nots to choose the new ones for the week. Enzo chooses Tyler. Cody chooses Da’Vonne, Bayleigh chooses Dani. Dani then tells Bayleigh she is coming after her to which Bayleigh responds swing, but don’t miss.

Dani and Nicole are close outside the house, and inside, nobody is paying attention to their close relationship. They both want to go far in the game and plan on protecting each other.

Cody and Enzo are talking to each other, Enzo says he is thinking about Kaysar and a pawn, maybe Kevin. Cody suggests David, and Enzo tells him that it is his HoH and will put up who he wants.

Kaysar goes to see Enzo, and tries to secure his ties with him; he promises to have his back, he tells him that he likes players not floaters, and he respects him, they get along really well. Kaysar is cautiously optimistic, but he knows he is not out of the woods yet. Enzo likes Kaysar, but he hasn’t talked any game with hi, so he feels like he can’t trust him.

Christmas’ punishment is over, and she couldn’t be happier. She goes to talk game with Enzo. He tells her that she is good with him, she just needs to protect him and he will protect her. She tells him not to underestimate Ian, and David has been saying that he wants to stir things up.

Time for the Veto meeting, Enzo nominates Kaysar and Kevin and wished them luck on the PoV competition. Kaysar was hoping something was going to change this week, but he is not getting upset, he is going to win the Veto and come back with a vengeance.