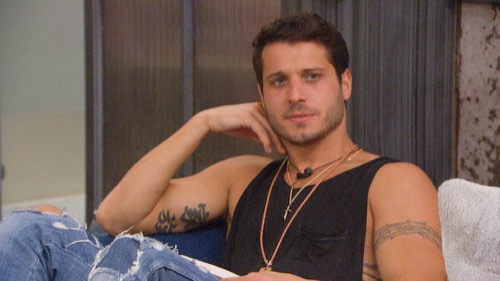 Tonight on CBS Big Brother 22 airs with an all-new Thursday, September 30, 2020, episode and we have your Big Brother 22 recap below! On tonight’s Big Brother season 22 episode 24 “PoV and Ceremony” as per the CBS synopsis, “Tonight on Big Brother is the Power of Veto competition.  Last episode we saw the new HoH Cody send both David and Kevin to the block.  So they will both be trying to win the PoV tonight and take themselves off the block.”

Kevin is nominated for the fifth time and Cody has made it clear that he is the target. David is frustrated, he doesn’t understand why he is being targeted, there are other bigger players to go after. Dani tells Nicole that she wants to play in the Veto this week more than anything because she really wants to win more prizes, and maybe she could through it to David or Kevin and Christmas be put up on the block.

Christmas tells Memphis that she is excited about the Veto. He says he just wants the nominations to stay the same. Christmas says she is not there for prizes, she wants to win the competitions. And, she has a bad feeling that she will be the replacement nominee.

Kevin tells David that he is safe this week no matter what the scenario. Cody has made it clear that he is coming for Kevin. Kevin leaves the room, Enzo comes in and tells David not to worry that he is on the block. Enzo says there are cracks and it is going to get ugly in the house soon. He wants David to win the Veto and force Cody’s hand to put up one of his alliance members.

Kevin tells David his frustration that he is bi-racial and how he doesn’t feel accepted in either the black or the Japanese community. And, he hopes by being on Big Brother that he brings awareness.

Christmas reconnects with Nicole, who tells her that she does have her back and if her name is in question, she shuts it down. Christmas asks if it is Dani, Nicole says yes – she has to start looking out for herself and if Christmas stays in the house, Dani will be on her hit list.

Time to pick players for the Veto competition. Cody picks Nicole, Kevin picks Tyler and David gets the houseguest choice, he picks Enzo.

The Veto competition begins, the backyard has lights everywhere, floaties, a psychedelic salamander looking dude. The salamander says he is staying in Dr. Will’s pad. In each round, the salamander will ask for a t-shirt with two evicted house name’s on it, they will have to slide down a ramp and search through the yard filled with floaties for the t-shirt the salamander is looking for. Once they have it, they make their way up the ramp, kneel on the ramp and present the salamander with the t-shirt. And, some of the t-shirts are worth $10,000.00.

In each round, the last person to find the t-shirt will be eliminated. And, the first person to find the $10,000.00 t-shirt and present it to the salamander will win the money. David finds the $10,000.00 t-shirt and presents it to win the money. Tyler is out, Kevin is out and Nicole is out. It is down to Enzo and Cody for the win. Cody wins the Veto.

Enzo can’t believe that David took the prize when he was on the block, he may have just thrown his whole game away. Cody was saving David, but now he doesn’t know if he can because of what David did, in fact, Cody tells him it was a big fail to do what he did.

Time for the Veto meeting and Cody decides not to use the Veto to save either Kevin or David. David was feeling good about the $10,000.00 and now he is worried after speaking to Cody. Meanwhile, Kevin is thrilled, he believes that David may have just saved him by making a dumb move.