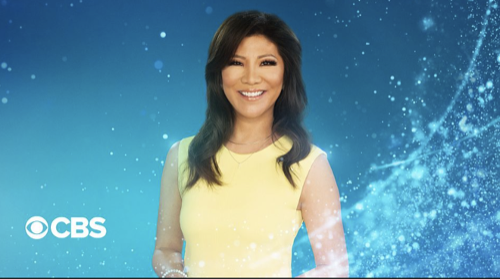 Tonight on CBS Big Brother 22 airs with an all-new Thursday, October 5, 2020, episode and we have your Big Brother 22 recap below! On tonight’s Big Brother season 22 episode 26 “HoH and Nominations” as per the CBS synopsis, “Tonight on Big Brother we are airing on a new night.  Sunday night’s episodes move to Monday nights.  In tonight’s episode, we have the Head of The Household competition, and once the new HoH is chosen he or she will nominate two people for elimination.”

The first-ever triple eviction is not a good thing, but Tyler knew if he was going to survive, he needed to win the HoH prior to the third eviction. He put Dani on the block because she put him on the block this season. Not only did he win HoH, but he won the Veto to secure his own nominations. Tyler did tell Nicole that he was campaigning her to stay because Dani was doing so much behind his back. Meanwhile, Enzo and Cody are saying that Christmas and Tyler are tight (partly because Dani revealed it during her exit) and need to go up on the block. Nicole knows that everything that comes out of Tyler’s mouth is a lie and she cannot even stand to look at him anymore. She is thankful to be in this house, but she knows that she has to win the next HoH or she will probably be going home.

Time for the HoH competition, all the houseguests enter the BB yoga studio, it is beyond chill. After that crazy triple eviction everyone has to unwind and release some tension, and what better way than a strip down BB yoga class. This competition is called namaste off the block. In every round, they will be given yoga attire inspired by a specific pose. They will be asked to do that pose by pressing three of the buttons on their station. When they hear the gong, their goal is to take off the yoga attire and hit the finish button.

It is not crucial for Cody to win, but there are people who he wants to protect – so he is going to give it a good try. Memphis clocks in at 3:48 seconds, Enzo with 7:16, Christmas with 16:48, Cody with 4:01, and Nicole with 8:08. Christmas is eliminated. There goes Tyler’s best bet to stay safe in the house.

Christmas thinks this is pretty terrible because there is a target on her back and Tylers because they were both the ones that flipped the vote on the wrong side. She is furious about how Tyler handled the vote because she thought they had Enzo locked and they didn’t. Meanwhile, Nicole is extremely annoyed that Christmas and Tyler voted against her and thinks Christmas is a dirty player. She is all in with the guys and ready to vote her out. She doesn’t trust either of them.

Enzo tells Cody that Christmas and Tyler have to go on the block, they are tight with Memphis. Clipping Christmas would be huge for Cody and put him in a good position in the house.

Enzo, Nicole, and Cody are all talking; Enzo knows that Christmas and Tyler are tight and they have to be separated. Nicole has Enzo and Cody on her side, a clear line has been drawn in the house right now.

Cody tells Tyler that he has to put him on the block, but he is going nowhere and it doesn’t change where they are in the game. Cody doesn’t trust him, but he needs him to still be an ally in the game.

Christmas tries to do major damage control, she lets Cody know that she was set up by Tyler. She tells him that she is pissed because it looks like she was a part of something bigger than she was. Both of their stories don’t match up, and Cody knows that the two of them are full of it.

Time for the nomination ceremony. Cody nominates Tyler and Christmas.

Cody tells them that something doesn’t sit with him about the last vote, and that is why he nominated them.