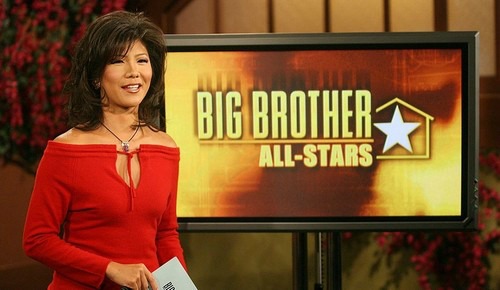 Tonight on CBS Big Brother 22 airs with an all-new Thursday, October 12, 2020, episode and we have your Big Brother 22 recap below! On tonight’s Big Brother season 22 episode 29 “HoH and Nominations” as per the CBS synopsis, “Tonight on B&B All-Stars it is another week and another Head of Household competition.  Once the new HoH is named he or she will choose their nominations for eviction.”

We continue with the HoH competition. Nicole hopes she can win so she can put up Nicole and Cody. Meanwhile, Cody hopes he wins so Christmas and Memphis can’t take a shot at him. Memphis thinks Nicole needs to go next because she is not in the Wise Guy alliance. This is a very hard competition, most houseguests’ pumpkins are falling off, whereby they have to start all over again. Nicole has her groove, Christmas as well. Enzo says this competition is messier than him carving pumpkins with his kids.

Cody can’t believe that he is aligned with Enzo, who is a lost cause in this competition. So far, it looks like Christmas is doing the best, she found her rhythm and what works, she is cruising. Cody finds it nerve-racking seeing Christmas doing well, he is just one step closer to be putting on the block. Memphis is not far behind Christmas, it is close between him and Christmas.

Christmas drops her pumpkin and has to start all over again. Nicole is catching up to Memphis, but her legs are shaking. Enzo really hopes that Nicole wins, and she does. Nobody has ever won this game twice and Nicole has a chance to do that. Meanwhile, Christmas is crying because she didn’t win.

Nicole doesn’t care how much blood is on her hands, she is not going to shy away from anything. Christmas is still crying, but she tells Nicole that she is happy that she won. Meanwhile, Nicole thinks it is hilarious that Christmas is sad that she won. Memphis finds Christmas upset, he hugs her and she says it was a stupid mistake. It is the worst scenario, the two don’t have a deal with Nicole which means that someone in the Wise Guys is going home. Enzo and Cody are thrilled, Enzo can’t wait for Nicole to take out either Memphis or Christmas and he won’t get his hands dirty.

Memphis tells Cody it is about to get real. Cody is acting like he is all about the Wise Guys, but he doesn’t trust Memphis and wouldn’t mind if he went home this week. Nicole has clear targets, Memphis and Christmas, they showed her all their cards and she is ready to make a move back.

Memphis is a huge threat to Cody, for Nicole to win this week and put him up, couldn’t have been better for him and Enzo. Nicole knows that she has to put up Memphis, it will help her with the jury, little Nicole took out Memphis. Nicole shows off her HoH room and couldn’t be more excited and nervous. Inside, she finds a basket filled with goodies, a photo of she and Vic, her family, and a letter from Vic. Vic tells her that he broke her toe when he visited his parents, and can’t wait to get married in December. Nicole is so happy and excited to have won HoH so she could hear from Vic.

Listening to Christmas, Nicole can read through the lines, she is coming after Cody. This is not news to her, but she is glad she is thinking that way because it puts her in a better spot. Nicole tells her that she didn’t come into this to get fourth place. Cody is next to visit Nicole, she tells him everything that Christmas said and she hopes it will make him fight harder in the next competition.

Knowing that Christmas is gunning for Cody, his target is now her and not Memphis. Keeping Christmas in the house is better for Nicole’s game, she doesn’t want Cody to change gears.

Memphis goes to speak to Nicole, he is in a little predicament with her because he has no deals with her. He says he didn’t make any deal outside the committee because he didn’t want to make a final two. Nicole knows he is lying. He makes a proposal, if she keeps him off the block, and he wins the Veto he won’t use it and he will take her forward, but she has to do the same for her.

She says she sees him and Christmas, and Cody and Enzo, and she are just here. He tells her that whoever wins the Veto has to take her. Memphis’ offer is terrible, and he is going to have to come up with something better than that to impress Nicole.