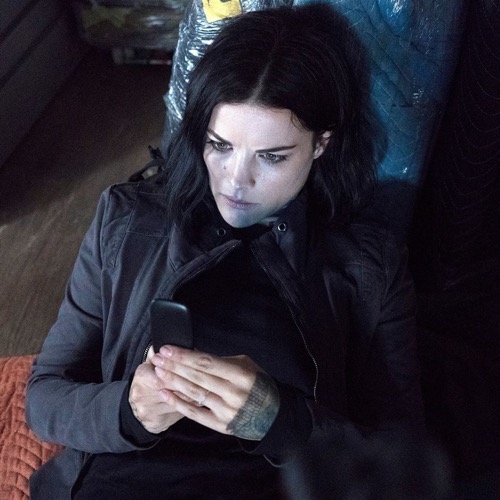 Tonight on NBC Blindspot airs with an all-new Friday, May 7, 2020, episode, and we have your Blindspot recap below. On tonight’s Blindspot season 5 episode 1 called “I Came To Sleigh,” as per the CBS synopsis “In the season five premiere, Jane tries to pick up the pieces after the explosive events in Iceland. She gets a strange message from an unknown ally that allows her to mount a rescue mission to free Rich Dotcom from a CIA black site.”

Jane takes watch. Alone, Edgar and Tasha finally give in to their feelings and kiss. Meanwhile, Madeline has ordered a drone strike in the cabin where Jane has been hiding with Patterson and the others. Jane watches it blow up in front of her.

Two Months Later – Madeline and Matthew watch as someone blows up some of the city’s infrastructure. Madeline knows it is Jane and the others. She demands Matthew to find the rogue agents.

Prague – Jane arrives at a warehouse to see Kurt. Patterson and Tasha arrive. Patterson tells them they need to talk. Someone sent them a message. After they decode the message, they discover the CIA is holding Rich. Meanwhile, Rich is being tortured by his captors. He is told he is being traded to North Korea.

Jane and the team need to bust Rich out. Tasha admits she knows where he is being held. He is in France on a ship.

Rich’s captors are questioning him about where Jane and the others are. When he won’t talk they torture him more. Mathew checks in with one of his associates Afreen, who is on his side and Jane and the teams. She is slowly solving the bomb in the city to the incident to buy Jane and the other’s time.

Jane and Kurt go to meet a colorful rich mobster names Sho. Jane took him down once in her past. But hey agrees to help them if they take out an enemy of his. Jane agrees while Kurt doesn’t look too sure. After they make the deal, Sho demands Jane stay with him or no deal.

Afreen gives Madeline fake coordinates to the team while the team puts together their plan to save Rich.

Later, Kurt is busting down the door to see Rich on the ship. Rich is shocked. Kurt tells them he needs help getting them out. Rich doesn’t want to go. He can’t, he tells Rich. He has a tracker in his neck. Patterson and Tasha fight off several enemies while Kurt figures out what to do. Seconds later they come face to face with the enemy of Sho. They share with Rich that they need to kill him but Rich insists they don’t.

Kurt brings a photo and the enemy’s hand to Sho. He gives Jane back. Meanwhile, Matthew freaks out when Madeline brings in a team to find Jane and the others. Matthew asks her what she is doing. She tells him they plan to find his friends.

Rich and Jane hug after being reunited. Rich looks for Reade. They share that he isn’t coming. He died at the cabin saving Tasha’s life after she was suffocating under the weight of the rubble from the explosion caused by the drone. Tasha tells them all he shouldn’t have died. It is on them. They shouldn’t have run the last op in Iceland. Tasha tells them she wants to be done. They can all be done. Jane tells her they can’t be done.

Matthew asks Madeline what is going on. She tells him she needed to find someone who is motivated to find Jane and the others. She forces him to sign paperwork for the team, identifying them as private contractors.

Jane sits and watches the video of the bomb in the city. Kurt comes to talk to her. He knows she will get them through this. Rich checks on Tasha. She admits she knew where he was a month ago. Rich forgives her. He sits and listens to her as she cries. Rich thinks they all need to say goodbye. They all hold a moment for Reade. Tasha cries while the others toast him.

In exchange for their service, Madeline lets the lead private contractor conduct an experiment on a man. They watch as he dies.