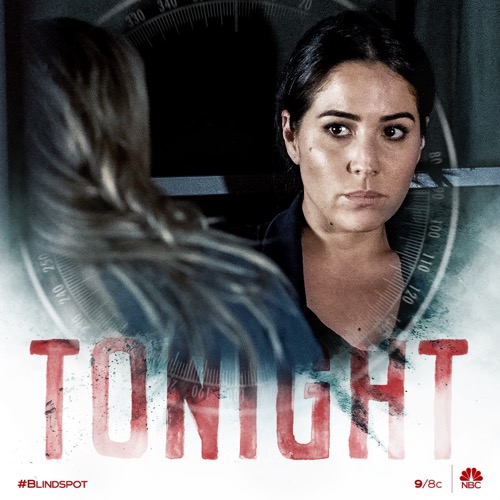 Tonight on NBC Blindspot airs with an all-new Thursday, June 18, 2020, episode, and we have your Blindspot recap below. In tonight’s Blindspot season 5 episode 6 called “Fire & Brimstone,” as per the CBS synopsis “When Ice Cream, the Icelandic fixer, returns to collect his debt, the team is forced into a life and death race around the world to solve a series of puzzles and recover the infamous stolen Gardner paintings.”

Unfortunately, the team was found. They were found by Ice Cream otherwise known as the Icelandic fixer. He was the one that set them up in Iceland and he even promised them untraceable phones. Those same phones turned out to be duds. The team used them, and Madeline was able to trace it back to their location. She used that to order a drone strike on them. She ended up killing Reade and the team was forced to run for their lives. The team naturally blame Ice Cream for what happened. He made it promise and the premise didn’t pan out. The team was so upset with him that they didn’t uphold the end of their bargain. Which is why Ice Cream needed them now.

Ice Cream was in trouble. He had promised what he didn’t have to a very dangerous man and that man is looking to collect. Ice Cream, therefore, needed the team’s help. They were supposed to hand him some paintings and he wanted them to follow through on it. Ice Cream even offered them something in return. He said he could prove that Madeline Burke was in nonstop contact with Dabbur Zann terrorist. He could prove Burke was in cahoots with Ivy Sands and that was enough to tarnish her name just long enough for the team to clear theirs. The team later agreed to this tradeoff with Ice Cream. He got the paintings and they got the evidence against Burke.

All the team needed to do was track down the paintings. The paintings were last in the possession of Boston’s. Boston was Rich ex and Rich knew him better than anyone. Rich knew Boston liked to sell the paintings as well as steal them. He increased his profits that way. Rich also knew Boston got into some trouble with the casino magnate Moe Lewis and so he thought Lewis had the painting. Only Lewis was robbed three months ago. It couldn’t have been Boston because Boston wouldn’t be that stupid and so it had to be a new person. The team considered everyone who worked Moe and they came up with suspects.

Moe was in the middle of a nasty divorce. His ex-wife could have stolen the paintings to get back at him or it could have been his art restorer. His art restorer was Irving Sutton. Sutton was a former hitman who burned out and went into art as part of his retirement. He also had liked the paintings. He was best remembered for asking Boston about them and so the team thought he was their best bet. Weller and Jane later broke into the man’s place. They found him and they tried to take him and something went wrong. They lost Sutton. They also didn’t plan on Sutton having a failsafe and he did.

Sutton’s death automatically released a message on the dark web. In his message, Sutton told every two-bit criminal that he was an infamous art thief and none of them never figured it out. He also said that he left clues for where he hid his treasure. Sutton dared anyone to find them and so now people could get to the paintings before the team did. The team couldn’t allow that to happen. If they lost the paintings then they lost Ice Cream. Ice Cream would be criminal by the man he upset and so he begged the team to find the paintings first. The team relied on Patterson to solve Sutton’s last riddle.

She couldn’t figure it out until Rich came up with something. Rich suggested they look at the riddle in a different light and that helped Patterson put the pieces together. She realized then that Sutton was pointing to the paintings. He even gave them a geographical location hidden in his message and so Jane and Weller took their private plane to Croatia. They were the first to arrive on the scene. They found the paintings and that’s when someone snuck behind them. The people that came up second had pulled their guns on the couple. They then forced Jane and Weller to give up the paintings and tied the couple to a chair so that the couple couldn’t come after them.

It was a real clusterf*ck. The team lost the paintings and they were at risk of being found. Patterson helped Jane and Weller to get out of their situation. She also went back to looking for the paintings. She was under extreme pressure because Ice Cream was there and he was panicking. He couldn’t believe Jane and Weller got themselves caught as they did. He thought he lost on the paintings forever and thankfully the team was able to give him the good news. The paintings the couple found weren’t real. They were decoys and the real paintings were still in a hidden location. There was another clue that the couple found. They gave it to Patterson and the chase led her to a third clue.

This time there was a time limit on it. The third clue had to be figured out in thirty minutes because Sutton’s failsafe would post the third clue on the dark web in half an hour. Sutton was playing games even from death and unfortunately, everyone just had to go along with it. The team worked on the clues. They received help from Ice Cream who turned out to be an extremely talented mathematician and so they eventually found out where the clue was leading them to. Patterson and Rich were the ones this time that pursued the clue. They traveled to a monastery. They posed as a nun and priest. They found the book that Sutton wanted them to find and it led them to a hidden room inside the library.

Some thieves came by. It was a repeat of last time and again the thieves made off with the fake paintings. Patterson and Rich found the real paintings. They found them and handed them over to Ice Cream. They also convinced him to turn the paintings over to a museum where he’ll receive due to recognition. Ice Cream didn’t fall down on his part and he gave the team the Beaconer’s back door. They found out that thanks to this that Burke is weaponizing ZIP. She plans on wiping hundreds if not millions of people’s memories and there’s no telling why she would want to do something like that.