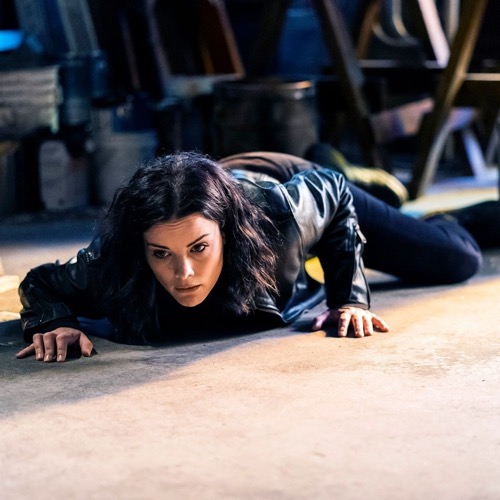 Tonight on NBC Blindspot airs with an all-new Thursday, July 23, 2020, episode, and we have your Blindspot series finale recap below. In tonight’s Blindspot season 5 episode 11 called “Iunne Ennui” as per the CBS synopsis “The 100th and final episode. Turn off your mind relax and float downstream, it is not dying. It is not dying.”

Jane later woke up at the hospital. She didn’t know why she was there and so the team explained to her what happened. They told her that she went after Ivy. Ivy sensing that she was in danger had decided to set off one of the ZIP bombs and so Jane contained herself with the smoke in order to stop the spread. She saved the team from being wiped. Jane also saved herself it seems because her memories were just fine. She remembered everyone and most importantly she remembered herself. Jane was okay. She couldn’t wait to join the team again and unfortunately, they had bad news for her.

There wasn’t a team. Not anymore. The team had been fired by the FBI and they were prohibited from joining any other federal form of government. They were now civilians. They were civilians when they were alerted that they had underestimated Ivy. They thought she would make a run for it now that she doesn’t have the ZIP anymore and it turns out she still has some ZIP. There were thirty canisters on the roster, but the team only recovered twenty-nine. This meant there was one more ZIP canister out there. It was in Ivy’s position and Ivy was going to use it. She’s still a terrorist after all. She plans on causing terror.

Patterson and Weller went to the new director. Director Arla Grigoryan was the same person that fired them and they still had to go here because they have urgent news. They have proof that Ivy is still a threat. She was in New York and so it could be reasoned that she would use the canister in New York. Grigoryan said she would put her best people on it. Weller told her that they were her best people and that they could potentially waste hours bringing new people in. Weller and Patterson asked to be the ones to run it. They said their team knew Dabbur Zann and how to take them down. They eventually got Grigoryan to see their side.

Grigoryan agreed the team could run this one last case. It was up to them to stop Ivy and her people. Except Grigoryan also added certain conditions. She said the team was going to run everything by her and that she would make the call. She even repeated what she said after Jane had made a hunch. Jane saw a map of where Ivy’s cell phone was pinging and she automatically deduces where Ivy was. Jane was once a terrorist herself. She knew what sort of location that Ivy was looking for and it sucks that her hunches weren’t good enough for Grigoryan. Grigoryan wanted concrete proof. Not hunches.

Grigoryan rejected what Jane had said because there was nothing backing it up. Jane felt dejected and she hallucinated seeing all the previous FBI directors telling her that she was wrong. She later went to the bathroom to wash her face. She thought she was stressed and it wasn’t until she saw Roman that she realized that her hallucination could mean something more. Like what if she’s dying again. Jane last started hallucinating when she was dying from ZIP poisoning and, while she did receive an antidote, Roman told her that it wasn’t sticking. Roman or her hallucination of him had told her that she was dying. And she came to think it as well once her hallucinations continued.

Jane saw all of her old foes. She saw her ex-fiancée. She saw Hank Crawford and Madeline Burke. She also saw her mother. They all tried to tell her to follow her instincts. They pushed her into going to the location where she believed Ivy was hiding. Ivy had made it out with the ZIP bomb, but Jane found her goons and she killed one of them. Jane was still talking to herself when the rest of the team came in. They quickly realized what was wrong and they brought her back to headquarters so that she could see the doctor there. Jane was in fact dying from the ZIP. She needed another dose of the antidote and so she agreed to take it.

Jane was taking the antidote when she had another hallucination. This time the hallucination held valuable information. It reminded her that she had overheard Ivy’s plan to use the ZIP and that’s why Ivy had drugged her. Jane actually knows where the ZIP is going to be used. She just has to remember it and so that meant she needed to keep having the hallucinations. Jane agreed to quite the antidote. She wanted to remember and the antidote would only have hindered her. Jane didn’t tell anyone on her team that she was risking her life to solve the case. She kept her secrets and she didn’t know fact from fiction anymore.

Nas had visited the team. She brought valuable information from the NSA and Jane had initially believed she was a hallucination as well. It wasn’t until Patterson hugged Nas that Jane realized Nas was real. Jane managed to cover up her confusion at first by claiming she had a headache and so Nas left with Patterson while Jane followed her hallucinations. Jane followed a rabbit she saw. She followed it into a deserted area at headquarters. She then saw all the villains she ever took down and they helped her remember. She remembered that Ivy mentioned Times Square. Ivy was going to set off her bomb in the biggest area of New York City.

Jane still hadn’t taken the antidote. She let the hallucinations guide her to the bomb and thankfully her plan worked. She did find the bomb. Zapata found Ivy and she also cleared out Times Square. Jane was soon joined by Weller. They alone were left with the bomb and together they defuse it. They stopped Ivy from flooding Times Square with ZIP. The team once again saved the day, but Jane had gone without the antidote for too long and she quickly died in the same place where she was technically born as Jane Doe.

She arrived in a bag and she left in a bag.