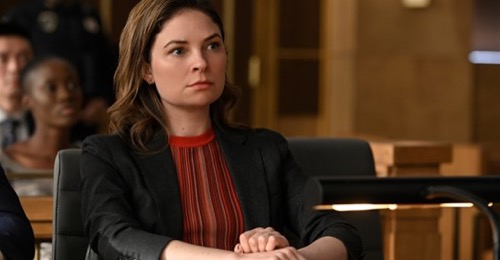 Tonight on CBS their drama Bull inspired by Dr. Phil McGraw airs with an all-new May 4, 2020, episode and we have your Bull recap below.  On tonight’s Bull season 4 episode 20 called, “Wrecked,” as per the CBS synopsis, “Bull and the TAC team help Taylor bring a civil suit against the woman who killed Taylor’s friend in a hit-and-run when the driver evades criminal charges by claiming diplomatic immunity.”

Taylor and her friend Caroline hit the town. They leave their kids home. On their walk home, Caroline is struck by a car that takes off. Taylor is left screaming in the street for help.

Marissa shows up at the hospital. Danny is looking for the car but hasn’t had any luck yet. Taylor receives the sad news from the doctor that Caroline didn’t make it on the operating table. Marissa comforts her.

The next day, Bull comforts Taylor. She tells him about Caroline who was her best friend. She has Caroline’s son with her. He was adopted and has no father. Bull breaks the sad news that it was an 18-year-old daughter of a diplomat who struck Caroline. There isn’t anything they can do. Bull also shares that Caroline named Taylor as the guardian of her son.

After some research, Taylor believes the diplomat’s daughter’s friend was actually driving thanks to some social media posts. Bull plans to bring this to the DA.

After being with the DA, they learn they won’t allow them to press charges. The diplomat’s daughter confessed. They plan on filing a civil suit. Taylor heads home and tells Caroline’s son Henry about her being his guardian.

Benny and Bull get to work on how they plan to pick the jury pool. At court, Taylor is upset when she sees the two girls who killed her friend. After the jury pool is picked, the lawyer for the opposing side offers a settlement. That doesn’t sit well with Taylor. She wants the driver to have to sit in court and listen and understand who Caroline was.

Benny cross-examines a social media influencer who was at the party with the two girls. He shared that Sonya and Jade were both drinking quite heavily. He cannot confirm, however, who was driving the vehicle.

Chunk rehearses with Taylor about what she’ll say when she takes the stand. She’s in a lot of debt so the jury might think that she is looking for funds from Henry’s civil suit if he wins. The next day Taylor takes the stand and fully explains that she has no interest in the money. The opposing lawyer rips Taylor apart on the stand by pointing out that she works for Bull and his team and she is great at eliciting emotions from juries.

That night, Taylor calls Marissa to her home. Taylor hacked both of the girl’s cell phones and has audio proof. Marissa takes away her computer and tells her that they cannot use it because it was illegally recorded.

The next day, the diplomat’s daughter takes the stand and says she was the one driving. Meanwhile, Marissa is going over the recordings Taylor captured with Danny. Marissa thinks she may have found something that could lead them to a man named Jeffrey who may have helped both the girls. Dani pays the boy’s home a visit but his father isn’t willing to talk.

At court, Jeffrey’s lawyer shares he has anxiety and shouldn’t take the stand. Benny and Bull share they believe he knows something based on his relationship on social media with both girls.

The team does some digging and thinking of creative ways to get answers. They subpoena Jeffrey’s housekeeper. She takes the stand and shares that Jade was driving. Taylor wins her case. Henry has plenty of money for his future with a $10 million settlement. Henry decides to move back home to Denver with his close friend and parents. Taylor is sad to see him go but it is his home.