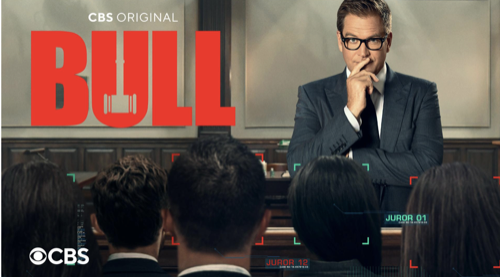 Tonight on CBS their drama Bull inspired by Dr. Phil McGraw airs with an all-new November 16, 2020, episode and we have your Bull recap below.  On tonight’s Bull season 5 episode 1 called, “My Corona,” as per the CBS synopsis, “Bull and the TAC team struggle to adjust to a virtual court system as they weather the New York City shut down due to the coronavirus.”

The world looked different back in March. The city they all knew and loved was different. In the early days of spring, the team was just finding out about the coronavirus. The coronavirus was showing up in NYC. There were a few people that were sick and everyone just assumed that it would be the end of it. They all thought the virus would be eradicated within weeks. They also thought that the courts would reopen in a month and so they tried working from home. They had meetings every day at first. They talked online. They also celebrated important events like Chunk graduating law school.

The team was once so full of hope. The hope soon disappeared once months went by and nothing changed. They went into the fall with nothing changing for them. However, things are looking up now. They’ve got a case. Their first case in months and it was very important. They were going to be representing a data mining company. This company collects information on people and it delivers to landlords who pay an average fee of twelve dollars. The company is now in fact worth more than a billion dollars because there were that many landlords out there. The company also had trouble on their hands because they were an automated service and this service didn’t come with human oversight.

The lack of oversight was why they were in trouble. It seems the company services work when the landlords put in a name. The service would either find the right person, the wrong person with a similar name, or sometimes it even found the wrong person with the same name. It didn’t always happen to the be the correct person the landlord was looking for. This led to confusion when sometimes the landlords were given fraudulent information and they chose to act on such fraudulent information. The federal government is now suing the company for all the mistakes that occurred on their watch.

Again, this would have all been solved by human oversight. The company chose to put their faith in an algorithm and the algorithm failed them. There were mistakes that occurred on their watch. These mistakes would sometimes cost people their homes during a pandemic and so the federal government became involved. They were suing the company. They were representing everyone that was mistakenly targeted and so it was up to Bull and his team to give this company their very best. There was just one problem with that. They were used to a different sort of court and things were forced to change after the pandemic.

There wasn’t a full courtroom anymore. The potential jury wasn’t going to be risked on the off chance that they were selected and so jury selection happened over the phone. They weren’t going to be in the same room as Bull. He wouldn’t get to watch them or their reactions like he used to and so he had to rely on the information he received from his tech team. This was no longer trial science. Bull and Benny went through jury selection and Bull relied heavily on Marissa’s input. He didn’t have a disagreement with her until he heard this one juror. She was a tax auditor for the IRS and she hated computer mistakes. She sounded like the worst possible juror for their case and yet Bull made sure that she was on the jury.

Bull chose to rely on his instincts. He was also singing to himself when no one else could hear and still he chose to rely on his instincts. Bull moved ahead with a jury that his team disagrees with. He also couldn’t see the jury once it was selected because he never got to meet them in person and so the jury watched the court from a separate room in which they all seated six feet apart. The six feet apart were also there in court. Benny had to six feet away from his client and so he couldn’t whisper into his ear like normal. He had to write out notes and pass them and Bull did the same with Benny. There was also the heart of the case.

The heart of the case was with the people that were wrongfully identified by an automation service. There was a young black mother who checked out an apartment and one of the first to do so. She, therefore, though she had the apartment in the bag, but then her potential landlord read the LDI report on her in which she was accused of domestic assault, low-level drug charges, and driving without a license. This young mother couldn’t find a place to live for months because the Potential Resident Background Report called her a common criminal. Other reports of those kinds also worked out the same for the several witnesses that the federal government can call upon in court.

Bull has Danny looking for people that were helped by the algorithm. So far, she couldn’t find anyone and they desperately need someone to put on the stand. The team was all working a case that they hated, but that they knew was important because Bull has been paying them from March and he’s run through his savings by keeping the lease on the building. Bull, therefore, needed a win. He needed a paying client and that’s what LDI offered. LDI was also offered a deal from the federal government and they turned it down in the beginning because they believe they can win their case. And so Bull told them they were wrong. He advised that the company reach a settlement with the federal government and they’ll do so now because both sides could see who was really winning.

Bull later met the woman he put on the jury. He had wanted to meet her in person and it turns out she was the spitting image of Isabella. They started talking and then it got weird because Isabel begged him to wake up in the middle of it. It turns out that Bull has been sleeping for the past five days. They had to call a doctor to check him over and, while he was awake, they told him the good news. They told him they could soon start working on cases again. And so most of the episode has been a dream sequence.