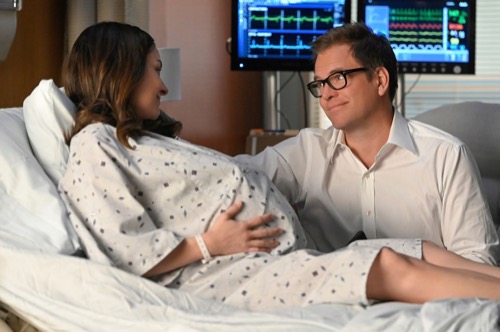 Tonight on CBS their drama Bull inspired by Dr. Phil McGraw airs with an all-new February 10, 2020, episode and we have your Bull recap below.  On tonight’s Bull season 4 episode 14 called, “Quid Pro Quo,” as per the CBS synopsis, “Bull is hired by a doctor, Samir Shadid, who’s accused by the Manhattan U.S. attorney of bribing his way into college, just as Bull’s ex-wife, Isabella, is due to give birth.

As Bull waits for Izzy to go into labor, he contends with the trial’s national news, due to its connection to a high-profile college admissions conspiracy case.”

Izzy is miserable in bed. Bull tries to make her feel better. She wants to induce labor. There is sex or spicy food. They eat spicy food at 7 in the morning.

Bull arrives at work to Marissa hot on his heels. They have a case. A former juror wants their help. Mr. Shadid is a surgeon whose father supposedly paid someone to get him into college. He is being indicted by a grand jury. They immediately head to court. The judge fast tracks the case. The trial will begin in the morning. Bull thinks this is great while Benny does not.

Benny begins the jury pool selection with Marissa and Bull feeding him notes. Out for recess, another man approaches Bull and Benny. He is a lawyer who is also being accused of bribery to get his college degree. They offer to sit down with him later.

A woman from the college where Dr. Shadid attended tells the jury that she received a check for $125k to push his applications through. She did so and goes on to explain that Shadid was not like his peers. He had to know about the bribe. Bull gets a call. Izzy is in labor. He leaves the court, disrupting the case. When he gets to Izzy she tells him it was a false alarm. She is crying and wants a new doctor. They must all think she is crazy.

Chunk takes Bull’s position looking uncomfortable. A woman takes the stand to tell the jury how she paid the college admissions office on behalf of Dr. Shadid’s office. She also shares that Shadid was there when money changed hands. Shadid tells Chunk he has never met her. Benny cross-examines the woman, pointing out how she is probably facing a lifetime in prison and will say anything to shave some years off of her sentence.

Mrs. Shadid takes the stand. She would know if her son scammed the admissions office and her ex-husband. Meanwhile, Bull has returned and is watching one of the jurors he believes is trying to sway her peers with eye contact. Bull starts to wonder if the Shadid’s are bribing her. Are they actually guilty?

Back at the office, Taylor tells them all how she has discovered their juror was in debt but has since paid off all of her debts. It appears she is being bribed.

The next day, Bull confronts Shadid in the men’s room. They talk about the juror. Shadid knows nothing. Bull wonder if maybe her mother has been buying the juror. Shadid wants to be honest and wants Bull to look into it. Later, Taylor brings them more information. It appears the bribe may have something to do with the lawyer who approached them in the beginning of the case. They bring it to the prosecutor. She is shocked and surprised they are sharing this information. Bull points out that Shadid wanted them too. Bull states how Shadid is an honest man who shouldn’t suffer because of something his father may have done a long time ago. Bull gets a call. Izzy may actually be in labor.

Izzy actually gives birth. Benny arrives to see his niece. She’s perfect, he tells Bull while Izzy sleeps. Shadid also arrives. They tell Bull that the ADA withdrew the case. Shadid is so grateful. He thanks them.