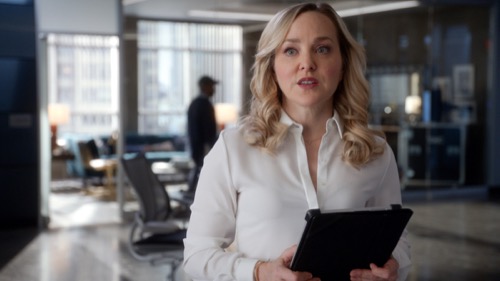 Tonight on CBS their drama Bull inspired by Dr. Phil McGraw airs with an all-new March 9, 2020, episode and we have your Bull recap below.  On tonight’s Bull season 4 episode 16 called, “Missing,” as per the CBS synopsis, “Bull joins a defense team of a doctor who has his DNA connected to a homicide; Bull and Benny pick jurors who are more likely to trust their instincts.”

Two teenage girls are shopping. One of them steals something. Do you get caught and brought to the police station. One of the mothers is called to the station. The police questioned her because her daughter’s identity doesn’t match her prints.

Benny comes to see Bull who is trying to sleep because his baby has been keeping him up. Marissa interrupts their conversation. They have new keys. Their potential new client is in the penitentiary, she’s been accused of stealing her niece years ago and raising her all this time. The woman tells them that her sister was in a car accident so she picked up the baby at daycare and went from there. The father was abusive and hand impulse issues.

They tell her that she has to explain to her niece Sarah what really happened. They’re going to have to know how she is as a mother if they’re gonna take her case. Later, they pick up Sarah. She looks very distraught and confused. Back at the office Marissa and the team look into the case and out the dad who is accused of being abusive.

The trial has begun. They coach the client not to show extreme emotion when Sarah‘s dad takes the stand. Benny cross-examines him. He is better now and has a child but he never stopped looking for Sarah. Benny focuses in on his past issues, his employment history, and relationship issues. Benny also discusses how he stayed on assistance and never told his caseworker that his daughter was missing.

The father’s lawyer cross-examines and old social worker who shares that she went to the hospital to check on Sarah but she went missing. Benny takes the floor and shares how 79 children died because social services failed to monitor them properly and that Sarah could’ve been number 80 if her aunt didn’t take her. Sarah is called to the stand.

Sarah shares that she was told her dad died in Afghanistan. She was also told that he was abusive to her mother who is really her aunt. She is open to having a relationship with her father he seems nice. She also shares that her aunt was a wonderful parent who has never been violent or aggressive.

Benny has to fight the judge to add the two witnesses the next day at court. It appears those witnesses won’t be good enough because they didn’t actually witness the biological father being abusive. They talk to the client. It looks like they’re stuck and she will most likely have to go to prison but she could go for less time if she takes the witness stand.