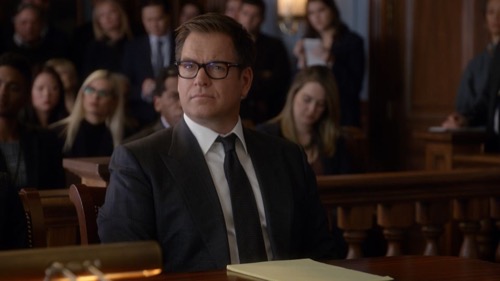 Tonight on CBS their drama Bull inspired by Dr. Phil McGraw airs with an all-new March 16, 2020, episode and we have your Bull recap below.  On tonight’s Bull season 4 episode 17 called, “The Invisible Woman,” as per the CBS synopsis, “Bull joins the defense team of a doctor who is an expert on anthrax after she was accused of terrorizing the city.”

A news anchor takes a break from her broadcast to open a birthday card her assistant has brought her. When she opens it something explodes in her face. She is quickly ill hours later at the ER. News reports detail anthrax being mailed to political figures.

10 days later – A doctor at the University gives a press conference on dealing with anthrax. He talks about how their research this load because the federal government pulled back on funding. Later, the doctor talks to his lab techs. He has been notified that the anthrax being mailed to political figures has been traced back to their lab.

Then he comes to see Bull, Who is in a very happy mood because the Antex killer is off the streets and it’s springtime. Benny thinks this is funny because he has been notified that a suspected anthrax killer requires a defense team and their firm signed up to do pro bono along time ago. It is mandatory that they represent her.

Bull and Benny go to meet their new client behind bars. She tells him that she is a doctor whose goal is to save lives, she is not a killer. They tell her about how there has been evidence collected against her that makes her look guilty, her labs bleached as well as her apartment and they found a bunch of N 95 masks. She explains that she works with pathogens and cleaned her lab as well as her apartment and she also had the masks because she was going to paint her bathroom.

Bull thinks this could be a bit of a frame job. The FBI and the city want to calm the masses so they’ve picked their scapegoat. Marissa doesn’t know how they’re going to find a jury who won’t be biased against their client Natalie.

In court the next day, Benny picks through the jury pool looking for people who believe that sometimes law enforcement gets the wrong person.

Danny, Taylor, and Marissa talk about how they’re going to go at this to help Natalie. It seems the only option is to find the actual person who did it or at least prove that there’s another suspect.

One of Natalie’s co-workers takes the stand and tells a story about Natalie that she swears to Bull isn’t true. He shares that he asked her to clean the lab and leave right after. It looks like she stayed hours later, giving her time to use the lab to dry anthrax spores.

Benny shares that Natalie stayed cleaning the lab and then worked on a report in her office. A report she turned in to him in the morning. He shares that he believes that could have happened and he hopes it did.

The next day in court, a congressman takes the stand. He was affected by the anthrax mailing as his wife died. Benny asks him if he felt threatened by Natalie, ever. He shares that his office filtered all of the threats. Benny points out that his office shared that they received 102 threats in 7 years, 19 of those death threats. Benny gets in trouble for pointing out that the investigation in his wife’s death was little to none apparently.

Natalie takes the stand and details how she has always wanted to help mankind. The jury sees her as credible until the other side shows a video of her at a conference 10 years prior. She talks about how sometimes you have to let 5 people die to save 5,000. The jury returns back to red, disliking her answer.

Marissa and Taylor are talking to Benny and Bull when a piece of mail explodes on them. The office is shut down.

Sometime later, the ladies share that they are all right and waiting for the lab to get back to them. They tell Bull and Benny to go home. They seem to be fine and they have each other. It looks like Natalie has a chance, she is in jail and didn’t do it.

Marissa calls Bull. It was powdered sugar. Bull is thrilled. The next day, he tells the ladies how happy he is to have them safe. It looks like it was a copy cat. Bull spent the night looking at Natalie’s co-workers. After some talking, Bull thinks it was Natalie’s boss.

Natalie is freed after Bull and Benny share their ideas and the police get a search warrant.