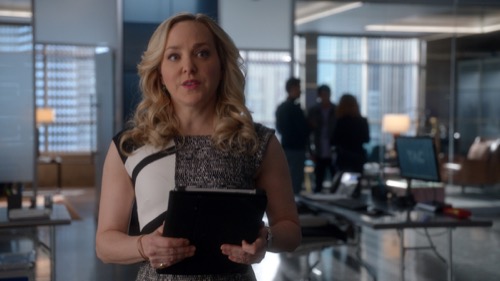 Tonight on CBS their drama Bull inspired by Dr. Phil McGraw airs with an all-new March 16, 2020, episode and we have your Bull recap below.  On tonight’s Bull season 4 episode 18 called, “Off The Rails,” as per the CBS synopsis, “Bull faces the unknown in court when TAC represents a train engineer with no memory of the fatal crash he allegedly caused, due to a brain injury he sustained in the collision.

Knowing his client’s missing memory will help the prosecution’s allegation of human error, Bull searches for jurors who will place shared blame at the feet of the engineer’s corporate employer.”

A train leaving Grand Central Station hits another train that is parked on the tracks. Hours later the train driver wakes up. He doesn’t know where he is or what day it is. They tell him at the hospital what happened and he is shocked. He doesn’t remember anything about it.

Bull and Benny are having a disagreement about baptizing Bull and Benny’s sister’s baby. Then he tells him just how important all of this is for the family. They are interrupted by Marissa who brings in their client, Walt, the man who hit a parked train. He was driving, he tells them and killed four people. He admits to them that he was tired when he went to work. Bull doesn’t really like this reply. Walt’s wife interjects to share that they lost their daughter a couple of months ago to leukemia and neither one of them has been sleeping well. But Walt’s work calls him all the time. And if he didn’t deal with the way the shifts were run he wouldn’t be on the schedule. After some more talking they agree to take the case.

After leaving the court, Benny doesn’t know what they’re going to do because their whole defense was planned around Walt being forced to work. Bull sees a man who is still in the morning for his daughter and for people he killed and at this point doesn’t seem like he even cares if he lives. They have to
defend him.

The team gets to work trying to create a new angle. Taylor doesn’t make them look for her because she’s already found somebody, a man named Frank who believes that Walt got railroaded. The next day Danny meets with Frank and he shares how the whole thing is a bit déjà vu for him. He too worked for the same company as Walt years ago and found himself in the same situation. He didn’t hit a train but he almost did because he was given a green light to go on the tracks. The whole thing was blamed on him and he was drug tested. It came up as positive but he doesn’t drink or do drugs.

The next day of court, a woman from a grief group that Walter attends shares that he had been extremely sad prior to the accident, almost suicidal.

Danny meets with Bull and Benny for lunch to tell them what she found out about while talking to Frank. Bull makes a solid point that with the inclement weather the night welcome to the accident maybe he didn’t see the signal. They plan to look into it.

Later that night, Benny gets back on Bull’s case about the baptism. Bull tries to explain in so many words without being rude that it’s he and Izzy’s decision.

Bull meets with Walt to try to get him to understand his situation and what he needs to say on the stand. He just wants him to care and have a guard for his wife and stop trying to punish himself.

Walt takes the stand. He explains that he is a religious man who lost his daughter but he knows that she is with God and his welcomed into heaven. He also knows that if he took his own life that he wouldn’t be welcomed in heaven so there’s no way that he would ever try to kill himself in a train full of people. These statements ring a bell with Bull and what Benny has been saying about the baptism this whole time.

The jury is moved by what Walt had to say but they have completely swayed to his side. Taylor has good news though that will help the case. After staying up all night she believes the company wiped out any previous records in regards to Frank’s keys and any other signal malfunction. But she did find a few things, handing Bull a huge file.

The next day in court then he makes the employer take the stand again and ask them all about signal malfunctions. The employer tells Benny that it’s extremely rare. Benny has numerous work orders showing that the signal that would’ve saved Walt from crashing into another train had to be repaired after the accident. Benny also has paperwork proving that similar incidents, not as severe, would’ve never happened if the company maintained their signals properly. The employer pleads the fifth. Walt is free to go!

After having too many drinks, Bull hands Benny a gift. It’s a CD, The Godfather. Yes, he wants Benny to be the godfather. Benny is beyond honored. They share a moment until Benny starts doing his best godfather impression out of the window of the car.