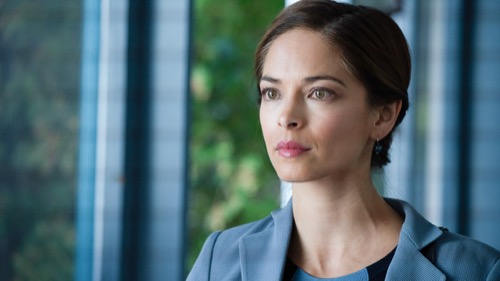 Tonight on the CW their legal drama Burden Of Truth with an all-new Thursday, June 4, 2020, episode and we have your Burden Of Truth recap below. On tonight’s Burden Of Truth season 3 episode 3 called “No Fathers Or Sons” as per the CW synopsis, “Billy’s (Peter Mooney) unexpected encounter with his estranged father is tense. Meanwhile, Joanna (Kristin Kreuk) deals with the results of Kodie’s (Sera-Lys McArthur) custody hearing.”

Kodie is visiting with her girls. She only gets an hour supervised. Billy and Joanna watch outside. After the girls are told times up, Joanna promises she will fix this.

Billy and Joanna go through documents and videos. They discover an anonymous neighbor is making the complaints. They head to find him. They knock on a door and its Billy’s father.

Luna picks up Kodie at the bus station so she can go take her drug test. Meanwhile, Billy and Joanna sit and talk to Billy’s dad. He admits to a social worker coming around. They show him a picture after he describes her. It is Marlene, the girls’ grandmother. Joanna asks how much he was paid. Insulted, he tells Billy he will only talk to him. Joanna decides to leave. She heads to see Kodie.

At Kodie’s, Joanna finds a photo of the girls and their grandmother. It looks like they did have a relationship. Joanna visits Diane to tell her.

On their way to the lab, Kodie asks to make a quick stop, something Luna was advised against. Luna gives in.

Diane and Joanna sit and talk with Kodie’s oldest. Madison tells them about how Marlene bought them things and then gave Kodie and Ryan a check. They fought about it so Madison hid it.

Alan calls Joanna. He has a proposition. He needs to meet her tonight. Meanwhile, Billy is stuck at the track with his dad.

Luna stops for Kodie who grabs something quick. It doesn’t appear to be drugs. Meanwhile, Taylor is trailing someone through the woods.

Billy and his dad sit and talk. His dad keeps avoiding signing paperwork. Billy calls Joanna who is looking for something in a garage. She finds proof that Marlene was trying to buy one of her granddaughters.

Joanna calls Luna to tell her what she found and her plan to appeal. Luna and Kodie head to the lab and are scanned for weapons by guards. Luna has a hard time.

At the track, Billy just wants his dad to sign the paperwork. His dad wants more money. He starts insulting Joanna. Billy throws a punch at him. They fight.

Taylor gets caught following Mr. Mitchell. He threatens her. She tells him she saw him with a sex worker and wonders if his wife knows. He threatens to kill her.

In court, Joanna gets the judge to agree to take the girls from Marlene but instead of returning them to Kodie, he sends them to foster care.

Billy and his dad are put into a cell. His dad apologizes. Meanwhile, Joanna visits to Kodie to tell her what is going on. Joanna asks her to be honest from now on. She doesn’t know why Joanna feels obligated. She just wants to be left alone.

Joanna meets with Alan. She needs a distraction and he needs her to be his in house council.

Joanna takes a pregnancy test and learns she is not pregnant. Billy comes home. She wants to know where he has been. He shares what happened. She shares they lost the appeal. She tells him about Alan.

At the court, Billy and Joanna look for Madison’s bag. She wasn’t allowed to take it. They find the bag. Owen calls. They head to the school where they are told the girls are missing. They are treating it as an abduction.