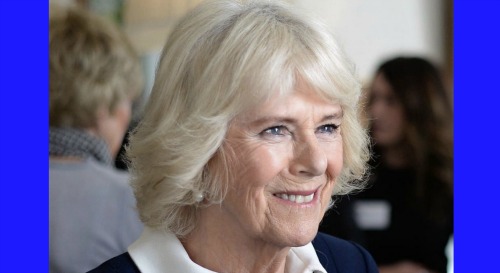 British royals news reveals that Camilla Parker-Bowles is reveling in a great joy. As you might have heard, Camilla and Prince Charles recently took a trip to Royal Gloucestershire Hospital to meet with medical staff and personnel there and to thank them for their service during the coronavirus pandemic.

While Prince Charles and Camilla Parker-Bowles were visiting with the staff, they made several statements that have garnered public interest. One such statement was made by Prince Charles, who revealed to a staff member that he was still dealing with the loss of smell and taste from his personal bout with COVID-19.

But Camilla Parker-Bowles revealed some happier news, when she was asked during the visit whether she had seen family, she said: “First time last weekend, not to hug them but see them. It was a great treat.” It’s not clear from the statement which family members she was able to see, but it’s likely that she’s referring to her children and grandchildren.

Camilla has five grandchildren from her first marriage to Andrew Parker-Bowles. Her son, Tom Parker-Bowles and his wife Sara Buys have two children: Lola (12) and Freddy (10). And Camilla’s daughter Laura Lopes and her husband Harry Lopes have three children: Eliza (12), Gus (10), and Louis (10).

Prince Charles and Camilla Parker-Bowles had been self-isolating at Balmoral Castle for weeks during the coronavirus lockdown period. It sounds like things are finally starting to get back to normal in terms of visits, although it seems that there was a strict no-contact policy in place and social distancing practices were followed.

Of course, Camilla also considers Prince William and Kate Middleton’s three children – Prince George (6), Princess Charlotte (5), and Prince Louis (2) – her grandchildren as well. This is also the case for Archie Mountbatten-Windsor (1), the son of Prince Harry and Meghan Markle.

There’s currently no word on whether Prince Charles and Camilla Parker-Bowles have seen Prince William and his family, but we would expect that if it hasn’t happened already, it’s bound to happen soon. Prince Harry, Meghan Markle, and Archie remain in Los Angeles, where they currently reside. Make sure you keep CDL bookmarked so you don’t miss any British royals news and updates.