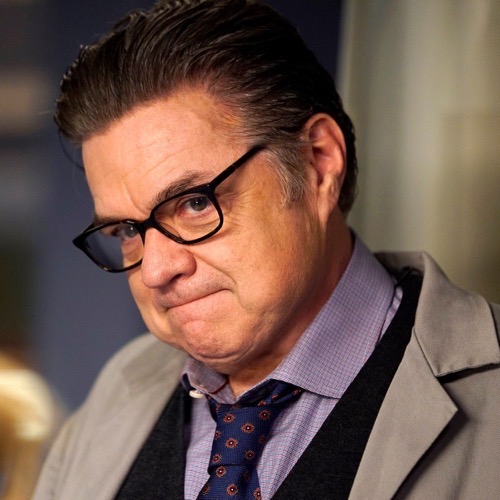 Tonight on NBC their medical drama Chicago Med airs with an all-new Wednesday, November 11, 2020, premiere episode and we have your Chicago Med recap below. In tonight’s Chicago Med season 6 episode 1 premiere called, “When Did We Begin To Change,” as per the NBC synopsis, “In the season 6 premiere, the entire staff at Chicago Med adjusts to the new normal of the pandemic.”

The hospital was forced to change because of the coronavirus. The doctors were tested before they were allowed to work a shift and often they were tested more than once before they could even be allowed into the hospital. Halstead himself had to jump through several hoops. He had to be sprayed with disinfectant, his temperature had to be taken, he had to take a shower, and of course, he had to wear a mask the whole time he was outside. The only time he got to ditch the mask was when he was in the hospital. He knew by then that he was clean and so was everyone else there. The doctors and the nurses were all dealing with Covid-19 patients.

There was also a rare case when it wasn’t Covid-19. Like Hannah. Halstead had been seeing a fellow doctor by the name of Hannah Asher and their relationship was a bit taboo. She wasn’t supposed to be dating anyone. She was going through recovery and one of the rules was that she had to wait a year before starting a new relationship. However, she and Halstead ignored that rule. They were seeing each other and it wasn’t anything constant. They were various episodes of them falling out because it was Halstead that made her get help. He knew she had a problem and she was forced to deal with it or risked losing her job. And that’s why it wasn’t surprising when she used the pandemic as an excuse to get high.

Hannah took some drugs. She overdosed and she got lucky that Halstead found her at her apartment. She would have died if it wasn’t for him. She could still die now because of her addiction and that’s why treating her was hard on the other doctors. They knew Hannah was struggling. They just had no idea how much until now and right now could be too late. The doctors were monitoring her condition. Halstead was paying special attention to her and he was also seeing Dr. Charles. Charles is the head of the psych department. He was a therapist and he had warned Halstead that addicts can replace drugs with a new romance because they were still looking for that high.

Halstead felt like Charles should say he told him so. Only Charles wasn’t going to say something like that because he wasn’t going to kick Halstead while he’s down and so Halstead is doing his best to work on his own guilt. He knows he should have been keeping an eye on Hannah back when it mattered. Covid-19 was stressful and everyone was dealing with it. Halstead asked Charles how he’s been doing. Charles said he’s okay. He lives with his teenage daughter and, while he tries to get her to open up, she’s not ready to. She was being a typical teenager. She didn’t want to speak to her parents about her feelings.

Charles was also keeping in contact with Goodwin. The hospital administrator is considered high risk because of her diabetes and so she couldn’t come into the hospital. She had to work from home. It was Dr. Lanik that was directing the doctors and he was taking risks that Goodwin wouldn’t have. He allowed April to work the Covid unit for three weeks in a row. The rule was one week on/one week off and he was ignoring it because not many volunteered for that unit. April was being a special case. She had thrown herself into the unit and she wouldn’t listen to anyone about how she should be prioritizing her own health.

Dr. Choi tried to talk to her about it. The two used to be together and it was once so serious that they had been trying for a baby, but the relationship crumbled after April began having feelings for someone else and she had kissed this other person. The other man was another doctor at the hospital. Crockett was the new guy and he hadn’t meant to come between April and Choi. He just had feelings for April. He did his best to pursue those feelings and it was no one’s fault that it didn’t work out. April realized that she was flirting with this other man because she was cracking under the pressure of having a baby. She didn’t actually want to be with Crockett.

If she did, she could have been with him now. April could have been dating Crockett during this whole mess and instead, it seems they’ve been keeping their distance from each other. Crockett didn’t even try to talk her out of going three weeks straight in the Covid unit. He was more paying attention to Manning. He and Manning have had their moments in the past and that could turn into something more now that Manning appears to be over Halstead. Halstead was focused on Hannah and Manning was focusing on her patients. She had brought Crockett onto her case involving a teenage patient with leukemia.

Manning thought Crockett would agree with her assessment. She wanted to try medication and he told her that he wanted to try surgery. Their patient was going through heart failure. Her cancer had come back and she and her father had been racially targeted because they were Asians and everyone just assumed they were responsible for Covid-19. This little girl had been through. Her family has been through enough and so Manning convinced them to try medication. She argued against Crockett’s point on surgery and he became quite angry with her. He couldn’t believe she had to undermined him like that.

Manning and Crockett weren’t going to turn romantic anytime soon with behavior like that. Luckily, Manning had a change of heart. Her patient got worse after the medication and so she agreed to do the surgery as Crockett suggested. Crockett was a lot nicer to her after she agreed to do what he wanted. He didn’t mean to be a jerk or anything. He was just remembering another child with cancer. He was operating under emotion and he later came to understand why Manning questioned his judgment. It wasn’t exactly what romance was built on only it was a work in progress. Manning needed to think of the future. She couldn’t look to the past anymore because Halstead was in love with another woman.

Halstead loved Hannah and at first, he thought he was sticking with Hannah. Hannah came to. She was awake and she apologized to him for using drugs. She said it wasn’t going to happen again and Halstead is not sure if he can believe her or not. Halstead treated another patient with an addiction. His patient was an Air Traffic Controller and she had a drinking problem. She’s been falling a lot of drinking problems. She also showed up at the hospital drunk and she had the nerve to try to deny it. The patient swore she hated the taste of alcohol. She made Halstead believe that something else must be wrong with her because it couldn’t be alcohol and then she got into a drunken fit.

The patient tried to fight everyone because they were getting in the way of her next drink. Halstead and Maggie had to sedate her. He also realized he needed to report her because she was denying she had a problem and so was her husband. Halstead soon came to realize that he’s never going to learn if he doesn’t admit to some hard truths. He spoke with Charles again and he told him how hard its been with Hannah. Halstead was holding on because he loves her, but she wasn’t making it easy on him and sometimes he questioned whether or not he should walk away. He was thinking of doing just that when he found out his patient actually wasn’t drinking. She had a special condition that turned carbs into alcohol in her blood. And so she was drunk all the time without taking a drink.

Halstead was so happy to be wrong about this patient that he easily could have convinced himself that he was wrong about Hannah as well. It just that he knew better. He knew that Hannah wasn’t going to change if she didn’t want to change and he couldn’t be the reason she stayed sober either. Halstead ended thing with Hannah because he realized that maybe they shouldn’t have been breaking that rule. It was a rule for a reason and so once again he was free. He was in love with a woman. Only they couldn’t be together and so he was going to need some time to heal. He’ll turn to Charles if he has any problems.

Charles finally got his daughter to open up. She apologized for giving him Covid early on and it was clear she felt he should still be angry at her. She needed to be upset because she was upset with herself. So, she finally just started to talk to her dad about everything. They were talking while April was back at the hospital making a tough choice. She couldn’t give a patient something he needed to live because Lanik thought it would be a waste of their resources and so April chose to be there as this man died when she knew there was a chance she could have saved him. And she later went to a memorial for all their patients with the other first responders and they all repeated the names of people they lost that day.