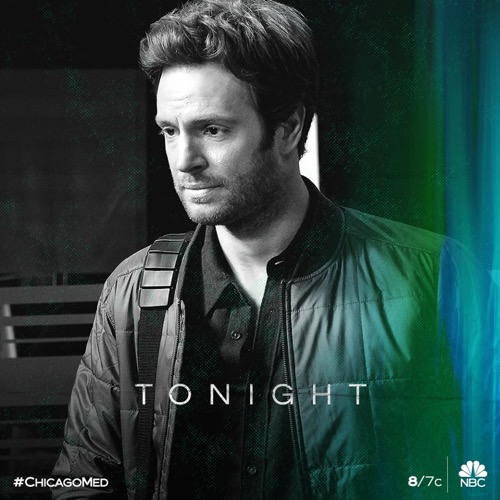 Tonight on NBC their medical drama Chicago Med airs with an all-new Wednesday, January 15, 2020, episode and we have your Chicago Med recap below. In tonight’s Chicago Med season 5 episode 11 called, “After a major accident at O’Hare, the E.D. is concerned one of their own is in mortal danger.

Will’s proposal for a safe injection site goes to the board for consideration. Natalie and Goodwin become concerned for Gwen.”

Dr. Wil Halstead came to work in a great mood. He was going before the board to pitch a new idea of his and he was really proud of it too. He was going to propose that they open a safe injection site at the hospital. This would mean that people looking to get high would come to the hospital and protect themselves from bad doses as well as dirty needles. Halstead came up with this idea when he lost his latest patient to drugs and hoping that he’ll find a method to stop this epidemic from killing anyone else.

Halstead was proud of his idea. He couldn’t wait to pitch it because he thought the board would give it a fair shot and it turns out they had already made up their minds. The board was going to shoot his proposal down. Halstead just didn’t know it yet. There’s also a chance he might never know it because something at the hospital first took up most of his time. The hospital was flooded with patients because they were was an accident at the airport and several people were injured. And unfortunately, this included one of their own.

Dr. Sam Abrams was badly burned. His daughter was off traveling and so the only one that could make the call for him was his very young wife, Michelle. Michelle was, of course, concerned about how badly he had been burnt. She didn’t seem to be thinking about how lucky they were that he was still alive, but the doctors were dealing with so many other things that Michelle’s reaction barely registered. There was the pregnant mother on the flight and how she went into labor during the crash.

The mother had begged them to save her baby. It seems the baby was the last embryo they had left and they would have been lost if they lost the child now. Only the baby was born without complications. The baby did develop a genetic disorder later on even if it wasn’t the fault of the doctors and so Halstead told the parents that the baby needed a liver transplant. Baby Mazie could either get a new liver off the transplant list or she could get two samples from her parents and so her parents got tested. And her father found out he wasn’t really her father.

Which didn’t make sense? Mazie was conceived via IVF and so her father should be her father. Mazie’s parents had demanded that the doctors run the DNA test again and, while that was happening, Halstead had to walk away to give his presentation. He went there believing he would speak to the whole board and it turns out Gwen was missing. Gwen had accidentally left her baby son Devon in the car. She didn’t even realize that he was there when she left and so lucky for her someone had spotted her baby in the back of the car.

Dr. Manning broke into the car to save the baby. Who was going to be fine thanks to the good doctor and not his own mother? What was Gwen thinking when she left her baby in the car? She forgot to drop him off at daycare and she ignored phone calls from the daycare as well as her ex-husband. Her ex wanted to know where the baby was. He constantly called her and his calls were just one more thing she failed to notice. Gwen was later informed about what happened. She was told she left her baby in the car and that they were giving him treatment.

Gwen’s sole focus, however, was on the doctors not informing her ex about what happened. She didn’t want to risk losing custody and so tried to cover up everything. She even remained quiet as her ex began blaming himself for their son catching a cold and need to be in the hospital. Gwen even let him convince her that she should take her business meeting and so she was there to hear Halstead’s pitch. She also spoke in his favor. Gwen did that because she thought she and Goodwin were exchanging favors. She would back Halstead if Goodwin kept the truth about what happened to herself.

But Goodwin doesn’t work like that. Goodwin wanted Gwen to tell her ex the truth herself and if that wasn’t going to happen then she was going to reveal it except Dr. Manning got to it first. Manning told the ex what happened. He freaked and he threatened to cut Gwen out of baby Devon’s life altogether. Gwen had been upset by it that she told Goodwin that Halstead’s dreams was dead in the water. Gwen was lashing out now and everyone was going to be a victim it. Even Halstead who had walked away from his own patient to do some good.

Meanwhile, the doctors treating Baby Mazie also realized that Mazie’s mother wasn’t her biological mother. It turns out the embryo had gotten mixed up with someone else at the fertility clinic. The doctors then reached out to the clinic with the hopes of finding Mazie’s biological parents. They were her best chance at receiving a liver transplant and they could also pose a problem custody-wise. Not that the doctors were thinking of that when they put everything in motion and so later they heard back from the biological parents.

Both families shared the same unique last name. Its why the embryos were mixed up like that and this other couple were pregnant. Therefore, this issue could all be evened out in the end. It was an IVF nightmare and thankfully both families came together to deal with it properly. Halstead hadn’t cared too much about the issue because he was sulking. He found out his plan was rejected and so he was thinking of opening an illegal site to deal with drug addicts. And he wasn’t the only one prepared to take drastic measures.

Dr. Choi had tried to stop Abram’s wife from pulling the plug. Choi thought she was doing for the money and luckily for everyone had been wrong. Abrams was alive and well. He had given someone else his seat and so he wasn’t in the plane crash. Abrams also told Choi how his wife is actually richer than him. So, that at least got Choi to realize how wrong he was. He was a little too quick to judge people and he later apologized to Crockett for doing that with him as well.

And so it’s a good thing that April hadn’t told him what happened between her and Crockett.