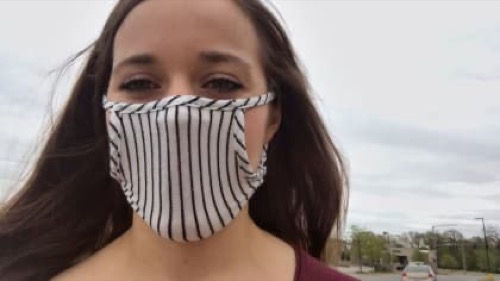 Tonight on TLC their reality show Counting On premieres with an all-new Monday, July 7, 2020, season 11 episode 1 and we have your Counting On recap below.  On tonight’s Counting On season 11 episode 1 “Duggars In Quarantine,” as per the TLC synopsis, “The Duggars show how they’re coping during the Covid-19 pandemic. From social distancing to empty grocery stores, featuring how this big family’s day-to-day lives have changed. Later, everyone comes together for a virtual family fun night.”

So make sure to bookmark this spot and come back between 8 PM – 10 PM ET for our Counting On recap. While you wait for our recap make sure to check out all our Duggar Family news, spoilers, pics, videos & more, right here!

In early 2020, the first cases of a new and highly contagious coronavirus, Covid-19, are reported in the United States.

The family wasn’t sure what to think. Their initial beliefs that this virus was contained and overseas quickly fell apart when the first case was reported in Northern Arkansas. It soon spread from there to other places in the state. It’s now a full-blown pandemic and the family is doing its best to live in this new world. Jessa and Ben live on curbside grocery pickup. They have to get the earliest slots because the slots fill up very fast and they can go days without getting what they need. Sometimes it’s taken them four days just to get eggs. Their fridge is currently bare and they haven’t had meat in a while.

Jessa was later forced to go to the store. Though “force” was a bit of an exaggeration because both Jessa and her husband Ben have argued about who gets to go to the store. They each like the break such a visit gives them. The trip to the store is usually just to get the basic necessities and often it turns into panic buying. Jessa owns up to her panic buying. She said it’s hard to get things and she has to get them when they’re available. Her family needs groceries. They need the diapers for their younger child and diapers are actually one of the fastest-moving items at the store. And besides the shopping, the distancing was getting to everyone.

Jinger was taking it hard. She has a young daughter and its sometimes difficult to deal with a young child who doesn’t understand what’s going on. All they want to do is play. Her daughter wants to play with her and her husband Jeremy. Jeremy couldn’t really do it all the time because he’s attending school. His classes have been moved online. He’s turned a bedroom into his makeshift office and he was doing his best to keep on top of his classes which his daughter didn’t understand. She just knows that her dad’s upstairs. It was up to Jinger to keep her occupied. She sometimes went without a break.

Her mother Michelle was having an easier time of it. Michelle was used to homeschooling her children. She even knew recipes for creating her own disinfectant wipes and, while she hasn’t used them in a while, she was able to go back to them fairly easily. She wiped down all the doors. She cleaned every surface and both she and her husband have had to adjust family night. They had a night in which their children and grandchildren would come over and everyone would have a great time. The couple was forced to cancel their traditional family night because of the pandemic. They were looking into other options. Like an online family night.

They wanted to keep their traditions going. They wanted to bring the family together again and everyone was looking forward to it. One of Jessa’s son had cried when he found out they were going to miss family night. He missed his grandparents and the tears were a culmination of everything that’s been going on. The kids could tell something was off. They didn’t like it and they made their feelings known in their own way. Parents tried to keep their children busy during this time. Jana was helping her parents by doing a few things with her younger sisters. She takes them to do art and it gives her parents a break.

John-David’s wife Abbie was a nurse. She used to work at a retirement home and she knew she could always go back because nurses were essential workers. They were desperately needed during this time. Abbie could go back and, for now, she’s choosing not to. She’s chosen the side of sitting it out. She has a young baby at home. Her baby needs her. Abbie was raising her baby and she didn’t want to bring back the virus to their house. She didn’t want to infect her husband or her child. Abbie made the best decision she could for herself and her family. She, like a lot of other people, have been making sacrifices.

The family had a hard time finding masks. The masks were being sold out online and so they had to make makeshift masks. Jessa made her masks without a sewing kit. She made hers at home and its been working for her so far. Jessa later participated in the first video-chat family fun night. She and her siblings all played trivia with their parents. Jim-Bob was very generous in handing out points. He went on to call them all winners and so the family night was back on. It wasn’t about the game or the points. It was about touching base with each other in spite of everything else and the family was glad to be able to do that.

Jessa and Ben ended up winning the trivia. Their prize was a roll of toilet paper and that’s what counts as a prize nowadays. The family also used the time they had with each other to get any big announcements out of the way. No one was pregnant or courting anyone. The family was otherwise doing okay and the pandemic hasn’t defeated them. It was sad that the pandemic was happening. The family was in a different position eight months ago. Back then, the biggest thing they had been worried about was Jinger and Jeremy moving. Their moving happened not long after grandma had died and so they had to delay their trip so that they could be there for the funeral.

Back then, Ben had a beard. He grew his beard over several months and it got so long that he had to take time every morning to groom it. Ben later decided to cut it down. He cut it down to a mustache. He then pretended to be a Scottish gentleman around his kids and his kids couldn’t recognize him without the full beard on. They had to show the kids footage of Ben cutting off the beard for them to recognize their dad. They then asked him why he cut off his beard. He told them he just felt like it and that mommy had said it was okay. Ben also said that he was thinking of growing the beard back because he had felt weird without it.

Jinger and Jeremy had driven to Los Angeles. She had taken several detours along the way and that included one trip to Roswell, New Mexico. They went to the alien museums. The rest of their family was also asked if they believe in aliens and Ben believes. He says there has to be something out there. Jinger and Jeremy had enjoyed the museums. Their baby had loved the alien mannequins. Little Felicity lit up when she saw them and so she had fun. And speaking of babies, eight months ago, there were several pregnant women in the family. Joe and Kendra were about to have a baby. They struggled with putting together their double-stroller.

Joe and Kendra have an older son who was turning one. He doesn’t really understand he’s going to be an older brother. He just knows he’s getting a new car seat. The little boy was excited about opening up the box and all he wanted to do was play. Kendra wasn’t the only one pregnant. Joy had been pregnant as well with her second child. She was expecting a daughter when a routine doctor’s appointment revealed there wasn’t a heartbeat. She was so far along in her pregnancy that she had to be induced and more or less gave birth to a stillborn child. Joy was still grieving. She buried her daughter and she also planted a tree near the burial as well because the tree had been a gift.

The tree was going symbolize the growing up that her own child had missed out on. Joy and her husband were sad about this loss, but they hadn’t wanted the other pregnant women in the family to feel ashamed or want to hide their own joy in their pregnancies. Joy was frequently speaking with others. She told them she was keeping them in her prayers and she was in theirs. The family was doing its best to support each other. They were going to be low moments as well as high ones. Joy’s loss was a low moment. John David and Abbie’s gender reveal party was a high one. They had found out the sex of their baby and they had wanted to celebrate it in a big way.

The couple had an aviation theme. It was the same theme for their engagement and they had flown away on their wedding day to their honeymoon. Aviation is therefore a big thing for them. They wanted to incorporate that in the gender reveal and so they flew a plane over the house. And the plane would give them a number that was connected to either a boy or a girl. The number for them was connected to a girl. They were having a girl and they were so happy when they found out. It was the year of the girl because the last five or four pregnancies in the family had ended in a girl. And it turns out they were several pregnancies to come.