Dancing With the Stars Spoilers: Jesse Metcalfe Confirms DWTS Stigma, Why He Kept Telling Them No 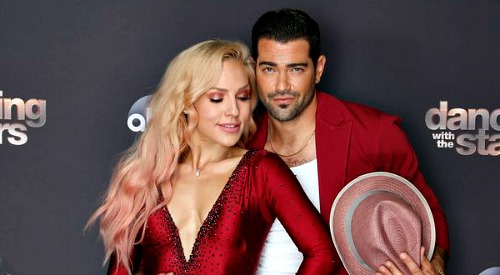 ABC’s Dancing With the Stars spoilers reveal that Jesse Metcalfe was recently eliminated. Since then, he is opening up about his time on the show. He also confirmed that he turned down the gig two times before because of “DWTS stigma.”

The Hallmark fan-favorite and soap alum explained why it’s now acceptable to be on the series, whereas it really wasn’t in the past.

What is ‘DWTS Stigma’?

DWTS spoilers reveal that in the past, actors were discouraged from appearing on the dancing competition series. There was a stigma attached if one decided to accept the offer to be on the popular ABC TV show. Metcalfe told Us Weekly,

“I felt like then there was a major stigma before. Roughly 10 years ago, there were [sic] a lot of people saying what actors should or shouldn’t be doing.”

It is due to that stigma that prompted Metcalfe to turn down the show two times in the past. However, he accepted the third time he was asked. So, why the sudden shift? Is there something specific that made him change his mind?

Dancing With the Stars spoilers reveal that the landscape in the TV and film industry has changed drastically throughout the years. What actors were discouraged from doing before is now more accepted. One of those has to do with actors appearing on the long-running series.

Dancing With the Stars Spoilers: Jesse Metcalfe on Winner’s Choice

So, now that Metcalfe is out of the competition, does he have anyone that he hopes will make it to the end? He certainly does and opened up about his “winner’s choices.” He’s pretty confident that Justina Machado is going to win.

However, he’s also rooting for Johnny Weir. The one person that he thinks never had a chance? Metcalfe pointed the finger at himself and never believed he would win. Even so, he’s grateful for the opportunity and the experience.

What do you think of Jesse Metcalfe turning down DWTS twice before due to the stigma? Let us know what you think and remember to come back to CDL for the hottest Dancing With the Stars spoilers, updates and news.