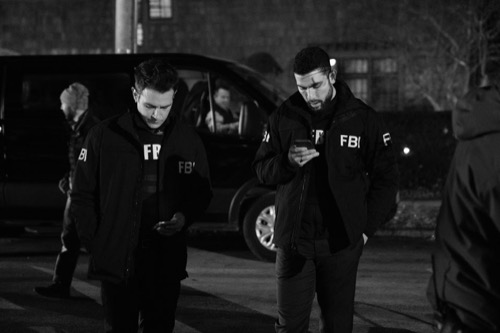 Tonight on CBS FBI airs with an all-new Tuesday, January 21, 2020, season 2 episode 13, “Payback,” and we have your FBI recap below. In tonight’s FBI season 2 episode 13 as per the CBS synopsis, “The son of a well-known retired FBI agent is taken just blocks from their home in what appears to be a revenge kidnapping.

The team must uncover to see if this is tied to the agent’s past or if it’s trouble the son has gotten into on his own. Also, Isobel must make a hard call when information from the past comes to light.”

A bloody path was all Former FBI Special Agent Dan Osborne had found of his son. His teenage son Jake was on his way to school when someone or possibly a group of someones had grabbed him and left behind all his objects. Osborne was a seasoned agent before he retired. He knew he needed to report his son’s abduction right away and that’s exactly what he did. He reported the abduction. He then tried to help as much as humanly possible because he thought his son’s kidnapping had something to do with him and, as luck would have it, he might have been wrong. His son had five thousand dollars hidden in his room.

Jake couldn’t have accumulated that much from his allowance. He has some kind of side-hustle going on and so the FBI questioned Jake’s friends. They first questioned Beth because her fingerprints were found on the cash. She was a close friend of Jake’s and she ended up revealing that she and Jake were selling study drugs to their friends at school. Jake had never told her who his supplier is. He’s never mentioned any problems with their business and so Beth believes her boyfriend might have been the problem.

Beth recently informed her boyfriend of what she was doing with Jake. He didn’t like it and she suspects he could have done something to Jake in retaliation. It also didn’t help that her boyfriend Warren hadn’t shown up at school. The FBI put out a BOLO for him and they later found him. The first thing Warren said when he was picked up was that he wanted a lawyer. Warren had had blood on his shirt and he was burning when he was found. So, it didn’t look good for Warren. The agents questioned him and they threatened to throw him in jail for three straight days if he didn’t talk.

Warren was so scared that he told them everything. He even got rid of the lawyer as he explained how he picked up Jake and beat him up to prove a point. Its how he got the blood all over his shirt. Warren also threw Jake out of his car once he was finished hurting him and there was security footage backing this up. Jake was alive when he was thrown from the car. He was bleeding and in pain and then security footage picked up a good Samaritan that helped back up on his feet. And then both seemingly disappeared.

This “good Samaritan” wasn’t good enough to take Jake to the hospital. He just grabbed Jake and disappeared with him. This was frightening because that meant the Samaritan could have been a predator who saw a chance his chance and took it. The agents couldn’t get an ID on the guy and so Kristen decided to try her luck. She checked security footage of Jake’s neighborhood and she found the good Samaritan had been following Jake the whole time. She even identified the guy. The kidnapper’s name is Sean Ellis.

Ellis just came out of prison after serving five years for drug possession. It had been Dan that arrested him and so this whole thing was about revenge. Ellis followed Jake because he wanted to use Jake against his father. The fact the boy practically landed in his lap had merely facilitated Ellis’s plan. He got his hands on Jake and when Jake’s parents later went home – they found a burner phone on their porch. Dan had shielded his wife from what it said and he alone read the text message. It had made him so angry that he grabbed his gun and left.

Dan had figured out who had kidnapped his son from that text message. He then went about pursuing the man. He found Ellis’s best friend and he texted Ellis’s friend’s cell phone. Dan had lured Ellis into a trap. He then waited and eventually attacked Ellis when he saw him. He tried to beat the information out of Ellis and Ellis wouldn’t tell him a thing. The FBI soon found Dan with Ellis and both men were injured. They were both shot and Ellis’s condition was actually a lot worse than Dan’s.

Both men were rushed to the hospital. But Maggie tried getting answers out of Ellis and all she got was that Jake was alive and “brick”. Maggie has no idea what the last one means. She and her fellow agents were still trying to put everything together. They got that Ellis had kidnapped Jake and so what they didn’t understand was why? Ellis should have been starting over after five years. There was no reason to go after Dan or his family and so the agents spoke to Ellis’s girlfriend Gina. It was Gina that revealed that Ellis was in trouble,.

Ellis was moving money and drugs for a gang. He had owed them a lot of money because he lost it when he was arrested and so Ellis kidnapped Dan’s kid to get the money back. It seems Dan had stolen a million dollars from Ellis when Ellis was arrested. Ellis then thought Dan still had that money and that’s why he took Jake, but there was nothing proving Dan took that money and Dan was very careful about hiding anything that might incriminate him. Dan had erased the text message on the burner phone and he had spent hours with Ellis before either of them was found.

The agents couldn’t even ask Dan about the money because Dan was in surgery. He was in surgery while the agents were putting the pieces together and had found Brick. Brick was the street name of someone from the gang. And he owned several foreclosed properties.

The FBI found Jake hidden at one of those homes and they arrested everyone involved.

Afterward, though, Special Agent in Charge Isobel Castille confronted Dan about what he did and he confessed to her that he took that money.

So, she had him arrested.