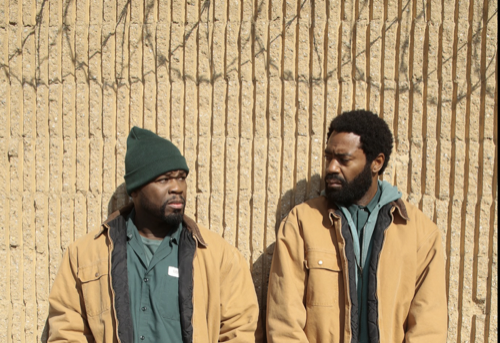 Tonight on ABC their new legal drama For Life inspired by the life of Isaac Wright Jr. airs with an all-new Tuesday, April 14, 2020, episode and we have your All Life recap below.  On tonight’s All Life season 1 episode 9 “Buried,” as per the ABC synopsis, “Aaron pushes to represent longtime inmate Easley Barton, hoping that winning this 23-year-old case against Maskins will strengthen his own.

Captain Foster continues his drug-smuggling racket as Safiya closes in. Marie struggles with her breakup with Darius as she continues to help Aaron in his case.”

Darius left Marie. He was tired of coming in second to Aaron. He still loved Marie and he loved her daughter. He just didn’t want to be second anymore. He’s already given up years of his life to a woman who didn’t love him as much as he loves her and so he left. He left Marie. Marie had to explain what happened to Jasmine. Jasmine initially thought she was too blame. She thought her pregnancy might have been too much for Darius and so her mother assured her that wasn’t the case. Marie knew the real reason he left. She didn’t want to tell her daughter everything. She just told her she wasn’t at fault.

Marie didn’t go running to Aaron. She kept trying to reach Darius to see if they could talk and all the while Aaron wasn’t brought into this once. He was left completely in the dark. Aaron was working on his new case. He was representing Easley Barton. Baton was found guilty of murdering a man he worked for and the man’s family. The ADA had made a case against him because of a fight and duct tape. The tape was supposedly taken from Barton’s car because he was a handyman. His partner was also accused of committing the crime with him. His partner/friend Carlos was found guilty as well and there was more evidence against Carlos than there was against Barton.

Barton’s crime was the tape and the fight. The neighbors had overheard fighting him with Mr. Kelly right before the man was murdered and that was enough to tie Barton to murder. It also didn’t help that he tried to deny the fight took place. He kept lying by saying there wasn’t a fight and so he didn’t admit it until he met with Aaron that there was a fight. There was a fight about money. It wasn’t anything big and yet it was enough to take Barton. The case against Barton was so flimsy that the detective that worked the case had second doubts. He wrote to several people in Albany hoping to get Barton a new trial.

He, unfortunately, he died a while back. Except for his letter to Henry Roswell had been all he needed. Roswell reads the letter and he recognizes its ties to Maskins. Maskins was the ADA on the case. He rushed to judgment and so both Roswell and Aaron were going to point that out in court. They were hoping to cause enough doubt on Maskins’s character that it would help Aaron’s own case. Aaron took cases at the prison to not only help others. He did it to help himself as well and this case was no different. He stirred up doubt and it got back to Maskins. Maskins was asked if he could make a mistake by his superiors.

He was grilled for answers. He didn’t know the detective had second doubts or that the man was writing to people in Albany and so he was worried. He thought this latest case might hurt him. He talked about it with friends and loved ones. They told him not to worry. They said people were using the past to get at him because they couldn’t find any other dirt and so Maskins was told to ignore the noise. He didn’t know how loud the noise was getting. Aaron and Baskins found a similar case. They believed whoever robbed and killed the Kellys might have targeted another family and that they left a survivor.

Anna Fernandez was attacked. The woman was so scared still that she moved around a lot and she often changed her name. Anna never stopped living in fear. What happened to her and her family had occurred in the middle of Barton’s trial. The similarities with Barton’s case were so similar that detectives should have put them together and they did not because they knew that would put an end to the charges against Barton and his friend Carlos. Barton’s new lawyers managed to track down Anna. They found her and they convinced her to testify. She was going to tell the judge how similar her case is with the Kellys.

There was just one problem for all of this. It was from Anna. Anna was still so traumatized that Aaron and Roswell weren’t sure if they could convince her to testify and so they left the choice up to Barton. Barton said Anna wasn’t going to heal until she got through it. They put her on the stand and they got her to talk. She told them about the night a couple of men broke into her home. They tied her and her husband up. They pulled out a knife that looked very much like the one that once belonged to Carlos. These people went on to kill Anna’s husband and so she has never forgotten the day or has been able to move on since then.

Her testimony was compelling. It pushed the judge into ordering a DNA test on the duct tape found on the Kellys and it frightened the current Attorney General Burke so much that he decided to vacate several prisoners’ sentences including Barton’s. Barton was now a free man. He gets to walk away and that’s thanks to Aaron and Roswell. Burke will probably also take credit, but he knew the truth. It turns out he knew all along that Barton was innocent and he buried the evidence because he didn’t want to release Barton and Carlos. Carlos is dead. Barton spent over twenty years in prison and Maskins is just finding out now that evidence had been kept from him.

Maskins didn’t know how to react.

In the meantime, the CO Foster put in his papers. He didn’t want to deal with Dawkins and so he was walking away in spite of the pay cut to his pension and there was nothing the Warden could do about it. She couldn’t prove that Foster was dirty or that he was bringing in drugs. She couldn’t prove anything and so Foster got to call the shots on how this all ends.