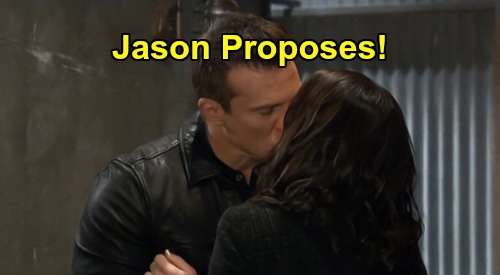 General Hospital (GH) spoilers tease that Cyrus Renault (Jeff Kober) will get what he’s got coming eventually. Cyrus has deadly exit written all over him. There’s no way GH can let this guy live – nor do they have any reason to.

Cyrus seems to be one of those villains who shows up, serves his purpose and ultimately leaves for good. Kober is great at playing a bad guy, but Cyrus just doesn’t feel like a long-term character.

It’s tough to imagine General Hospital writers keeping Cyrus alive to bring him back for return stints. That’d mean just doing this same story again, so there’d be no point.

Besides, nobody targets Sonny Corinthos’ (Maurice Benard) loved ones and lives to tell about it! Since Cyrus is unlikely to place nice, a deadly fate is necessary. Of course, that doesn’t mean Sonny or Jason Morgan (Steve Burton) will be the ones to take Cyrus out. GH could pick a more surprising Port Charles resident to do the honors.

Nikolas Cassadine (Marcus Coloma) would be a solid option since he needs to score some points with Sonny. Nik seemed far too rattled by Cyrus’ release, so there may be a connection he’d rather keep buried – a connection that could lead to Nik shooting Cyrus at some point!

Then again, maybe someone truly shocking like Laura Collins (Genie Francis) could fire the bullet. People can do crazy things when they’re pushed too far and their family members are at risk.

Regardless, Cyrus seems poised to die. That’ll certainly be helpful to Jason and Sam McCall (Kelly Monaco), who have really been struggling to keep their romance alive.

Cyrus’ threat has forced Jason to keep his distance – although he was already having to do that somewhat due to Sam’s parole requirements. Jason can’t even be around the kids now, so this just isn’t a good situation at all. Once Cyrus is out of the picture, that’ll eliminate one “JaSam” hurdle. From there, hopefully Jason and Sam can wiggle out of these strict parole rules, too.

Sam and Jason will surely find some bliss sooner or later! No soap couple stays happy forever, but Sam and Jason have barely been happy at all since he came back. There’s definitely love between them, but they deserve the opportunity to ditch the madness for a while.

Once Cyrus is dead and this parole drama’s worked out, Jason can propose and kick off some “JaSam” wedding plans. Wouldn’t that be nice to see after such a hard-fought battle to be together? Let’s hope Sam and Jason’s engagement is coming down the road!

As other GH news emerges, we’ll offer more updates. General Hospital spoilers say Jason and Sam have more struggles ahead, but maybe they can overcome them and get that “JaSam” engagement that fans want. It’d be the perfect way to celebrate putting all these terrible hurdles behind them.

CDL’s the place to be for scorching General Hospital spoilers, updates and news.