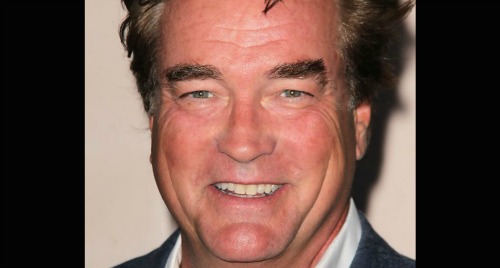 General Hospital (GH) spoilers has some sad news to pass on about the death of a prominent soap star. John Callahan, who is best known for his role as Edmund Grey on GH’s sister soap, All My Children, has passed away at age 66.

John died on Saturday, March 28th as the result of a stroke that he suffered at his home in Palm Desert, California. According to Soap Opera Network, John suffered the stoke on Friday, March 27th, and was taken to Eisenhower Medical Center in Rancho Mirage, California where he was put on life support.

His ex-wife, Eva LaRue (Maria Santos, AMC; Celeste Rosales, Y&R) and his daughter Kaya Callahan were able to spend some moments by his side, although this was apparently limited due to current safety regulations as a result of the current COVID-19 precautions. A representative for the family said that John’s death was unrelated to COVID-19.

Eva made a statement, saying: “We are extremely saddened and distraught over the loss of John. He was my great friend, co-parent, and an amazing father to Kaya. The absence of his bigger-than-life, gregarious personality will leave a hole in our hearts forever. Words cannot express the shock and devastation we are feeling at this time. The Yankees just lost one of their greatest fans.”

Since the news broke, many fans have expressed their heartbreak and shock over John’s passing. On Twitter, one fan said: “So very sad. I loved Edmund and Maria on AMC. I met John as well as Eva LaRue many times when they filmed in NYC and they were just the nicest actors and always so gracious to their fans. Terrible loss. Prayers and love to his family.”

And another fan said: “My mom met him, and she said he was just as charming in person as he was on #AMC back in the day.” Still another fan wrote: “Oh no. Not Edmund…RIP John. You’ll be missed. My prayers and condolences to his family and friends.”

It’s a terrible loss, and we send our deepest condolences to John’s family at this time. Stay tuned to the ABC soap and don’t forget to check CDL often for the latest General Hospital spoilers, recaps, and news.

Damn. Great dude. Always so nice. Too soon… prayers and thoughts with his family. 🙏🏻❤️ https://t.co/sw4CoaUbCD