General Hospital Spoilers: Will Cesar Faison Return for Peter’s Takedown – Killed Wrong Son Nathan, Back to Kill the Right One? 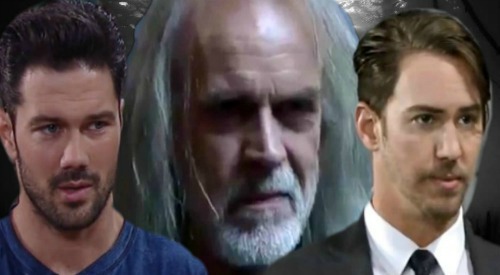 General Hospital (GH) spoilers tease that there’s one villain who needs to make a comeback – and his return would be timely under the circumstances. Peter August (Wes Ramsey) is inching closer and closer to his inevitable downfall, but it all started with his attempt to rise above. GH fans know Peter has tried to ditch his dark roots as Heinrik Faison, Cesar Faison’s (Anders Hove) son.

However, Peter clearly hasn’t done a very good job of that. He seems to think he’s a better man than his father, but is he really? Peter’s the reason Drew Cain (Billy Miller) and Holly Sutton (Emma Samms) are dead – at least as it stands right now.

There may be more to the story when it comes to those deaths, but Peter is still a ruthless man. 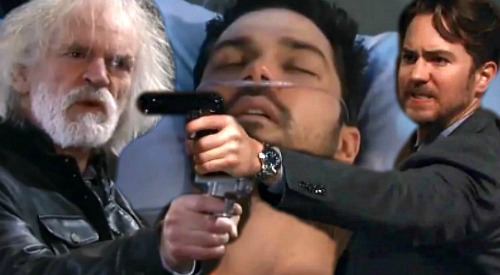 It’s true that Peter doesn’t seem quite as cruel as Faison was, but he’s not a hero either. This isn’t someone who’s grown and changed. Peter has a lot of his father in him whether he wants to admit it or not. Perhaps Faison would be the perfect person to take Peter down in the end!

Faison is dead at the moment, but any character can be brought back to life. That’s especially true for villains! It always makes sense for devious characters to exit through elaborate faked death plots.

That throws the authorities off the trail and allows an easy getaway. Faison was a brilliant villain who could’ve easily pulled off that kind of plan.

If so, maybe Faison could return for Peter’s ruin. If General Hospital decides to write Peter out, it’d be fitting for Faison to come back for the kill! Anna Devane (Finola Hughes) could be there to witness the horror of it all.

After Faison shot Nathan West (Ryan Paevey), Peter taunted his father about killing the wrong son. Will Faison return to kill the right one? That might be the best possible ending to Peter’s storyline. We’ll see how it all plays out, but you can always check back here at CDL for more news and updates.

“It’s your choice… your money or your son.” #GH pic.twitter.com/hs9aFJWju6