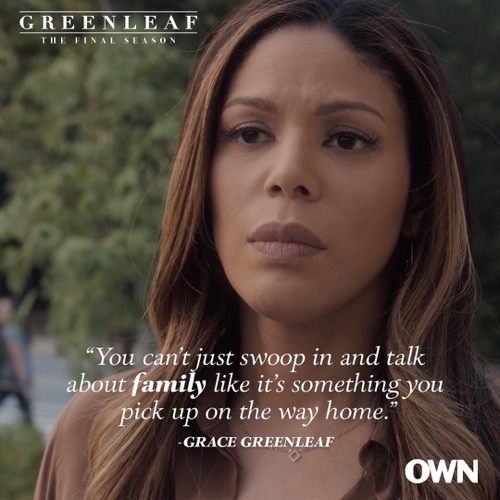 Mae has tears streaming down her face as she places James’ ring on his finger. He has passed away in their bed. Downstairs, Grace gets a call about a job. She is interested. Mae comes in, looking beside herself. Grace knows something is wrong.

Minutes later, the whole family gets into bed next to James and sit together, saying goodbye. Later, they all attend his funeral while Charity sings. He is buried on the grounds of the family home. The family walks back in silence after.

The family sits for a meal and reminisce about James. AJ swears he will build the car. Mae leaves to take a call. They all toast to his empty chair. Mae speaks with a member of the board at church. They want her to come and speak. They are cutting ties with H & H.

Grace goes to see Noah’s new home. AJ plans to live with him. Noah tells her she can move in too since Mae plans to give the house to Tara. AJ shares that his health is improving. Grace hugs him. On their way out of the house, Darius calls. AJ wants to meet him, he tells Grace.

Kerissa asks Jacob to take Winkie for a few days. She needs to find a place. He offers to have her stay but she says no thank you, she doesn’t want to confuse any of them.

Zora, Sophia, and AJ talk about death. Darius tries to encourage Grace to look into her job offer. He offers to accompany her there. She starts to cry.

In the morning at breakfast, Mae tells them she plans to speak at the church. They all talk about how things will be different. Grace gets a call from New York but doesn’t answer. She doesn’t tell the others.

At church, Mae visits James’ old office. It brings back so many memories for her. Meanwhile, Jacob meets with Tara who shares her sympathies. Jacob asks for more time to stay in the house. Tara has changed her mind. Since he has been so upfront, she wants them to stay in the house.

Grace signs off on paperwork with Aaron. She has put all of her money into a trust for Sophia and AJ. The phone rings again. She tells him about New York. He offers her advice.

Jacob shares the news with Mae about the house. She is speechless. Later, Jacob arrives at Calvary. He is surprised to see Tara. He thanks her.

During the service, Mae sits with the rest of the community and watches Charity sing. When Mae stands to speak she is given a warm welcome back. Her sermon about James, forgiveness, and redemption moves everyone. She talks about being new, prompting AJ to kneel down before Jesus. Grace and the rest of the family gather around him.

After the service, Grace visits Mae in James’ office. She tells her she has the church back. They want her back. They talk about AJ being saved before Grace shares that it is time for her to go. Mae doesn’t want her to but accepts her decision.

The whole family says goodbye to Grace on the front steps as she heads to her job interview. Mae thanks her for all the chaos, she needed it. She blows them all a kiss as she leaves in the car to the airport. She watches as the gates close to home.