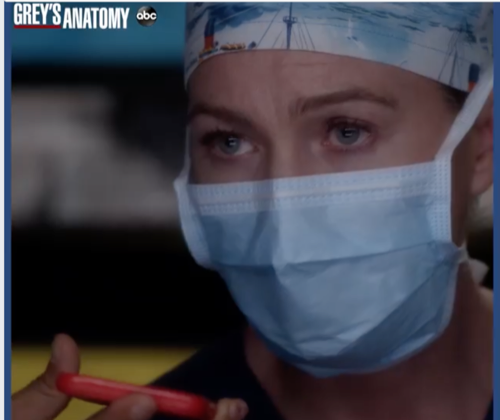 Alex Karev sent out letters. He wrote a letter to his wife and his friends. He told them in the letter what he was too afraid to tell them in person. Alex told them he was leaving. He told them how he already left and that he was gone. He said that he couldn’t tell them in person because they would have said something to convince him to stay. Only he didn’t want to stay. Alex told Meredith that he had to go. He left because he rejoined Izzie and he was finally happy. Alex had left his wife for someone else. He technically left for his first wife and so it was a bit complicated, but Alex’s great love was never Jo.

Alex admitted as much in his letters. His great love is Izzie and it always has been. The two reconnected during Meredith’s trial. Alex had reached out to her to see if she could come and speak in Meredith’s defense. She wasn’t able to come, but the two still got to talking. They talked about everything that happened in the past and they talked about the embryos. The same embryos Alex had given her because Izzie had had cancer. Alex hadn’t thought about those embryos in years and it turns out Izzie used them. She used them to have twins. She was a mother now and it turns out Alex was a father.

Their children were named Eli and Alexis. They were a part of Alex and that’s what pushed him to leave. He wouldn’t have left Jo if it hadn’t been for the kids. The kids had changed everything and so Alex chose them. He was living on a farm now with his kids and Izzie. They were one big family. Alex was also applying to jobs at the nearby hospital and so he wasn’t coming back. He asked Meredith not to convince him to come back. She was the only one that could and Alex didn’t want that. He wanted his family. Alex told Meredith all about them and he wishes his kids could meet her one day because she’ll be their Auntie Meredith.

Alex said one thing that was very important. He told Meredith she didn’t need a person because she always been a person all by herself. He called her a force nature and he assured her that she could handle anything that came her way. Meredith is strong. She’s always been strong and Alex was sorry about hurting her. Alex was sorry about a lot of things. He told Jo that he loved her and that he was leaving her for Izzie. He apologized for it. He told her how it all happened with Izzie and that he never meant to hurt Jo. Jo of all people knows how much those kids mean to Alex. He needed to try and make his family work.

A family was what Alex always wanted. He thought he would have it one day with Jo and the fact it didn’t work out didn’t mean their relationship never mattered. It did. Alex kept apologizing over and over again because he truly never wanted to hurt her. She was one of the loves of his life. He’ll remember her fondly and he wishes nothing but the best for her. Alex’s letter to Bailey went a little differently. He admitted that there was mutual dislike in the beginning. They both didn’t think much of the other and then slowly she built him up to be a great surgeon. They later became friends as well and so there was love there.

Alex loved Bailey. She was a part of his family and that was never going to change. Richard received a letter too. He received one and he talked about it in his share at his AA meeting. Richard talked about how he wanted to yell at Alex. He didn’t want Alex to give up everything he worked for and not because he was in love with two women. Richard has been in that position. He initially thought Alex was making a mistake and it wasn’t later that he realized he missed out on raising his own child. Richard never got to see Maggie grow up. He couldn’t deny Alex that when he knows how he feels not to have it and so Richard let go.

Richard came to understand why Alex made his decision. He even came to respect it and so everyone got their goodbyes. They all said goodbye to Alex Karev in their own way. They remembered Alex from his intern days and they remember how he was with Izzie. He and Izzie were meant to be. They’ve been through so much and now they were parents. They were finally getting their happily ever after and it made everyone he left behind to think about their own situation. Bailey spoke to her husband Ben about the decision she had made for them both. She invited a homeless teenager to live with them and Ben had been hesitant.

He wasn’t sure if he wanted to take on a teenager. Then he and Bailey talked about it and they realized they could do this as long as they were in it together.

Jo threw herself into her work.

Meredith meanwhile explained to her kids that Uncle Alex wasn’t going to be around anymore.