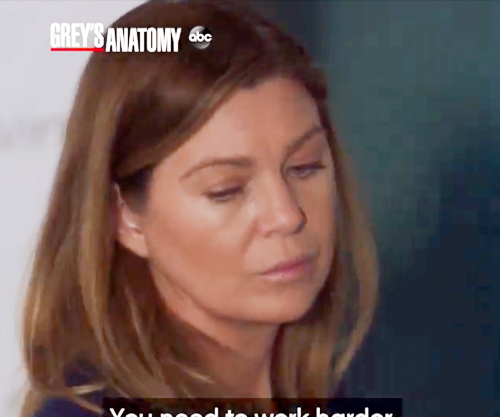 Richard was flown back to Seattle. His friends and family were all worried about him as he lost sense of where he was and what he was doing. Richard just wasn’t the same man anymore. He needed help and his loved ones wanted to be there to provide it. Bailey brought all the doctors together. She told them about Richard’s symptoms and they all tried to find out what causes these symptoms. The one thing no one wanted it to be was dementia. They knew they would lose Richard if that’s the case and so everyone was hoping it was something else. They literally pondered every other disease to see if it was that.

Richard had hated being tested. He didn’t want to be a patient. He especially didn’t want the video of him freaking to be all over the internet and yet there wasn’t anything he could to change that. He just had to accept that’s his life now. Richard was being tested by the best doctors. Dr. Koracick was one of the doctors on his case and he did his best to be professional. He was the first to check for dementia. He was doing his job when Teddy tried to talk to him. Teddy and Koracick slept together. They shouldn’t have done it because she’s with someone else now and so Teddy tried to clear things up.

Teddy tried to tell Koracick how confused she was with her feelings. She was telling him this as he ran into his ex-wife and her new son. His ex-wife Dana went on to have another child after they lost their son and this new son looks very much like their dead one, David. David was perhaps the great love of Koracick’s life. He still misses his son and so to see another child that looks so much like him had scared him. Koracick didn’t want to be taken off of his case. He wanted to help Guthrie. He also couldn’t do it alone and so Teddy was there to support him. She helped him deal with the ghost of his on.

Teddy never once made it about her. It was all about Koracick and so it’s a good thing Owen wasn’t there to see. Owen was off performing surgery with Link. Link had turned to him for advice on the baby and Owen helped him calm his fears. So, Owen was busy. Teddy was free to do whatever she wanted and she made sure to get some additional backup for Koracick. She roped in Amelia. Amelia took time from Richard’s case to help Koracick because she was told about the little boy’s connection to David and she knew both David and Dana. She wasn’t going to let Dana lose another ten-year-old boy.

Dana was very shaken herself. She demanded Koracick to perform the surgery because she knew he was the best and so she didn’t want Amelia. She wanted Koracick. Only Koracick couldn’t do it. He couldn’t perform on a child that looked so much like his own and so he told Dana he was busy. He treated a patient who went into surgery for her foot and woke up singing. Koracick was checking to see if she had a stroke when Teddy found him and they talked about Guthrie. Guthrie tapped into some of Koracick’s worst fears. He said it was like having a do-over with his son and realizing that he could finally save him if he operated himself.

Koracick was tempted to do the surgery. What stopped him was how unhealthy it was. He saw it for him after the first initial rush and he knew if he failed to save Guthrie that it would be like losing David again. He couldn’t put himself in that position. He couldn’t fall apart again and so Teddy was a listening ear. While Amelia did the surgery. Amelia left Richard’s case in Jackson, Bailey, Maggie, and Meredith’s hands. The doctors went over and tested Richard for everything. They tried to find what’s wrong and they were stumped. They had needed someone like Dr. Riley there except she was out of town and so she sent a bunch of questions to DeLuca.

DeLuca stopped by the hospital. He handed over the questions to Bailey and the doctors ran through them. It still didn’t get them any further into figuring out what’s wrong with Richard. They also couldn’t scrub his meltdown from off the internet. Catherine had tried everything and it was impossible to take down the video much else the memes it inspired. Richard was a laughing stock. Everyone was judging him on this one mistake and it wasn’t fair. Richard was a good doctor. He had come up with something brilliant and he was simply going through a phase. Something that could probably be fixed.

The doctors were still investigating when Amelia went into labor. She went into labor in the middle of Guthrie’s surgery and so she had to page Koracick. He needed to take over. He had no other choice with Amelia in labor and so he did his job. Koracick stepped in. He was removing the tumor when Guthrie began to crash and he froze. Koracick froze. He wasn’t paying attention or doing anything and so Teddy talked him through the surgery. She told him to focus on her voice. She helped keep him calm enough to perform surgery and he got Guthrie back. He even removed the tumors.

Koracick did an amazing job. He saved Guthrie’s life, Amelia turned out to be in false labor, and the rest of the attendees went looking for Richard. Richard went wandering from his bed. Meredith later found him with a scalpel in his hand and he thought he was performing surgery, but it was really on himself. He got caught up in another hallucination and he almost hurt himself. It was Meredith that stopped him. Meredith got him back to his room and they were going to be keeping a closer eye on him.

Jo and Schmitt meanwhile were enjoying being roommates.

& Teddy convinced Owen that they could elope.