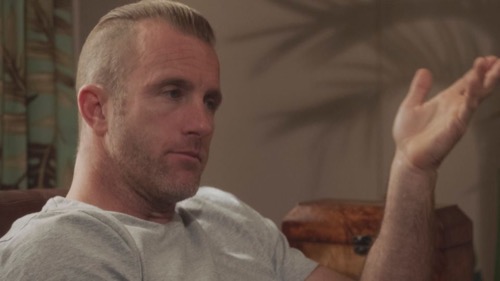 Tonight on CBS Hawaii Five-0 air with an all-new Friday, January 10, 2019, episode and we have your Hawaii Five-0 recap below.  On tonight’s Hawaii Five-0 season 10 episode 12 called, “loa’a pono ka ‘iole i ka punana. (the rat was caught right in the nest.)” as per the CBS synopsis, “Grover and Five-0 investigate a murder at a private golf course involving a man who was frozen to death in the locker room’s cryo-chamber. Also, McGarrett tags along with Danny when he tracks down the father of a boy who has been bullying Charlie.”

Lou was enjoying a bit of golf at the club when work intervened. He was called away golf by the club’s head of security and it turns out the head honcho needed a cop. There was an unfortunate incident with a member. Chuck Tsao was found dead in a cryo-chamber and the club was hoping to keep the incident quiet, but Lou informed that it wasn’t an accident. He said based on the indentions outside of the door and the fact the victim’s hands were marked was evidence of this being a homicide. Meaning Lou had to report the body.

Lou notified HPD. He didn’t, however, call in his team because he wanted to handle this case delicately and so he left Tani at the office stewing. She didn’t even have Junior there with her. He had gotten called away for an undetermined amount of time. He did tell her that he wanted to pick up from where they left things when he came back and so there was hope for their relationship. Even if it left Tani alone for a while. She also didn’t have McGarrett or Danny because they were dealing with a Danny problem.

Danny’s son Charlie was being bullied at school. Its been going on for a while and the little boy has never told a soul until now. A teacher had spotted the bullying taking place this time. They intervened and that’s when Charlie revealed how bad it’s been. It started out as name-calling. It then progressed into this boy Blake stealing from Charlie and Charlie even tried to cover it up. He would tell his parents he lost something rather than reveal the truth. And so this incident teacher came at the right time because this situation would have gotten out of hand eventually.

The school has a tough bullying policy. They believed the best cure is a conversation and that’s why they asked Danny to come to the school. He came with McGarrett because his ex-wife was out town and he wanted to support, but he never thought his son was being bullied. He also was fully prepared to speak with Blake’s parents and so it annoyed him how neither of them showed up. Mr. and Mrs. Tatum said they were busy. They disregard of the situation and how neither seemed to be interested in dealing with their son had sent Danny over the edge.

Danny later tracked down Mr. Tatum. He pulled the man from his car and together they had a conversation about Blake’s actions. So, Danny was off being an irate parent with McGarrett as his backup as Tani was at the office running a background file for Lou. Lou wanted to know everything about Tsao. He learned that everything seemed normal with the victim and so that didn’t make much sense with what else he learned. Lou found out at the club that Tsao was a horrible gambler. He would lose fifty thousand dollars a day.

He also wasn’t moving money from his normal accounts. Tsao had a secret account somewhere and Lou thinks it might have played into why he was killed. Lou went looking for that money. He found some of it hidden in a box that was supposed to hold scotch. Tsao had hidden thousands in that box. The victim seems to have been moving money from his work accounts. He owned cash businesses and the places were perfect for money laundering. Which was what Tsao needed because he was laundering the money for a counterfeiting ring.

The sequence number on the bills kept repeating. That alone proved most of the bills were fakes and so it must have helped that Tsao was skimming money off the top. He was stealing from the counterfeiters because of his gambling problem. He didn’t think anyone would notice if fifty thousand went missing while he was cleaning millions and so Lou suspected his gambling problem might have gotten out of hand. Tsao could have started stealing more than he could replace. He would have upset some very money if he did that because the ink from the funny money was connected to a counterfeit ring in North Korea.

The money was also shipped out of several Chinese ports. Lou and Zev, the head of security, had linked those shipments to Michael Mayfield who does business out China and who else was a regular golfing partner of Tsao’s. They became partners around the same time that Tsao’s businesses were suddenly flushed with cash. Lou had everything he needed to make an arrest and so he and Zev tried to get their guy brought to them, but at the last minute he chose to run, so they had to pursue him and it ruined their cover.

The club had wanted the investigation to happen under the radar, but the car chase with a golf cart sort of ruined that and so Lou’s first day at the club was more work than leisure. He did get to enjoy himself afterward. He finally got in some tee-time. He also turned down a full-time membership because he found out the club was taking big money spenders and leaving guys like himself off the list. So Lou realized he didn’t need all of that. He was fine where he was and he was glad the case was over. Tani felt the same because she went over to McGarrett’s just to get in some human interaction and she met Blake and his father.

Blake’s parents were going through a nasty divorce. They thought they were keeping it from him and he was instead lashing out because he knew exactly what was happening. Blake and Charlie were put in the same room and they got to talking. They dealt with their issues and were now great friends. Their fathers were friends now as well. Danny knew what it was like to go through a divorce and he was there to offer up some advice.

And so everyone was dealing with their issues, but surprisingly Adam was making things worse. He went all the way to Tokyo to get some help against Kenji and how Kenji has taken over Masuda’s empire and instead he was told he had to do something first before he would get that help. He was told he had to go back to Five-0 and that he had to spy on them for the Tokyo Syndicate.