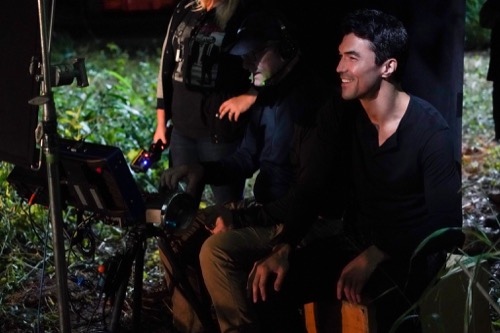 Tonight on CBS Hawaii Five-0 air with an all-new Friday, February 7, 2019, episode and we have your Hawaii Five-0 recap below.  On tonight’s Hawaii Five-0 season 10 episode 15 called, “He waha kou o ka he‘e (Yours is the mouth of an octopus),” as per the CBS synopsis, “When Grover’s niece, Siobhan (Nia Holloway), goes missing from the police academy and it’s discovered her boyfriend is an undercover member of the Yakuza, Adam may be her only hope of rescue.”

Danny still wasn’t himself. He was in a car accident in which his passenger had died and so Danny was still blaming himself for what happened. He knows realistically that there was nothing he could have done to save Joanna’s life, but he still feels guilty and so he wasn’t back to his old snarky self just yet. He was going need time to heal. Danny thought he could lean on his friends during this time and unfortunately, he couldn’t quite trust Adam again. Adam surprised everyone when he suddenly quit. He was back now and oddly things weren’t the same as before.

The team suspected Adam was up to something. They didn’t know that he was hiding bodies or that he was working for the Tokyo Syndicate. Adam was doing favors for them like hiding bodies. He was even working with a recruit at HPD and that’s a problem because this recruit was dating Siobhan. Siobhan was Lou’s niece. She wanted to follow him into law enforcement and she was the star student at the police academy. Siobhan was going to go far in her career. She impressed Tani who took over a class and Tani had asked about the boyfriend.

Tani saw how close Siobhan was with Recruit Endo Tanaka. She lends an ear as Siobhan talked about him and Siobhan mentioned her concerns. She said that she felt like he was seeing someone else because he always seemed busy as well as secretive about where he goes. Siobhan also mentioned that he had two cell phones. She didn’t want to jump to conclusions or think he was in something dirty. Only she couldn’t help feeling like he was holding something back from her. Siobhan later went to his place to confront him and she found him with some drug dealer.

Siobhan was also seen. She tried ran away in time and she didn’t make it. Her boyfriend had captured her. He then took her prisoner and so she was taken to a hidden location. Endo must have thought he could hide her, but she was loved. Her uncle went looking for her when she didn’t come home. He tried her cell phone and it went straight to voicemail. He knows her phone has been switched. What he couldn’t figure out was why. Lou went to the team and he told them his concerns.

Tani then asked if Siobhan could be with her boyfriend. This was the first time Lou had heard of a boyfriend and so he demanded information. He found out the guy’s name. He also went digging for his address and he later learned that Siobhan’s last pinged at Endo’s place. The team now had a suspect. They went looking for Endo after that and Adam was doing his best to cover himself. He called Kenji. He told Kenji that Endo was in danger. He also said that if Siobhan dies then their agreement was off and so he left Kenji fleeing.

Endo was Kenji’s godson. He had placed him as a sleeper at the academy and Endo almost ruined everything. Kenji got in touch with him. He told Endo to do what he normally does and so Endo was picked up on his way to the academy. Endo later claimed he broke up with Siobhan and that she was distraught when he left his house. He was denying all knowledge of whatever may have happened next. Endo didn’t know Five-0. He didn’t know that they would tear the island apart looking for Siobhan.

They found Siobhan’s car by the bridge. It has been abandoned with the keys still inside and that along with what Endo said about Siobhan being distraught – well, that made it appear that she killed herself. Endo was probably hoping to sell that story and he couldn’t. The team knew better. They knew Siobhan would never kill herself over one breakup. They also knew about his second cell phone and so they went looking for it. They later found it hidden in his car. And the phone led them back to the yakuza.

Lou was going to question Endo again however Endo was no longer in their custody. Someone had moved him. Someone like Adam. Adam couldn’t afford to have Endo spill his secrets. He also couldn’t let him kill Siobhan and so Adam called Kenji. He told Kenji that he wants to exchange Siobhan for Endo. Adam also added that he would kill Endo if anything ever happened to Siobhan. He let Kenji know he was serious and so Kenji agreed to the exchange. Adam then looped the team in.

Adam told them about the exchange. He said he was the only one that could deal with the yakuza or else they were going to kill Siobhan and so Adam gave Lou directions to where he could pick up his niece. Lou went there. Lou was reunited with her there and yet the team still has questions.

And while Danny was now willing to trust Adam, McGarrett was still on the fence.