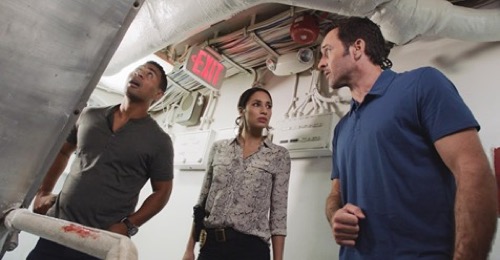 Tonight on CBS Hawaii Five-0 air with an all-new Friday, February 28, 2019, episode and we have your Hawaii Five-0 recap below.  On tonight’s Hawaii Five-0 season 10 episode 18 called, “Lost In The Sea Sprays,” as per the CBS synopsis, “Five-0 investigates a murder on a cargo ship where pirates impersonated the Coast Guard to board the boat.

Adam finally gets the evidence he needs to take down the Island’sYakuza operation once and for all. Also, Quinn helps Noelani when she suspects that her uncle didn’t die of natural causes.”

Several men were sent to kill Adam. It had to be Kenji. Kenji must have gotten suspicious of Adam because he sent men to kill him and Adam got lucky. He was able to take them all down. Adam was now safe. The evidence was also safe and so Adam wanted to use it before Kenji could flee. Adam and Five-0 made a move on the Yakuza. They killed and captured everyone with Adam taking Kenji down himself. Adam had never betrayed Five-0. He had been working against the Yakuza from day one and he doesn’t care what Kenji may say. He told the other man when he arrested him that he was willing to take his chances.

Only Adam has left fielding questions from McGarrett. McGarrett was angry he had been cut out and he made Adam brief the Organized Crime Division at HPD. He wasn’t mad enough to take Adam’s badge, but there was going to some bad blood between them for a while. McGarrett was with Adam when he got the call. He was called about a shipping freighter that was targeted by pirates and the pirates made off the contents of the safe. The pirates didn’t even check any of the shipping containers. The pirates also had plenty of opportunities because they pretended to be the Coast Guard when they boarded and then came on the ship in a large number.

The pirates had taken down the captain of the freighter. Just not before the captain got a shot off and injured one of the pirates. There was still blood on the ship which led the team to suspect the injured man was still around and so they went looking for him. Tani later found him. She was also forced to kill him when he resisted and so there went their best lead. The team had this case and another one to worry about with Noelani. Noelani’s uncle died and she spotted a weird rash on him at his wake.

The rash couldn’t have come from his death. He supposedly died from a heart attack and so he couldn’t have developed a rash from that. Noelani took a closer at it. She thought it resembled a rash coming from carbon monoxide poisoning and she tried calling the coroner that performed the autopsy. The man refused to answer her questions. He didn’t want to say anything to her and so she went to his office with Quinn. Quinn used her badge. She told the coroner and she got him to admit that some men threatened his life when he performed the autopsy. He was told to lie or they were going to hurt him.

The man that threatened him had been a friend of Noelani’s uncle. It turns out this friend had covered up the fact that Noelani’s uncle committed suicide and he didn’t want that to be his friend’s legacy. The friend thought he was doing his friend a favor, but Noelani said suicide doesn’t make sense because her uncle would never do such a thing and so she continued to investigate what happened with Quinn’s help. The rest of the team meanwhile investigated the pirates. The pirates had taken a shipping container that wasn’t on the manifest and the team found a connection between their dead pirate and a crew member.

Carl Lawson went to the same high school as the dead pirate. He had been very helpful back when the team hadn’t suspected him and so they kept a close eye on him. They also tried to figure out what it is he smuggled on board the ship. The best way to find that out was to find the pirates and so the team looked for boats matching the fake Coat Guard’s description. Tani reached out to an old friend. He had contacts with the darker side of Hawaii and so he hooked her up with a guy that hide a stolen boat.

Tani caught admitting to a crime. She then used that to flip him and she got a name. Michael Garcia. The team was running the name when Noelani and Quinn found evidence her uncle had been murdered. They next had to ask themselves “why”? Why would anyone kill her uncle? Noelani’s uncle was heavy into drugs and then he turned his life around. He starts helping kids escape the gangs on the island. Those same kids became the world to him and so Noelani and Quinn started to ask questions. They found out a young teenager had told Noelani’s uncle about a certain gang that was being run by a councilman.

Councilman Mikala was dirty. He was pushing drugs on the street and he was using his position to hide the evidence of his crime from HPD. The women were formulating a plan on taking down the councilman when Five-0 ran into some trouble. They traced the pirates back to a house and they found their pirates all dead. There was no obvious cause of death. They were surrounded by piles of carfentanil. It was a synthetic drug that much deadlier than heroin and it can kill if it comes into close contact with the skin. And unfortunately, it did just that with the pirates. The pirates all died from an accidental overdose.

The team also had to deal with a group of armed men that tried to collect the drugs. Five-0 took down this team with little problem and they were also treated for being in close contact with the carfentanil.

And afterward, everyone was there for Noelani after she took down the councilman and was finally able to bury her uncle in peace.