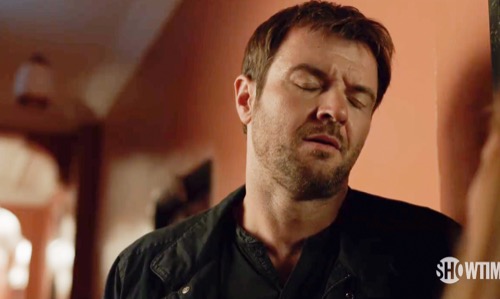 Tonight on Showtime their Emmy Award-winning drama series, Homeland airs with an all-new Sunday, April 12, 2020, season 8 episode 10 called “Designated Driver,” and we have your weekly Homeland recap below.  On tonight’s Homeland Season 8 Episode 10 “Designated Driver,” as per the Showtime synopsis, “Carrie’s being called back by Saul. As National Security Adviser to the new President of the United States, Saul is tasked with negotiating peace with the Taliban in Afghanistan.”

Carrie is walking through the city, she hops into a truck and starts going through some papers, she writes down something she heard on a paper, she says it is evidence. She heads to the airfield, it is going to take six hours to get there.

The president meets the ambassador of Pakistan who tells him that if his troops cross their border, they will defend with all of their arsenals. David tries to calm the ambassador down, he tells him he has a half dozen special operatives sitting in a prison in Pakistan and he is asking him to ignore that for the time being.

Meanwhile, Pakistan is proud they are holding firm. Jilal finds out and asks for advice, he is told to gather men and weapons, stay out of sight. Jilal wants to attack the 20,000 Americans that are in their country, he is told that it will only bring more, don’t be stupid.

Bagram airfield, Carrie arrives, she is looking for hanger 23 where the President’s helicopter took off, she gets out of the truck and tells her driver to meet her back there in twenty minutes. Carrie goes inside, Morley is there, he threatens to call for help when he sees her. She manages to grab his attention and show him the information from the flight recorder. Carrie gets her confirmation, the President’s helicopter was not shot down, it was an engine malfunction. Saul tells her they need to get the black box, she says it is with the Russians and she has no credibility. She tells him to get to Russians and ask what they want to get it back, he says ok, but it is time to turn herself in. Carrie goes back to the truck.

Mike finds out that Carrie snuck back on the base, she is in Kabal and should be there. Mike tells Jenna to put a team together and get Carrie back.

Saul meets with his Russian contact and tells him that someone in his government has the black box and he wants to know the price to get it back.

Carrie gets her gun, she is looking for Yevgeny, she gets her driver to drop her at a place where she knows he stays. Carrie finds the apartment empty.

Saul gets a call, nobody at the Russian embassy has heard anything about the flight recorder; he is told that he is barking up the wrong tree. Saul can’t believe it, Yevgeny took it, the Russian government has to have it. Saul pleads with Victor to tell him what they said, he says he did what he can. Saul wants to know their exact words, Victor says, “we have what we want.”

Carrie is stuck in a traffic jam, two men ambush her truck and kidnap her by gunpoint. Yevgeny is there, he tells her that it wasn’t personal. She tells him that he took something of hers and she wants it back. He says Saul is looking for it too and for him, there is no price, for her, there may be. Yevgeny tells her that there is an agent that has secrets about his country and he needs to know his name. Carrie tells him there is nobody, and even if there was, Saul, won’t give it up, there is nothing she can do. He says it won’t be easy, but this is her only option. She tells him she can’t betray Saul, he says that from what he has seen, she can do just about anything.

Jilal is testing out his firearms with is men when he advisor drives up and tells him that he found a target, Americans. His advisor tells him that if he kills Americans it will mean more war. Jilal won’t listen, he says his father gave up and he won’t.

Carrie calls Saul, he says he spoke to the Russians and they don’t know anything about the black box, he knows they are lying and keeping it, he just can’t figure out why. He tells her to think, and then asks if Yevgeny said anything. She says no. Carrie is back with her driver, she tells him that the people who took her made her an offer and she has no option but to accept, she heads back out of the truck again, she is on her own.

Carrie turns herself in. Mike finds out that their team in Pakistan is going to be released. Jenna tells Mike that she wants to be at the border, someone should be there to handle the handover. Mike finds out that Carrie just turned herself in at the front gate. Mike goes to see Carrie, ushers her into an interrogation room.

Jenna is watching Carrie in the interrogation room, she then goes in and brings her a bottle of water. She asks her why she there, Carrie says because they have been looking for her. Jenna tells her that Pakistan is going to release their team of 20 and she knows the black box is a lie. Jenna asks her if she is going to give her up because she was stupid and told her where the safe house was, Carrie, says no. Carrie tells her that if the FBI sees her talking to a Russian spy she is going to get in trouble, she should leave.

Vanessa and Ray meet with Carrie, Jenna and Mike are listening in. Vanessa brings to the table that she was the one that suggested the trip to the President, and wonders if she leaked it to the Russians, who left it to Pakistan who shot down his helicopter. Carrie says she is under the protection of the United States and wants a lawyer. Jenna says it almost looks like Carrie wants to be arrested.

Saul finds out from David that Carrie turned herself in, and heading back to the US under his protection. David tells him that he needs his help, he needs to keep his distance while the negotiation is going on to release the 20 Americans. Saul says whatever trouble Carrie is in, is because of him and he is not turning his back on her.

Carrie is put in a vehicle to head to the airport and back to the US.

Angoor Ada Gate, Afghan/Pakistan Border: Jenna arrives to greet the convoy. Meanwhile, Carrie arrives at the airport and gets on a private plane.

The convoy is nearing the border and the car with the bomb is close by. Jenna can see the convoy, the driver stops at the border, gives the guards some papers, the men are locked in the truck still. Carrie’s plan is about to go up when the car races down the street towards the convoy and blows it up.