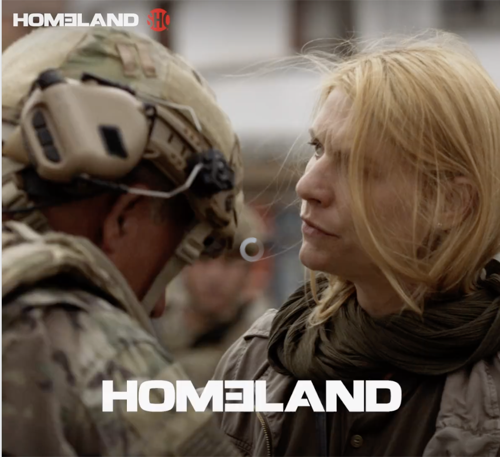 Tonight’s episode of Homeland opens with Carrie being detained with handcuffs, Kevin Danz tells someone to get the handcuffs off her, he tells her that he works for Saul and she is staying there. Carrie sees a TV news report, she finds out that the convoy got hit with a bomb, all the men are dead and Jenna is hurt.

Saul knew something was going to happen, Pakistan said if they tried to cross their borders there would be repercussions.

Saul is at home, he tells Carrie that everything they kept at bay for decades is not being discussed as an open option by Zabel, he is a contagion. She says she can still tell them what she heard on the flight recorder, he says they have already discussed this. She says, so they need the real thing, the flight recorder, Saul says yes. She says he must know someone who can help, an asset in the Kremlin. She says it has been rumored for years that he has an undeclared source, this is the time. He says there is none and he wishes there was. Saul goes to pour himself a drink.

East Berlin 1986, Saul thinks back to a bookstore in Berlin where there is a book, that is now on his bookshelf.

Carrie meets Jenna at the airport, she tells her that she lied to her. Carrie says she was telling the truth, she was looking for the flight recorder, Jalal did not shoot down the helicopter. Jenna asks where is it, Carrie says Yevgeny stole it and he is willing to trade it, for a Russian asset that Saul has. Jenna tells Carrie that nobody will talk to her, and she can’t help her at all. The only thing she can do is let everyone know what she is up to, beginning with Saul.

Saul calls Naseem, she is upset, he tells her the situation is delicate, he asks her to give them Jilal. She says she doesn’t know where he is, he asks for just a probable target.

Jenna goes to see Saul about Carrie. She says that Carrie ambushed her and says a lot of crazy stuff. There is a black box that she found, Jilial didn’t shoot down the helicopter, and Yevgeny stole it. Saul says it is true, all of it. He says that when you are dealing with Carrie you have decided what matters, what kind of person you are.

Time for Carrie to go to court, Kevin Danz is there with her, he tells her to breathe when it gets sot to be overwhelming for her. Carrie goes to the washroom, a woman named Charlotte Benson gives her her card and tells her she is there on behalf of Yevgeny, if there is anything she needs, she should let her know. Carrie tells her to buzz off.

Jenna is called as a witness, she says it is not ok and she needs a few days, she gets up and leaves.

Zabel walks into Saul’s office and tells him that have intel on Jalal’s whereabouts and everyone is in the situation room about to pull the trigger. Saul is standing near the President who asks him if he wants to tell him what is going on. Saul goes to leave for New York.

Jenna meets Carrie, she gives her a folder. In 1986 Saul recruited a man a KGB language school in East Berlin, for some reason the guy panicked and had to get out in a hurry. He lost a leg, but he is still alive and living under witness protection in Pennsylvania, under Alex Surnow. He is not the asset, he has been stateside for thirty years. But, she thinks he may know something. Carrie thanks her. Jenna asks her if she is sure she wants to do this, betray Saul. Carrie says she is sure she doesn’t, but there is no other way. Jenna says she is done, with everything, the whole CIA. Jenna says she tries to see things like Carrie, but she can’t.

Carrie goes to visit Alex Surnow, she gives a fake name and tells him they have Saul in common. He tries to deny it, but she says Saul saved his life. She says it is nearly forty years since he defected, most of the files have been declassified. He asks if Saul knows she is there, she says sure to feel free to call him. He asks her what does she want to know, she says anything that was not in the files.

He tells her how Saul saved his life. She looks over at a photo and asks him what happened to the other cadets in his class, he says they were put up against the wall and shot all of them for failing to detect his defection. She sees in the photo, one of them was a woman, he says she was the English instructor. Carrie sees a red book on his table, she remembers that Saul has similar books in his house.

The delegates meet, Saul loses it and asks the Russian where is the black box and how much does he want for it.

Carrie is at Saul’s house going through the books on his shelf. She goes through all the books and finds that they have dates on them, she puts them in date order and starts to go through them. She finally figures out where there are secret messages stored in the binding of the book. Meanwhile, Saul receives another red book by his informant, in the binding of the book there is a note, “the price has already been asked, it is Yevgenny’s play.” Saul thinks back to when he was younger in Russia, he is almost killed by two men when the teacher saves him. She asks him, do you trust me now.

Carrie leaves Saul’s house, she gets into a car with Charlotte Benson. Carrie asks her if she arranged the call, she says he is waiting. She brings Carrie to a home, there is a laptop and Yevgeny is on it. She asks him if he is enjoying this. She tells him that the asset exists and she knows how they communicate with each other. In return for intel, she wants the black box. He tells her that the Kremlin has listened to it.

She says she needs some records from a KGB archive, and when she gets them, she will be able to give him the name. Yevgeny tells her they already looked at the school, all the records were burned, the trail is dead. She says she has done all that she can. He tells her the war is coming from Pakistan, it is out of his control, she needs to stop this. He tells her that if she can’t find the asset, she can take out Saul. She says he knew Saul wouldn’t give up his asset, he knew it would come to this. He tells her to kill Saul. Carrie closes the laptop and leaves.