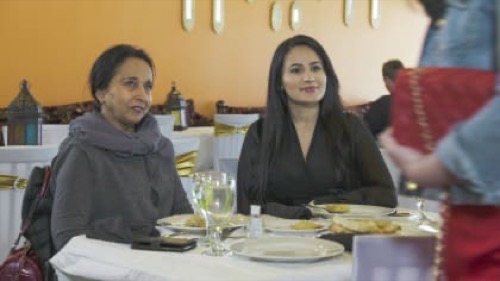 At Justina’s request, Jason asks his mother to butt out of wedding planning. A visit with the architect proves Matt’s mom has shocking plans for their new house.”

Kim has her own ideas. She didn’t like that they were converting Kelly’s garage into her dream home. She originally wanted to buy a home elsewhere and so she only came to accept the idea because of her boyfriend. Her boyfriend Matt was afraid to stand up to his mother. His mother Kelly was the one who came up with the conversion idea because she hadn’t wanted Matt to move away from her, but Matt gives into her way too much and even this new house became a thing between Kelly and Kim. Kim had crafted an idea of what she wanted her dream house to look like. She discussed it with Matt and Matt even agreed and so it was surprising when he went back on his word the moment his mother didn’t like something.

Kelly thought Matt’s new home would be her second one. She wanted to have her own bedroom. She wanted the house to be crafted for someone who was at an advanced age and she hated Kim’s ideas. Kim wanted an open concept. Kelly said she preferred walls and so Matt agreed with her. Kim wanted a doggy door. Kelly said that thieves could break in by climbing through that door and so Matte agreed with her. Matt couldn’t see how vindictive his mother was. She was shooting down every single one of Kim’s ideas because she wanted Kim to feel like an outsider and she wanted to remind Kim that she gets to make all the decisions. Kelly was paying for her garage to be converted into a house.

Kelly believes her money meant she gets to decide everything. Her husband wouldn’t even speak up. He just let Kelly have her own way and so no one was on Kim’s side. Kim was just expected to cater to another woman for the rest of her life. Kim couldn’t wait Kelly out because Kelly demanded to be heard on everything and Matt allowed it. Matt and his father were both pushovers. They didn’t know how to stand up to Kelly or tell her she was wrong and the poor architect was caught in the middle. He was just trying to do his job helping them convert a garage into a house. He didn’t want to be caught between Kim and Kelly and that’s exactly what happened with their first discussion. He didn’t know who he should listen to.

Emily didn’t have that problem. She’s won against Laila. Laila wanted her son Shekeb to be with a Muslim Afghani girl and so she hated Emily because Emily wasn’t Muslim or Afghani. She was Korean. Emily knows that she’s not what Laila wanted for her son and she still tried to befriend the other woman. She’s been nice to her every time they’ve met. She helped make Laila’s birthday special by picking out the birthday cake and she also got a gift for Laila. Laila chose to respond to those actions by being mean to Emily. She called Emily a pig. She accused Emily of trying to poison her with the birthday cake and she would have gone further if Shekeb hadn’t stood up for Emily. Shekeb loves Emily. He wasn’t going to let his mother disrespect her like that.

Shekeb got Emily out of there. He also stayed with her for the next few days because he was that upset with his mother and so Shekeb only left with Emily’s blessing. Emily didn’t mean to come between him and his mom. She knows what it’s like to live with a mother’s expectations. Her own mother could be quite difficult because her mom wanted Emily to be with a rich Korean doctor and Emily wants to be with Shekeb. Emily truly fears the day that her parents met Shekeb’s parents because she knew her mom would side with Laila on how the couple should break up. Her mother is not playing with the rich Korean doctor. She wants Emily to live the way she wants and she also thinks Emily could lose some weight.

Only Shekeb loves Emily just as she is. Emily loves him just as he is. The couple were happy and it was their mothers that had a problem with their relationship. Laila hadn’t been happy to see Shekeb after those few days he spent at Emily’s. She still claims that Emily ruined her birthday and she also said she couldn’t sleep knowing that Shekeb was with that woman. Laila wants Shekeb to marry the woman she picks out for him. She forgets that he did that once before and he’s divorced now because he wasn’t happy with his ex. He hadn’t loved her. He only married her to make his mother happy and he had been left miserable in the marriage. And so Shekeb is staying with Emily because they were in love and they were happy together.

Justina and Jason were happy. They were happy because Justina was often too nice to speak up for herself against his mother Annette. Annette has taken over their wedding planner and she was acting like it was her wedding. It wasn’t. It was Jason and Justina’s wedding and so Justina talked to her sisters about it. She told them about the problems she was facing. She mentioned Jason’s tux that didn’t go with anything at the wedding party and her sisters helped her to realize that she needed to speak up now before she ends up with a wedding she doesn’t want. So, Justina told Jason that she wouldn’t marry him if he was wearing that red tux. She wanted him to stick to the wedding scheme they agreed to and so Jason agreed to go along with what she wanted. He backed down from the red tux.

Jason next had to tell his mom about the tux. He knew that Justina was unhappy with the way Annette has taken over their wedding and so he had his little chat with his mom. He told Annette that he wasn’t going to wear the tux she picked out. He said Justina wouldn’t marry him in that tux and that made Annette upset because she claims that he was giving into Justina too much. She says that Jason wasn’t getting what he wanted out of the wedding. Annette also said that she has to decide things because Jason and Justina couldn’t make a decision on their own and that’s not true. The couple has decided on a venue. They found a venue in Las Vegas and it exactly what they wanted. It was rustic. It was an old summer cabin and people could stay in the cabins.

Jason didn’t tell his mother about the venue because he was afraid of what she might say. He instead let his mom believe that she can still pick out the venue and so she still walked away happy. Also, Shekeb got Laila to agree to meet with Emily. He thought his mother was finally coming around to the idea and so he and Emily showed up to dinner. They met his mother and they met the woman she brought along. Laila brought with her a young Muslim Afghani woman. And she only agreed to meet Emily because she wanted to set Shekeb up on a blind date with the woman she brought along.