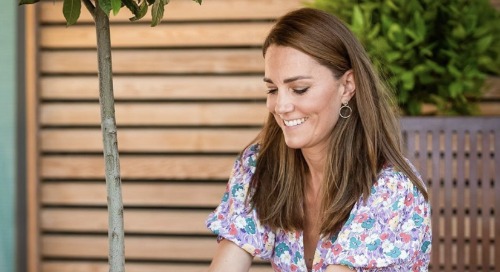 British royals news reveals that Prince Harry’s relationship with Prince William and Kate Middleton is still tense. As royal watchers know, Prince Harry and Meghan Markle stepped back as senior members of the royal family this past spring, and there’s long been talk of the brothers not getting along.

Well, according to the authors of a new book called “Royals At War,” the relationship started going downhill when William and Kate issued Harry a dire warning. Authors Dylan Howard and Andy Tillett say that Kate Middleton specifically took Prince Harry aside to express her concern that he needed to take things slowly with Meghan Markle.

According to the authors, Kate counseled Harry that it would take “time, care, and attention” for Meghan Markle to properly integrate with the family. Apparently, Kate realized that Meghan simply wasn’t accustomed to the ways of the royal family, and she realized what a difficult transition Meghan could have.

The authors claim that William and Kate’s concerns totally came across wrong, and that Prince Harry became convinced that the family – and even palace aides – were against him and Meghan being together. And it’s unfortunate, since it’s the authors’ belief that there was never any real ill will on the part of William or Kate against Meghan.

And if all of this weren’t enough, the book’s authors claim that Prince Harry’s spending habits drastically changed after his marriage to Meghan Markle, and that his controversial refurbishing of Frogmore Cottage, where he lived with Meghan, raised eyebrows. Then, Harry started spending money on things like acupuncture, massages, and other “wellness” expenditures.

That, plus, Meghan’s reported £478,920 spent on maternity clothes and other expenses, seemed to only make the rift between the brothers worse. Perhaps the spending served to confirm what Prince William and Kate Middleton were saying from the outset – that Meghan is simply from a different world with different ways of doing things.

At any rate, it would seem that Prince Harry and Meghan Markle wanted a very different life, and that’s what they’ve got. But whether the rift between the two couples, and between Prince Harry and Prince William in particular can be healed remains to be seen. Be sure to check back with us here at CDL for more of the latest British royals updates and news.