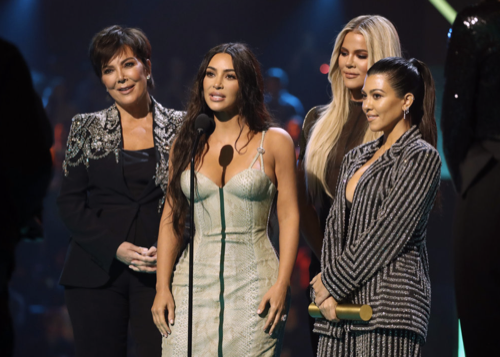 Tonight E!’s most-watched series Keeping Up With The Kardashians (KUWTK) returns with an all-new Thursday, September 24, 2020, season 19 episode 2 and we have your KUWTK recap below.  On tonight’s KUWTK season 19 episode 2 called, “As concerns begin to grow over the Coronavirus, Kim and Kourtney head to Paris for the Yeezy season 8 launch. Kris and Corey welcome a new puppy, and Khloe and Scott’s prank on Kris continues taking yet another turn.”

Scott and Khloe admit to Kris that they have been pranking her since October. Everyone was in on it. Kris is laughing but cannot believe how many people are in on it. Kim doesn’t know they confessed so now they plan to prank her.

Kris calls Kim who is on a shoot. Kris acts panicked, sharing that bad photos of her are circulating. Kim giggles and goes with it, not saying anything.

The family meets at Nobu to eat. Kim tries to get her mom to order a drink. Kim tells them how Kanye is in Paris. She invites them all to go. Everyone discusses the new virus circulating. Kim has talked to friends and there isn’t a huge concern. Kris and Corey share how they have adopted a rescue dog named Bridgette.

Meanwhile, Khloe and Scott talk about whether they want to go to Fashion Week as talks of the virus grows. Kim and Kourtney have arrived in Paris. They learn that Fashion Week has been canceled. They head to dinner, unsure about what to do. After, they head to an amusement park.

The next day, Kim and Kourtney get dressed in all latex to head to Kanye’s service. Back at home, Kris leaves Corey to deal with the dog trainer while she goes to see her mom.

Kim, Kourtney, and the kids arrive at Kanye’s service. Kim thinks it is amazing. Meanwhile, Corey is annoyed that Kris isn’t helping with the dog. He gives the dog all of his attention.

At lunch, Corey spoils the dog. Kim thinks he has gone crazy for ordering the dog organic chicken and more.

Kim, Kourtney, Kanye, and a friend of Kim’s meets for lunch. They talk about Kanye’s show and the virus. It seems to be spreading fast. They discuss Khloe and Scott staying home. Kris calls Kim and tells her she is checking in to rehab. Kris and Khloe laugh quietly, pranking Kim who thinks the prank is still on Kris. Kim is too stressed over Kanye’s show.

Kris goes to lunch with her friend Faye and shares how Corey is too in love with their dog. She just wants her boyfriend back.

Kim and North are waiting for Kourtney. Kim wants to leave now. She needs to be in time for Kanye’s show. They finally leave and arrive on time. Kanye meets them. They watch the show. North goes with Kanye. After the show, North talks to the crowd. Kim cries. She cannot believe how fearless she is.

The girls head out. Kim is so happy. They all meet at dinner. Kim tells Kanye how great the show was and how proud she is.

Corey arrives home to find Kris dressed like a puppy. Corey thinks she looks so cute. They spend some alone time after he tells her he doesn’t want to be a single dog dad.

Kris calls Kim and pranks her, telling her she is checking into rehab. Kim tries to tell her mom what happened and that is was all Khloe. Scott plays along with Kris who explodes on Kim. Kim freaks. Kris pops into the room. Kim laughs. They explain that they all knew and that’s why they pranked Kim in the end.