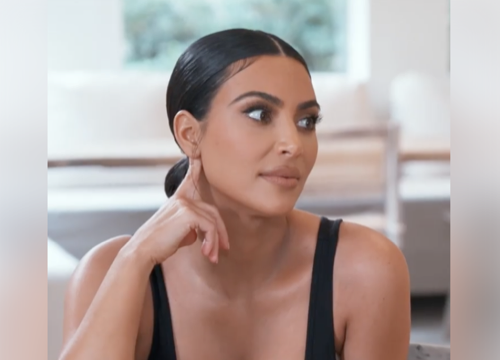 Tonight E!’s most-watched series Keeping Up With The Kardashians (KUWTK) returns with an all-new Thursday, October 1, 2020, season 19 episode 3 and we have your KUWTK recap below.  On tonight’s KUWTK season 19 episode 3 called, “Journey To Healing,” as per the E! synopsis, “Scott experiences some troubling health issues and Kim heads to Washington to meet with some formerly incarcerated women. Khloe is determined to cure Kim of her fear of spiders.”

Scott and Khloe admit to Kris that they have been pranking her since October. Everyone was in on it. Kris is laughing but cannot believe how many people are in on it. Kim doesn’t know they confessed so now they plan to prank her.

Kris calls Kim who is on a shoot. Kris acts panicked, sharing that bad photos of her are circulating. Kim giggles and goes with it, not saying anything.

The family meets at Nobu to eat. Kim tries to get her mom to order a drink. Kim tells them how Kanye is in Paris. She invites them all to go. Everyone discusses the new virus circulating. Kim has talked to friends and there isn’t a huge concern. Kris and Corey share how they have adopted a rescue dog named Bridgette.

Meanwhile, Khloe and Scott talk about whether they want to go to Fashion Week as talks of the virus grows. Kim and Kourtney have arrived in Paris. They learn that Fashion Week has been canceled. They head to dinner, unsure about what to do. After, they head to an amusement park.

The next day, Kim and Kourtney get dressed in all latex to head to Kanye’s service. Back at home, Kris leaves Corey to deal with the dog trainer while she goes to see her mom.

Kim, Kourtney, and the kids arrive at Kanye’s service. Kim thinks it is amazing. Meanwhile, Corey is annoyed that Kris isn’t helping with the dog. He gives the dog all of his attention.

Scott heads to get vitamins and minerals via IV. Kim heads to lunch with the women who have been pardoned. She is so proud of all of them for sharing their stories. She plans to continue to fight for more women and men.

Kim calls Kris from the car. They talk about the coronavirus and Kim’s work with the ladies. Kris is very proud. After arriving home. Kim and Khloe head shopping. Khloe heads out the back door to meet the spider wrangler. She borrows a spider and puts it in the car without Kim knowing. When she eventually gets in the car, she freaks out. After heading home, the spider wrangler arrives to pick up the spider.

Scott is told his testosterone is very low. This is why he feels tired. Kim sits with him while he talks to his doctor. He decides diet is the best way to go. They review foods he should eat.

Kim invites Coyote Peterson, a YouTube personality and wildlife expert, to meet with North and some of the other kids. North begs Kim to touch the spider. North promises to be better in the morning. They have a deal. Kim touches the spider and screams. She also lets the spider sit on her head like North did.

Kris visits Scott’s house. They talk about his body and all the abuse he caused his body due to alcohol abuse and more. Kris loves that he is getting healthy.

Khloe discovers Kim has tried to prank her with a ton of inflatable whales in her bedroom.